How to Humanely Deal With a Yellow Jackets Nest 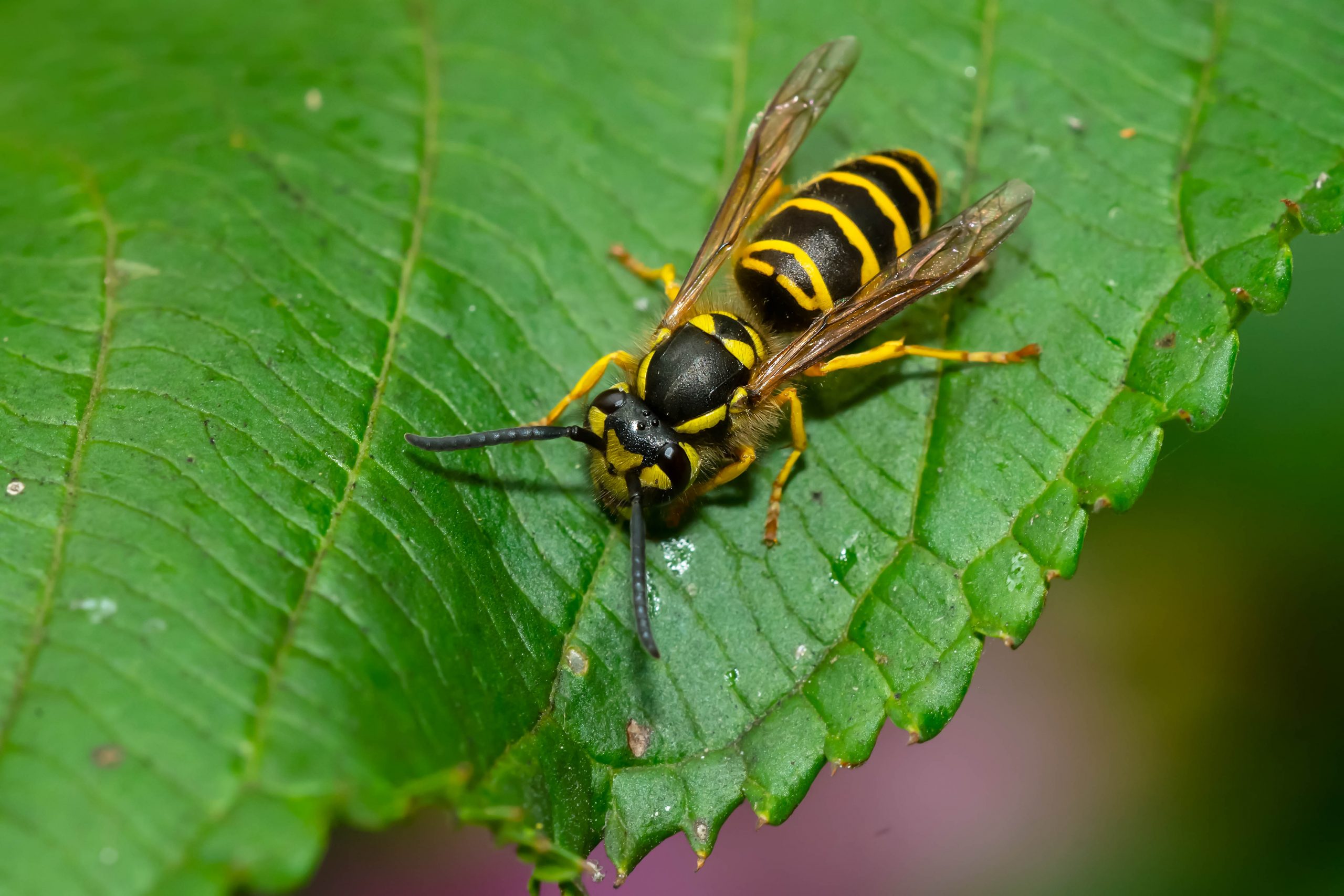 We, the compassionate animal lovers of the world, would love if all creatures of the earth were gentle and amiable with one another, but the fact of the matter is that this is not how the natural world works. Unfortunately, animals (and plants) often step on one another’s toes, and often the results can be quite damaging.

Yellow jackets can certainly leave an unfavorable impression when humans accidentally stumble upon a nest. Yellow jackets are not known for being particularly friendly. They can be aggressive, with stings that leave little doubt regarding whether or not you want to mess with that nest again. Unfortunately, they often set up homes right around where humans do.

But, before we completely harp on the yellow jacket, we should acknowledge that they are not all bad. Like other wasps, they are predatory insects, and they help control garden pests. Even so, most folks don’t want them around for fear of being stung, so here are a few things that can be done to help thwart that. 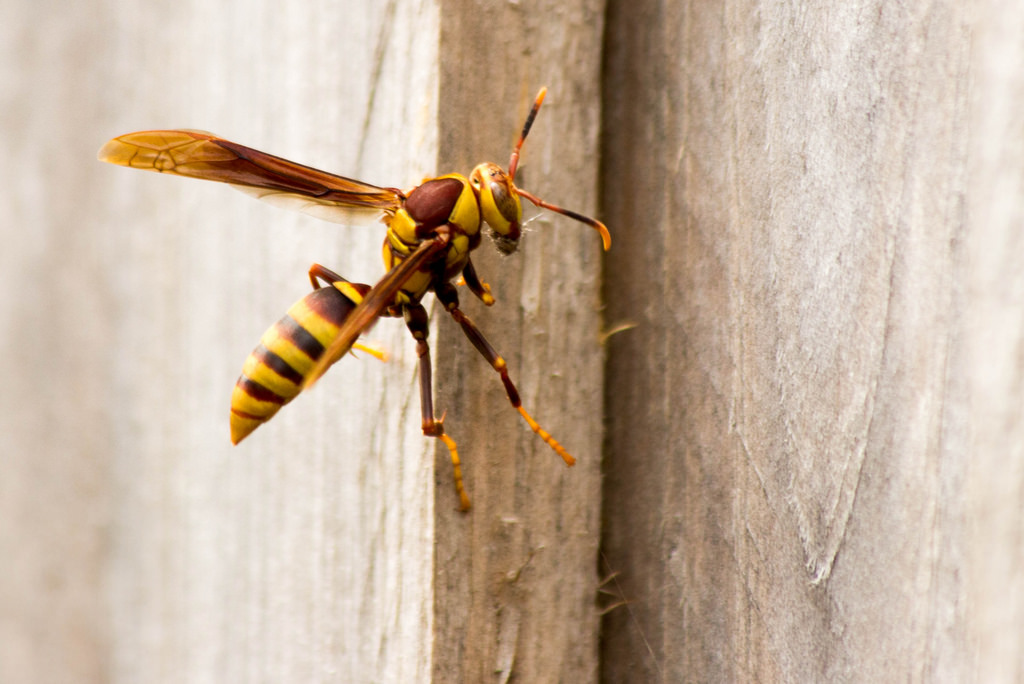 As we do with health, prevention is a much better option than treatment, so we should first aim to avoid creating a space that encourages yellow jackets to move in. In other words, we need to consider what tempts them. Yellow jackets tend to nest in the ground, usually in lawns, particularly where the turf is thin, or they find hollow logs, attics, or man-made walls. While insects are a large part of their diet, they do enjoy human food and will hang around open garbage cans, particularly drawn to meat and sugary foods.

For those looking to avoid yellow jacket problems before they begin, there are a few things we can do. Cultivating well-mulched productive gardens over lawns could help a lot, and addressing ideal spots like old wood piles or holes in walls will likely make your place less appealing for yellow jackets. Covering trash cans and keeping the outsides of them clean will cut off an easy and attractive food source. When eating outside, be sure to cover serving dishes and food when they aren’t being used. And, think twice about leaving pet food outside.

Another option that works sometimes is creating a false wasp nest (Despite how they look, yellow jackets are a type of wasp, not bee.). You can construct or buy elaborate, accurate designs and hang them under eaves and suspect areas, but many people just use inflated paper bags. Because wasps are territorial, they are said to avoid spots where other colonies are already established. This method is sometimes used to help with existing nests. 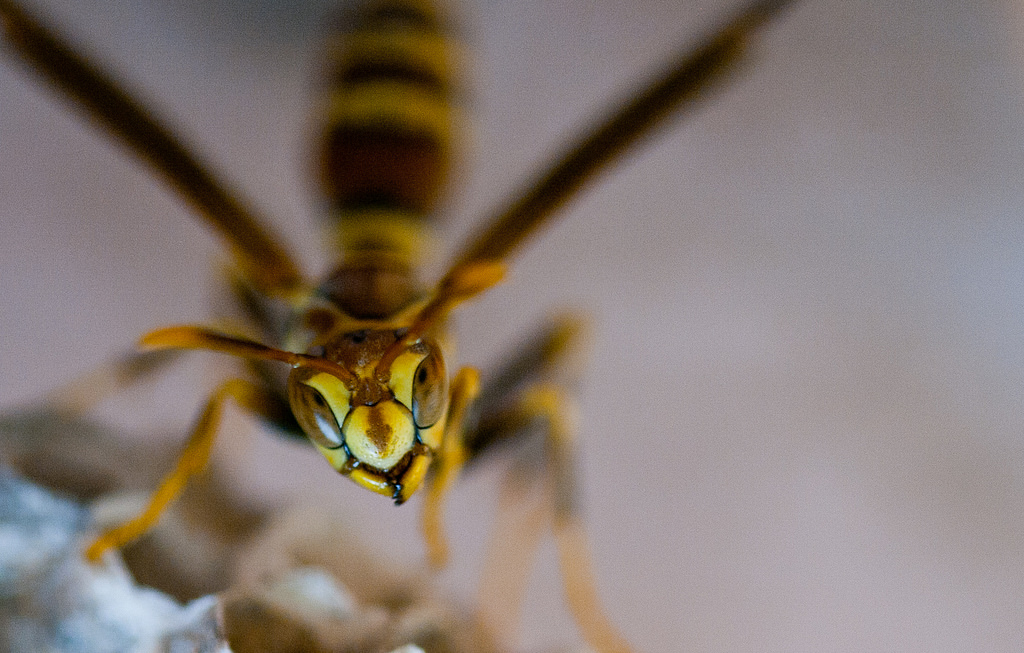 Despite our best efforts, sometimes nature inevitably takes its course, and yellow jackets may scope out a home site we missed. In this case, there are some passive solutions for dealing (or, more so, not dealing) with them. Yellow jackets do not really arrive until well into summertime, and they depart — never to return to the same nest — once winter hits. Some people prefer to just wait it out.

Of course, waiting it out would optimally not include being stung. If they aren’t in a high traffic spot, causing problems, leaving them alone might not be so bad. If they are in the lawn, this could mean simply avoiding the nest for the season and mowing around it. If they are in a shed or a wall, giving them a little space — a few feet — is usually enough.

Lastly, if something must be done near the nest, try to wait until the evening, especially when it’s dark, because yellow jackets cannot see well, and are more calm because they are not so active. If it is a ground nest and the entrance is apparent, it’s also possible to put a large bowl over it. They generally have one entrance and can’t burrow another one. Just remember to remove the bowl (again when it is cool and dark), or they will die. 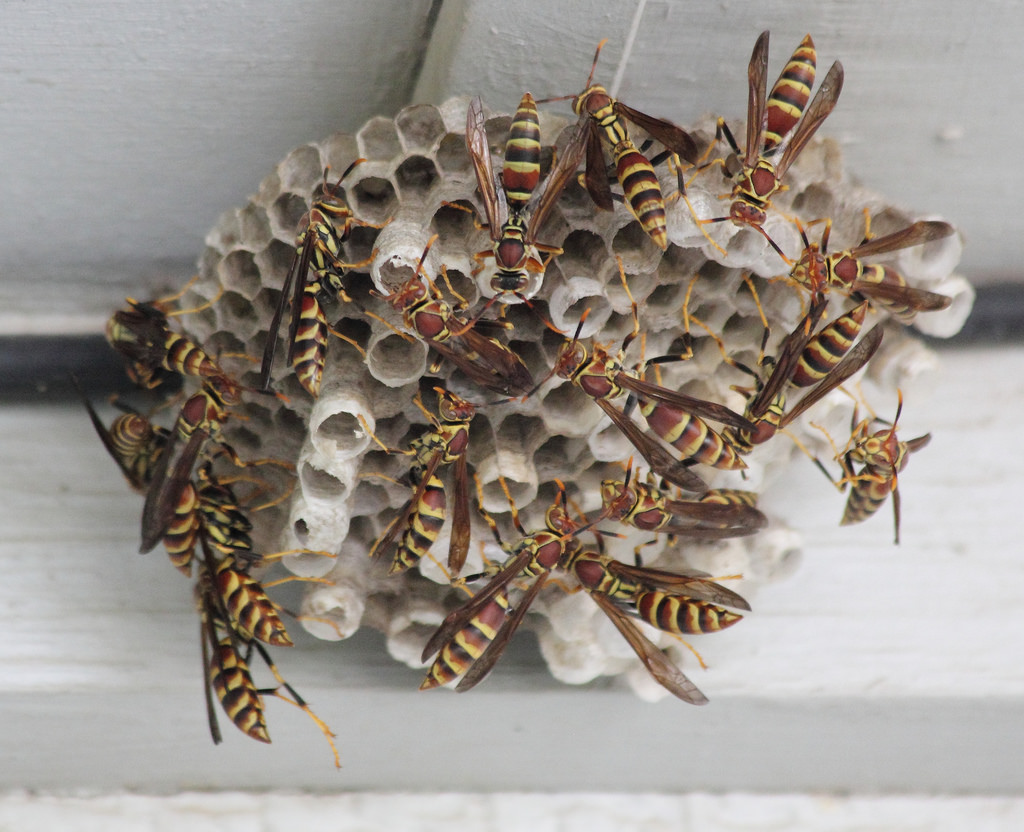 Having to remove the nest is definitely the worst case scenario. If it’s possible to do it early in the season before the colony gets too large, that is the best option.  If it is late in the season near autumn, it is probably worth just waiting it out, as the cold will naturally get rid of them. That is just their normal life cycle. Then, next year, be sure to take more preventative measures.

The last resort is an ugly one and not ideal for those who don’t want to kill things. Because the nests are underground or often inside walls, they are not easy to remove, and because yellow jackets, unlike bees, can and will sting multiple times, the thought of disturbing them is not pleasant. To get rid of these established nests usually requires killing the yellow jackets.

If it must be done, and really consider the “must” here (Can the area be avoided? Is anyone deathly allergic?), be very sure that they are yellow jackets and not honey bees. It can be done without poisonous sprays or other toxic substances: mint oil or Dr. Bonners peppermint soap and boiling water poured down the hole. It needs to be done in the evening, after the air has cooled, and the yellow jackets aren’t active. Be sure to block up the opening so that it doesn’t happen again.

We urge you to remember that learning to live in harmony with insects of all kinds – beneficial or not – is extremely important as they all play an important role in our ecosystem. Changing your mindset about yellow jackets (barring a serious allergy, then, of course, do what’s needed), can help you foster a more neutral relationship with them. You might find that taking the “you do your thing and I’ll do mine,” approach can work for everyone.