How and Why to Make a Magical Labyrinth in Your Garden 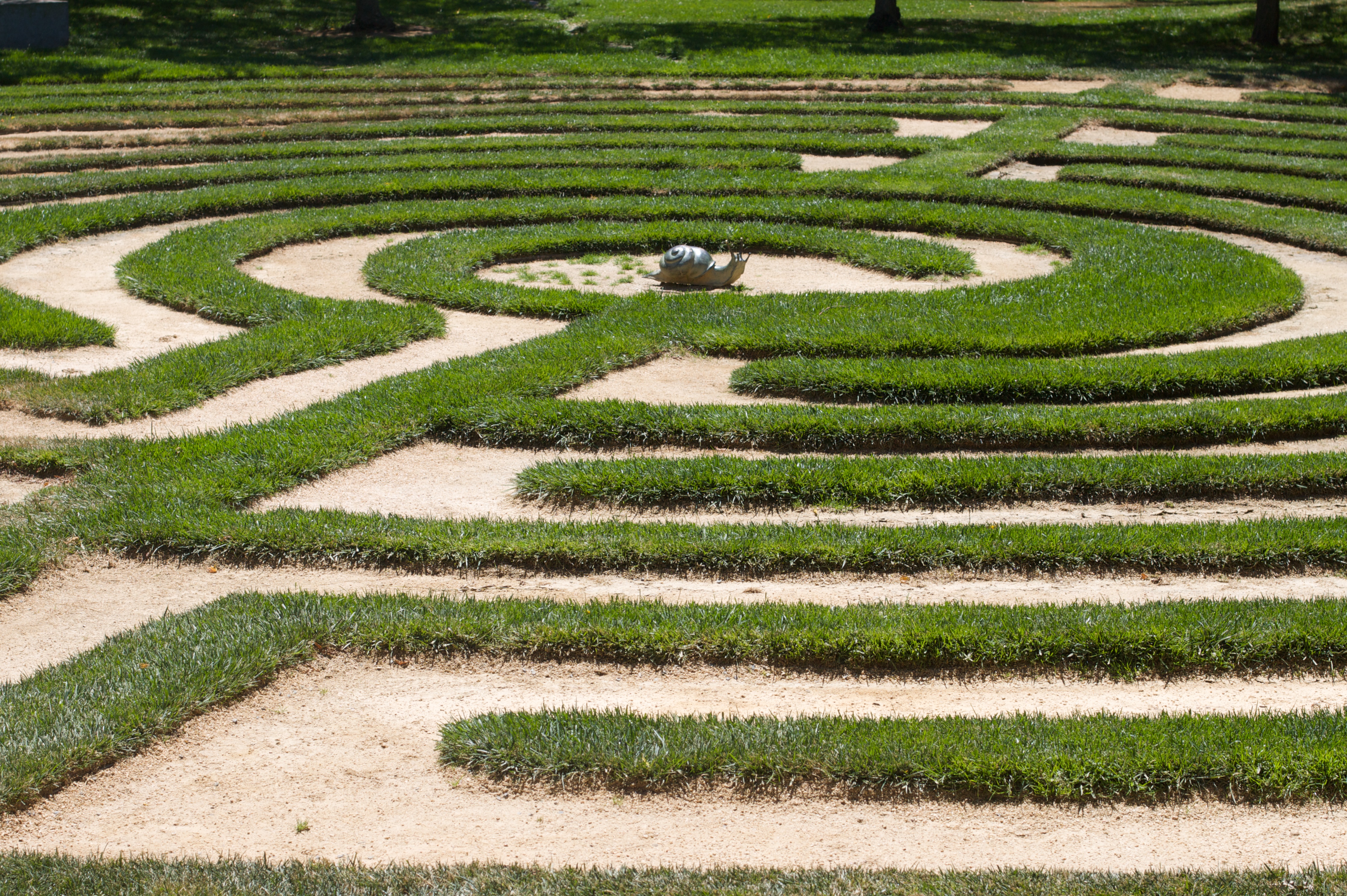 For those who love projects, particularly ones that get us outside and encourage us to spend more time there, building a garden labyrinth can be a wonderfully meditative exercise. What’s more is that, once finished, it can continue to provide an area of contemplation, as well as something fun and interesting for children to appreciate. Plus, they are pretty darn cool.

All that said, many are a bit intimidated by the idea of building a labyrinth. Aren’t they pretty complex? Aren’t they more or less like creating a maze in the yard? Doesn’t David Bowie, the Goblin King, live in one of those? How on earth can the average homeowner make one? Why would we want to?

Well, labyrinths needn’t be as elaborate as we might think, and they aren’t actually mazes. Labyrinths, while complex pathways, are not actually puzzles. They don’t require solving. The winding path leads to its final destination with no wrong turns but, indeed, with an abundance of prescribed turns. And, the ones we can build in a yards or back patios are mesmerizing and attractive features. 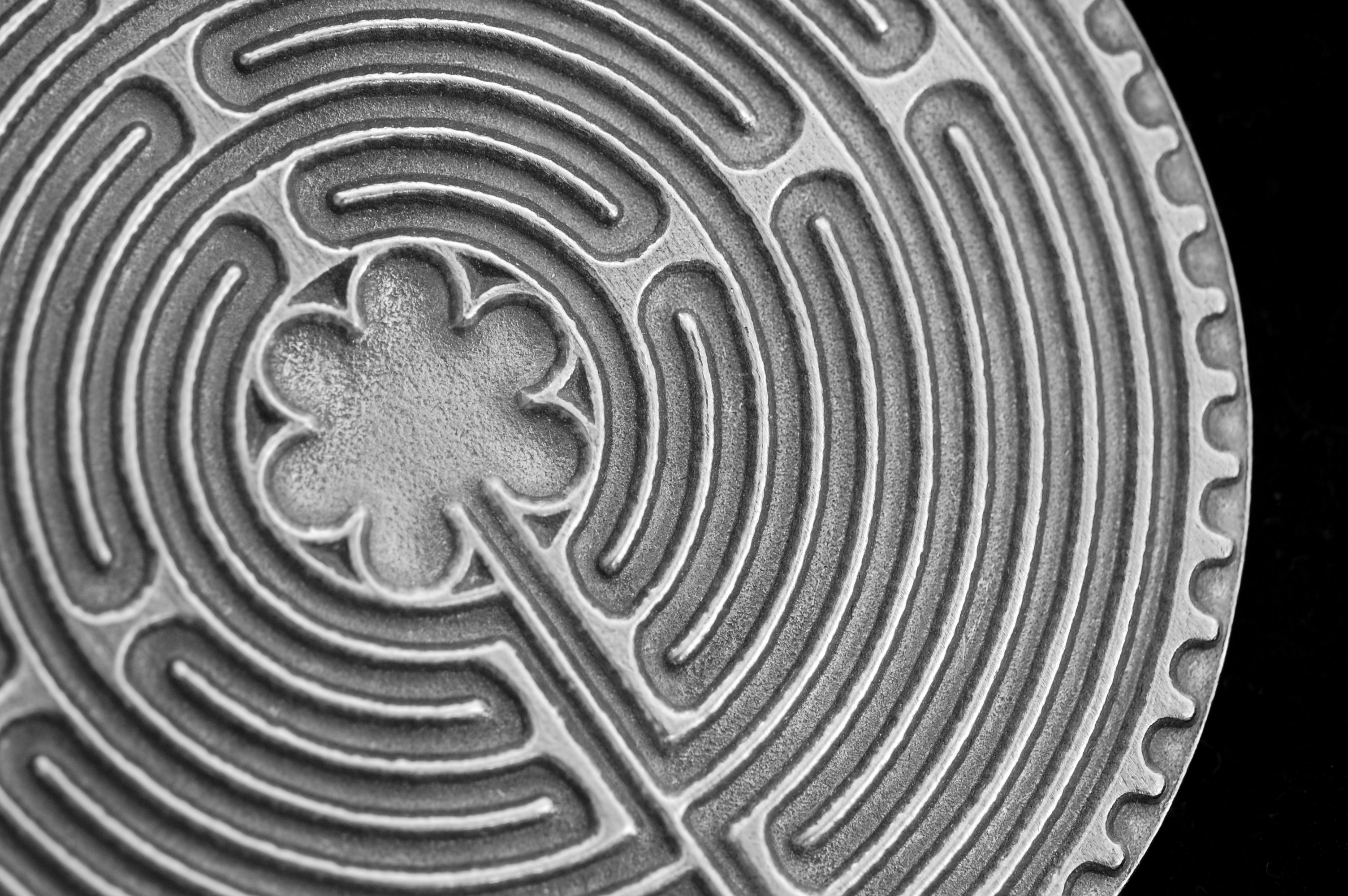 History of the Labyrinth

Hedge mazes, which is what most of think of nowadays when picturing a labyrinth, aren’t but a few hundred years old, but actual labyrinths—composed of one circuitous pathway leading from the entrance to the center of a space—have been around for thousands of years.

Labyrinths, in fact, date back to the Neolithic and Bronze Age, with smaller designs later found on coins in Crete representing Knossos, where the Minotaur was held captive. The Romans used them as protective symbols, often installed as mosaic floors in public buildings.

In medieval times, the complex pathways symbolized the struggle of faith and philosophy. They were commonly put in as tiles in cathedrals and churches. The Chartres Cathedral in France still has a labyrinth constructed in the 13th century. From there, the practice moved into village common areas in Europe, particularly England and Germany.

Labyrinths were also found in caves of India and Indonesia, as well as with works of rock art of the American Southwest. Ultimately, colonization spread labyrinths around the world. And, recently, they’ve made a serious comeback. It’s estimated that over 10,000 labyrinths have been built in the last quarter of a century. 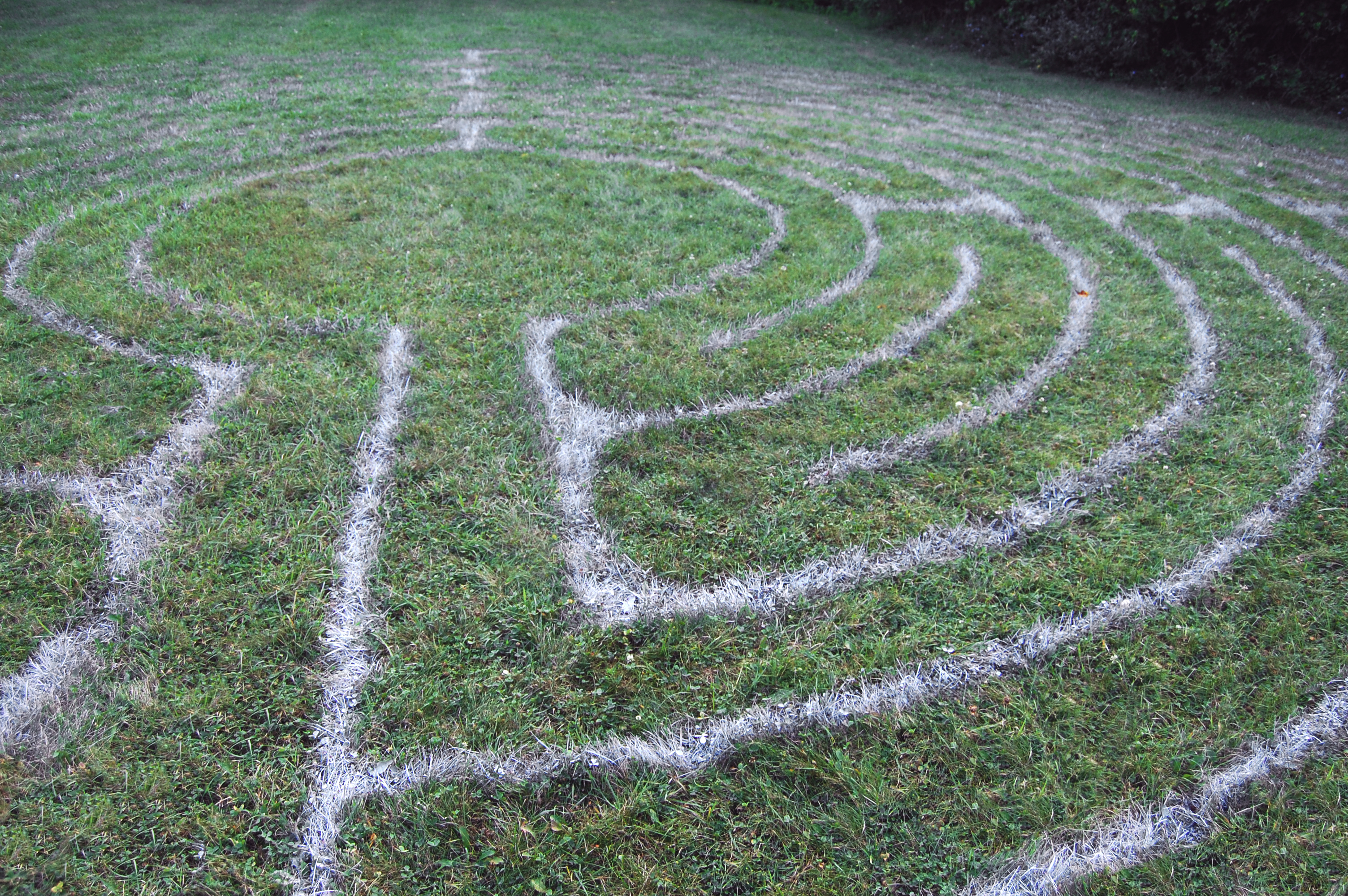 In a world caught up with speed and convenience, labyrinths stand in stark contrast. They are acts of love, works of art that require patience and persistence to construct and the same to walk. But, the act of doing these things have similar healing and healthful effects as meditation. Moreover, just about anyone with a lawn or green space has whatever skill and land it takes to build a labyrinth.

Backyard labyrinths can be constructed of many different materials. Paths can be grass with stones to mark out the labyrinth designs. Small hedges of lavender, flowers and other herbs can be grown as the walls to offer a living version. Bricks can be laid as the pathway amongst a grassy yard. Some people literally just cut out the sod to make dirt walkways.

The more important aspect of building a labyrinth is choosing the design. There are lots of formulas — “seed patterns” — out there for building a good labyrinth, stuffing seemingly miles of pathway into a confined space. Essentially, a “circuit” is the layers of paths that encircle the center of the labyrinths. In other words, a seven-circuit labyrinth has seven layers of pathway before getting back out to the outside world (or into the center). The more circuits, the more path to walk.

Once the pattern is picked, and the space and material has been decided, it’s time to mark out the pattern in the yard. This begins by marking out the labyrinth, staking the center and using a rope compass. The “walls” of the labyrinth are marked out with stakes and strings, chalk, paint or sprinklings of flour/gravel/birdseed. Then, depending on the material chosen, it’s either time to start installing the pathways (brick pavers, gravel, removed sod) or adding the walls (rocks, shrubs, hay bales, etc.). Having a little sitting stone, chair, or pillow at the center only adds to the meditative quality of completing the path.

What probably once seemed like a completely flight fancy is now both completely possible to have at home and, what’s more, it’s something fun to do with friends or kids. The labyrinth will be beautiful and mystical to look at, and for some, it truly functions as a place of contemplation and calming. Plus, again, they are just super cool.