How to Make a Hot Water Heater With Compost 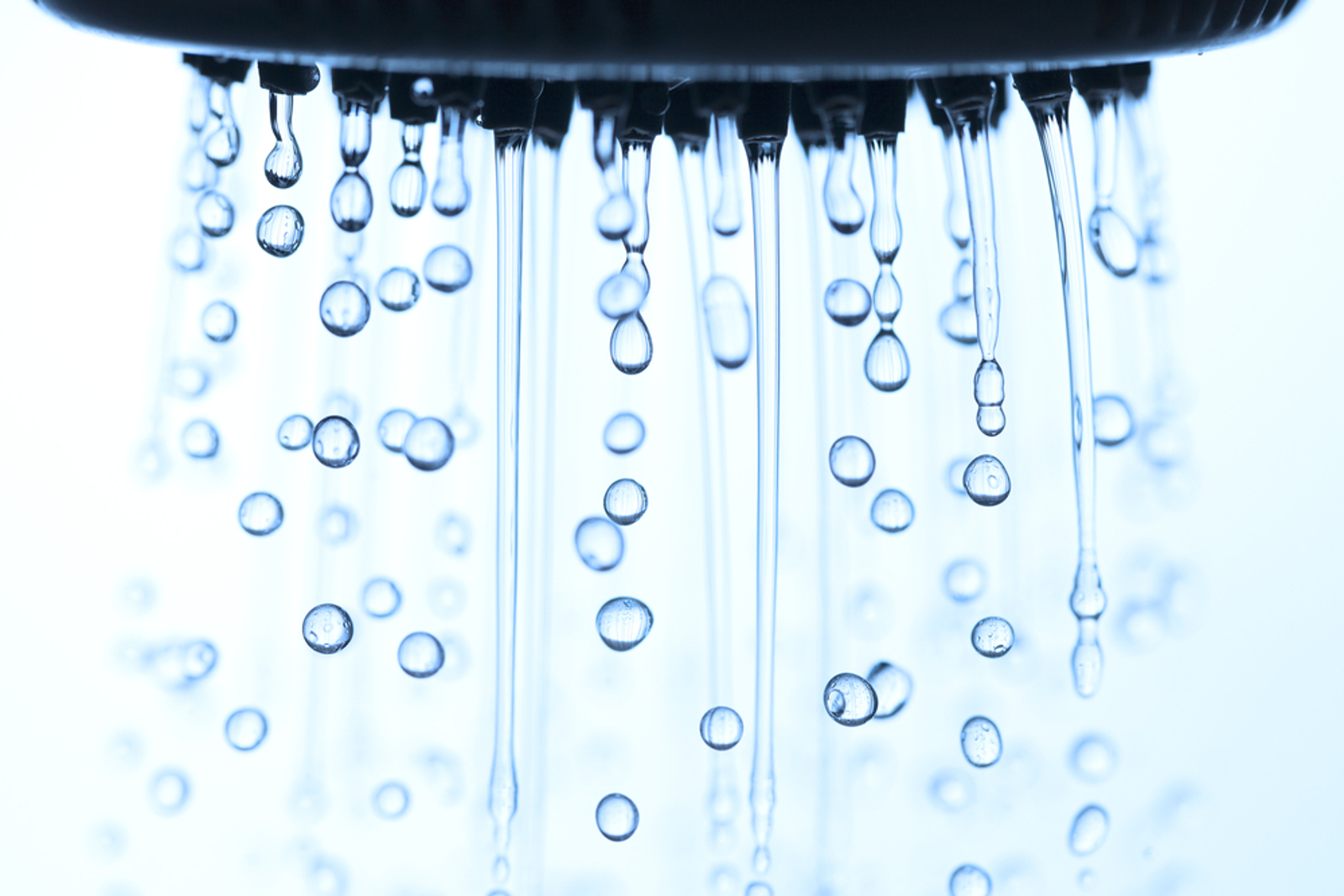 Hot water is one of those modern conveniences that even the hardiest of nature enthusiasts and most green-hearted warriors never fully give up or get over. Taking a cold shower just isn’t the same, isn’t nearly as fulfilling. But, there is a way to have a hot shower without using gas or electricity to heat the water, and in fact, in the end, the process creates the beautiful gift of rich and fertile compost.

That’s right! That magic stuff that is making kitchen scraps and lawn debris into gardening gold can also provide the shower with hot water. Ever notice how the compost heap often lets off billows of steam when it’s turned or when the weather turns cold. Well, even if you haven’t, the fact of the matter is that compost piles get hot, and rather than just allowing all that energy to escape, it’s possible to utilize it as a natural hot water heater.

The basic thought process of the compost hot water heater is that a hose will be coiled into the compost heap, which can heat up to about 160 degrees Fahrenheit (70 degrees Celsius). This is about the same limits as most conventional water heaters, so it can produce showers that are genuinely hot. In essence, as the water courses through the pipe through the compost, it’s as if it’s being heated by a furnace.

What You Need to Heat Your Water

In order to make this happen, most people use a flexible tube (about 300-400 feet of 1” irrigation pipe, or something similar) for the water to pass through the compost, during which time the compost pile acts as the water heater.

The compost pile needs to be fairly large, six feet by six feet by six feet (or a six-foot circle), so it’ll require the space to do that. Some people like to use wire cages to shape the heaps more precisely and higher. The model water heaters are actually much larger than this so that they provide heat for much longer.

Then, compostable materials, equal parts nitrogen (green) and carbon (brown) matter, are what the heap itself is made from. Vegan options include fresh grass clippings, coffee grounds, and food scraps for nitrogen elements and leaves, shredded paper, cardboard or wood chips from tree trimmers (small, about three-quarters of an inch is good) for carbon elements.

Lastly, it’s all about trapping that heat, which can be done by either encasing the compost pile in hay, which also acts as an insulator, or a tarp (upcycled billboard signs are good option for tarps).

Beyond the pile, it’s just a matter of setting up an incoming source of water from the house or an outdoor spigot (think natural, garden shower) and link to a nearby showerhead.

How to Build the Compost Water Heater 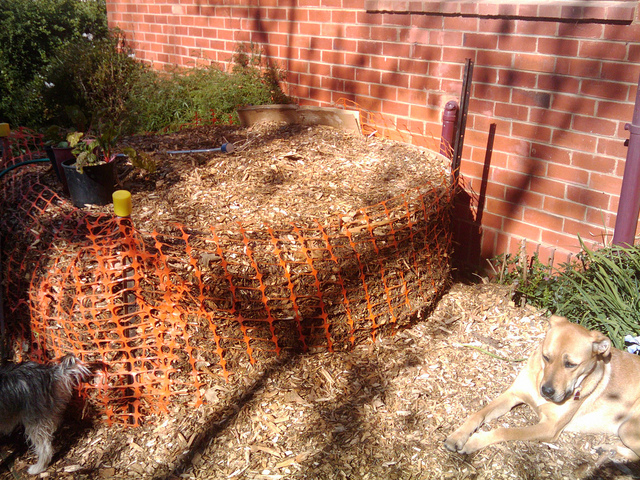 As with any compost pile, building an airy foundation of sticks and twigs helps to keep the fires stoked within it. It’s good form to have this foundation extend a little bit beyond the edges of the heap itself so that the air isn’t blocked from getting beneath it.

For this rather large compost mound, make sure that it has the nitrogen necessary to heat up, as well as the carbon required to make the heat last. Jean Pain, the French pioneer of compost heating systems, used a combination of wood chips and animal manure, but equal parts carbon and nitrogen as listed above should suffice.

Start with a carbon layer of about two inches (this can be very rough), topped off with a nitrogen layer of equal size. After that, coil the pipe atop the layer, then wet the pile generously. Pile another two layers atop that, and tamp it down tight, either stepping on it or using some sort of weight. Compress the pile well and make sure it is wet, as this will encourage anaerobic bacteria for decomposition, which makes for a hotter compost heap.

Coil the pipe again and repeat the process until the pile is complete, keeping the pipe at least a foot inside the compost heap. The pile should then be enshrined by either bales of hay or straw, which could be used to make cool no-soil raised beds in the spring, or by plastic sheeting, such as a tarp.

Generally, people put the water entering through the bottom and exiting out of the top. The closer the shower is to the pile the less heat lost during transport. A water heater this size should take a few days to heat up and supply about a month or more worth of hot showers. It can then be turned for another couple of weeks or more of service, possibly even turned again after that. Then, as the heat disappears, the composting process is complete, the compost then ready for the garden.