7 Edible Vines to Use for Vertical Gardening

Vertical gardening is a very productive way to cultivate food in limited space. It also allows you to utilize walls and fences as well as gain some more privacy and protection. While there are many cool techniques for creating vertical gardens, such as upcycling plastic bottles or old rain gutters, probably the most effective way to take advantage of what goes up is to plant edible vines.

Luckily, there are lot of edible vines from which to choose or at least something for most environments, and many of them are amongst our favorite foods to snack on. Another great advantage for those who plan well and garden lazily (a positive thing) is that many of the choices are perennial, meaning that, once successfully cultivated, they’ll provide food for years to come. (Here are some more perennial plants to include in the garden.)

In other words, not including climbing vines in a home garden would be really missing out, so take a look at these and get them in the ground soon. 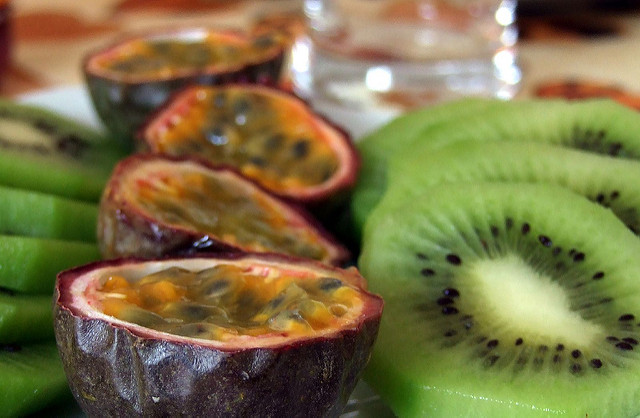 When it gets down to it, most of us associate edible vines with some fairly common fruits, and luckily we have delicious options for just about every climate.

Grapes are the most versatile of this bunch, with varieties that grow in environments as frigid as Canada or as sweltering as Florida. Not all of them will produce fine wines of distinction, but they’ll definitely provide some homegrown snacking. Plus, they create shade in the summer, when it’s needed, then drop their leaves to let in the sun in the winter.

Kiwi is well-suited for temperate climates, such as the U.S. and Europe, and there are even hardy choices that can withstand full-on negative temperatures. Kiwi does require both a male and up to eight female plants to put out berries (yep, berries). As with grapes, annual pruning is key for growing kiwis as they only fruit on new wood growth. They are huge plants, reaching up to twenty feet long.

Passion fruit is absolutely delicious, and for those in hotter spots, this is the obvious choice. It spreads quickly and reaches high, and it will begin providing harvestable fruits within the first year. They also produce in abundance and are easy to propagate, either from seed or cuttings. The purple varieties can withstand mild frosts. 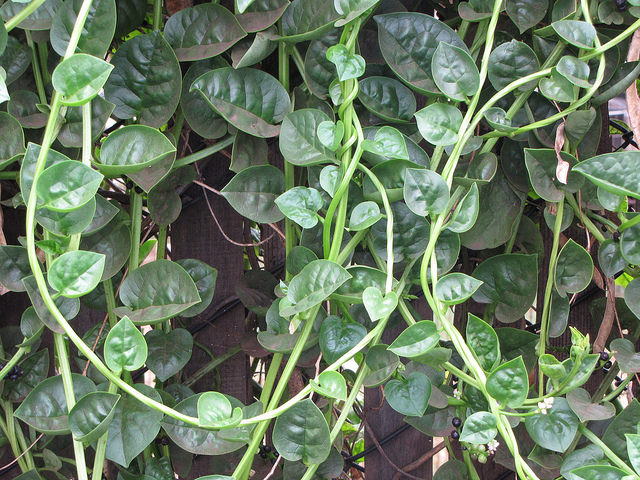 While vines aren’t often associated with salad greens, in fact, there are a couple that produce an abundance of leaves, which are packed with good vitamins and minerals.

Nasturtium is not only a beautiful plant that will provide a thick covering on the ground (with bushing varieties) or the wall (with climbing varieties), but it is edible in multiple ways. The leaves are delicious and spicy, something like arugula, the flowers are colorful additions to salads, and the seeds can be pickled as a substitute for capers. And, they are easy to cultivate.

Malabar spinach is not actually spinach at all, but it produces a large amount of edible leaves that can be used much the same (as its namesake). Malabar spinach is not a great fan of cool temperatures, but it can grow up 30 meters in the tropics. In cooler climates, it grows fast enough to be a worthwhile annual, killed off by the frost. 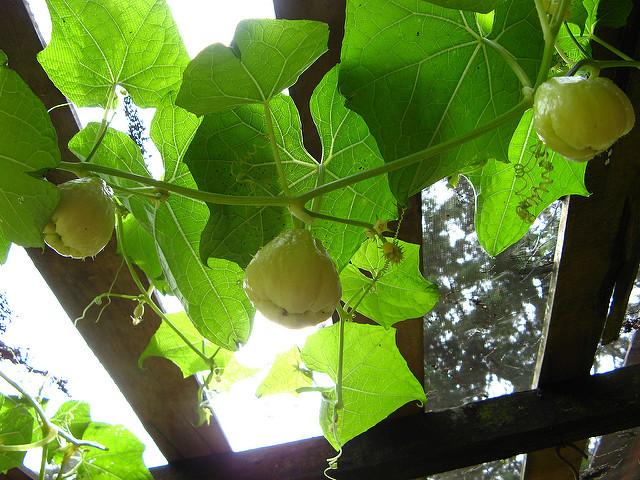 Most of us have a very limited scope on the veggies we eat, but good gardening—using perennials—can open up the door to some new flavors. Perennial vines are a double whammy.

Chayote, known in Louisiana (and other locations) as mirliton, is a gourd. It grows quickly and will produce an impressive harvest in the first year. It thrives in the tropics but can perform well in warmer states, such as Louisiana, Florida, and California. The vegetables have a long shelf life and can be eaten raw (loosely resembling a water chestnut) or providing chunkiness to vegetable stew.

Groundnuts, often confused for peanuts, are in fact an old Native American staple, and they are more akin (in taste) to a roasted sweet potato. Though a legume, the food production — like peanuts — of groundnuts comes from the root, not pods of peas or beans. They are great garden additions because they also fix nitrogen in the soil.

Vines offer great benefits beyond food. As they cover the walls in the summer, the foliage helps to keep the sun of buildings, lowering electric bills. The flowers help to attract beneficial insects and color to gardens. And, of course, though they can be enormous plants, they provide great bang for the buck by taking up a tiny amount of growing space. Whether it’s on an apartment balcony, suburban fence line, or the post of a pergola patio, they are fantastic additions to the garden.