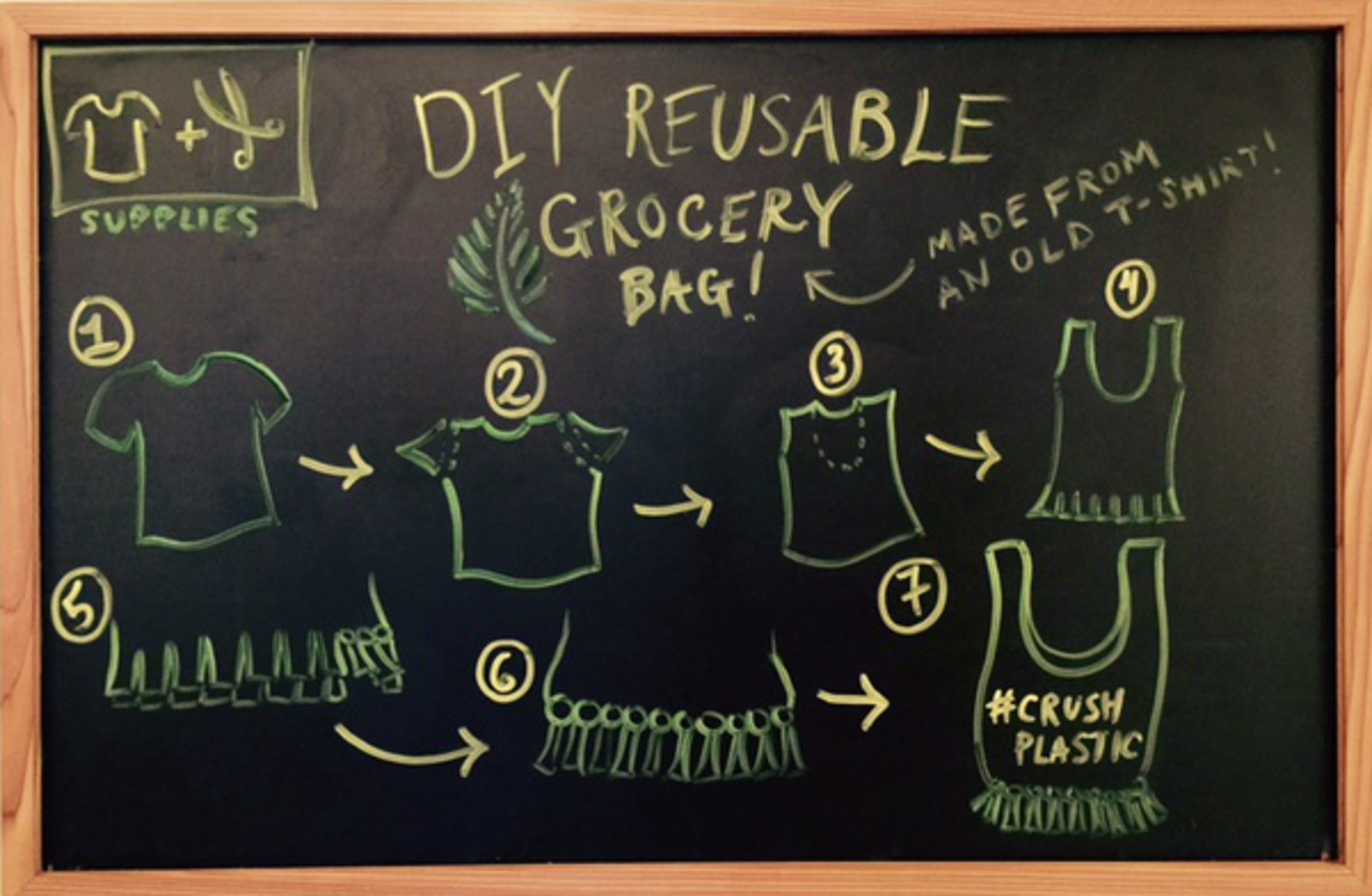 How many times in your life have you gone through your closet, bagged up clothes you haven’t worn in at least two years, and sent them off to a donation center? While it’s a wonderful gesture to make a donation, sadly, Americans only donate or recycle 15 percent of their used clothing, and over 10 million tons of clothing wind up in landfills every year. Not so great!

Let’s be real – a lot of us have extra t-shirts that just sit on the bottom of our drawers that will never see the light of day. Instead of letting it sit there, or instead of even donating it, why not put that shirt to work by easily turning it into a reusable bag? By doing so, you’ll never need a plastic bag. And that’s quite a feat, considering grocery bags are killing thousands of marine animals every year through their contribution to plastic waste. Did you know that according to the Earth Institute, over 1 trillion plastic bags are used worldwide annually? That’s about 2 million bags used per minute around the world.

And those bags certainly don’t disappear into thin air. Instead, they end up in our oceans, putting approximately 700 marine species in danger of extinction due to the threat from entanglement, pollution, and ingestion. And plastic bags are just one of many forms of plastic trash that ends up in the oceans – in fact, an appalling 8.8 million tons of this material make their way from land to the oceans every single year.

That’s where upcycling comes in. It’s a fun way to repurpose old items, and is a great way to extend the lives of your items and add something unique to your repertoire!

So why not tackle two major issues in one shot? You’ll give a new life to your old clothes, and divert future waste. (And perhaps most importantly, your shirt might be pretty happy to get another chance to shine!)

All you will need is an old t-shirt and a pair of scissors. Here’s what you gotta do! 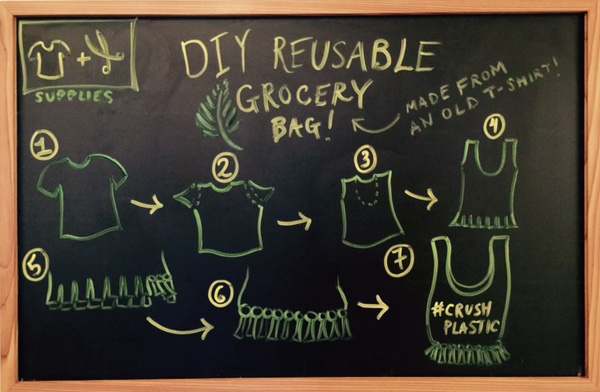 So Green Monsters, have you tried to DIY your own reusable bag? Tell us about it in the comments – better yet, add pictures if you have them!