How to Aerate Your Soil Without Tilling It 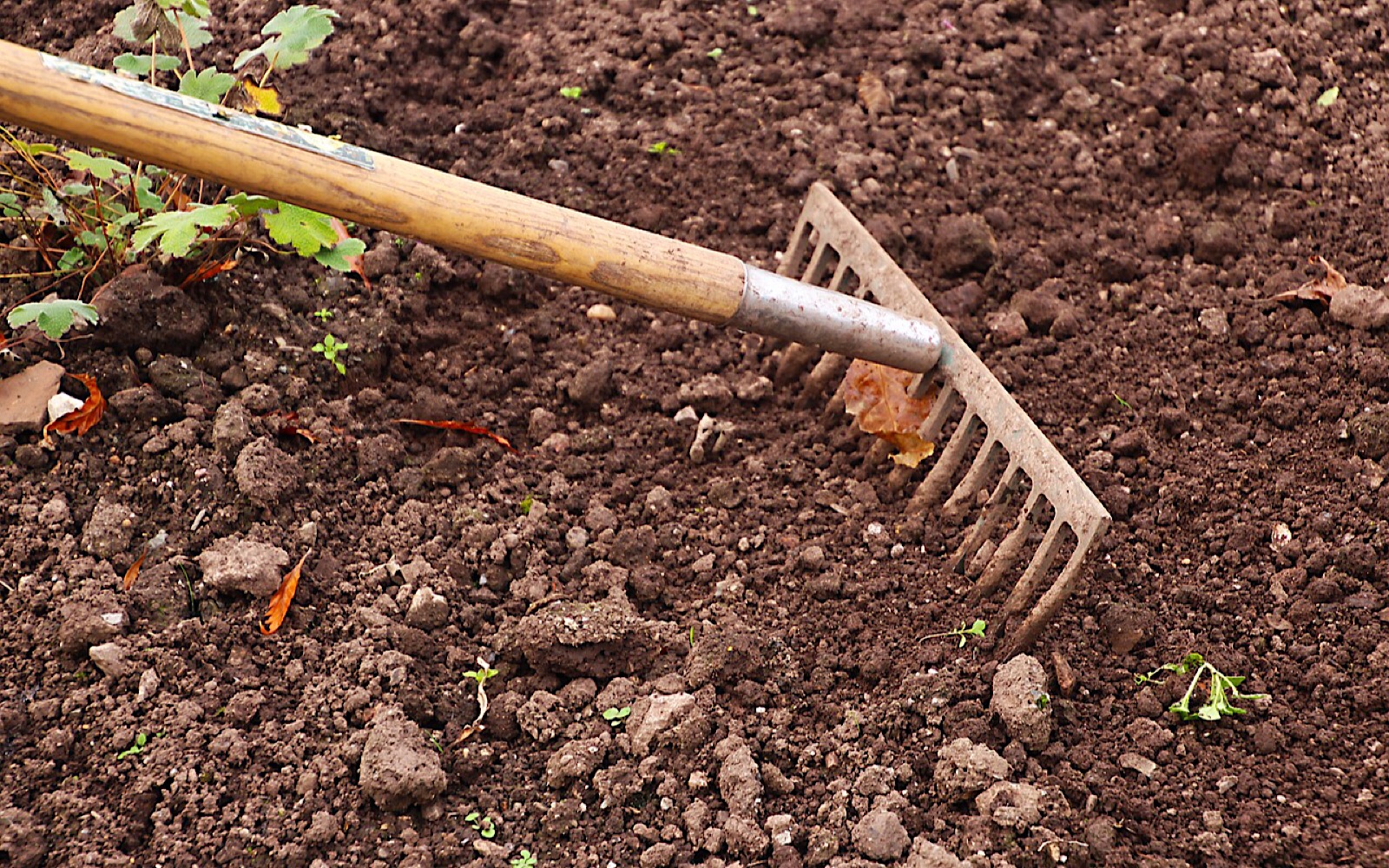 Just like plants need to get plenty of water, sunlight, and nutrients, they also need plenty of air. Sometimes this becomes an issue because foot traffic and general traffic over a patch of earth will cause the soil to compact, and when the soil is compacted, the roots have trouble getting oxygen.

Oxygen in the soil is important for plants’ vascular functions, moving water from the root to the greenery. It’s also extremely important for other soil life, like microorganisms, worms, and insects, which process organic matter into plant food. Soil should have some looseness to allow water and air to get into it.

Because lawns and gardens aren’t how plants grow naturally, rather they are us — humans — cultivating what we want, on occasion, we might have to aerate.

Most homeowners have at least heard of aerating their lawns. In spots that are especially used, where people walk, cars park or pets play, the soil beneath the lawn compacts and grass begins to struggle. These areas might need aeration.

Well, gardens behave similarly. Sometimes, when bare soil is beaten by rain, or animals or people walk over the garden beds, the soil gets too compacted. This can cause crops to have stunted growth because their roots aren’t getting what they need.

Even houseplants sometimes need a bit of aeration because the soil in their containers expands and contracts with watering. The roots are also contracted into a finite space, often overfilling it. This can cause the potting soil to seize up and become too hard. A little aeration might help.

Why Tilling Is Not the Right Option 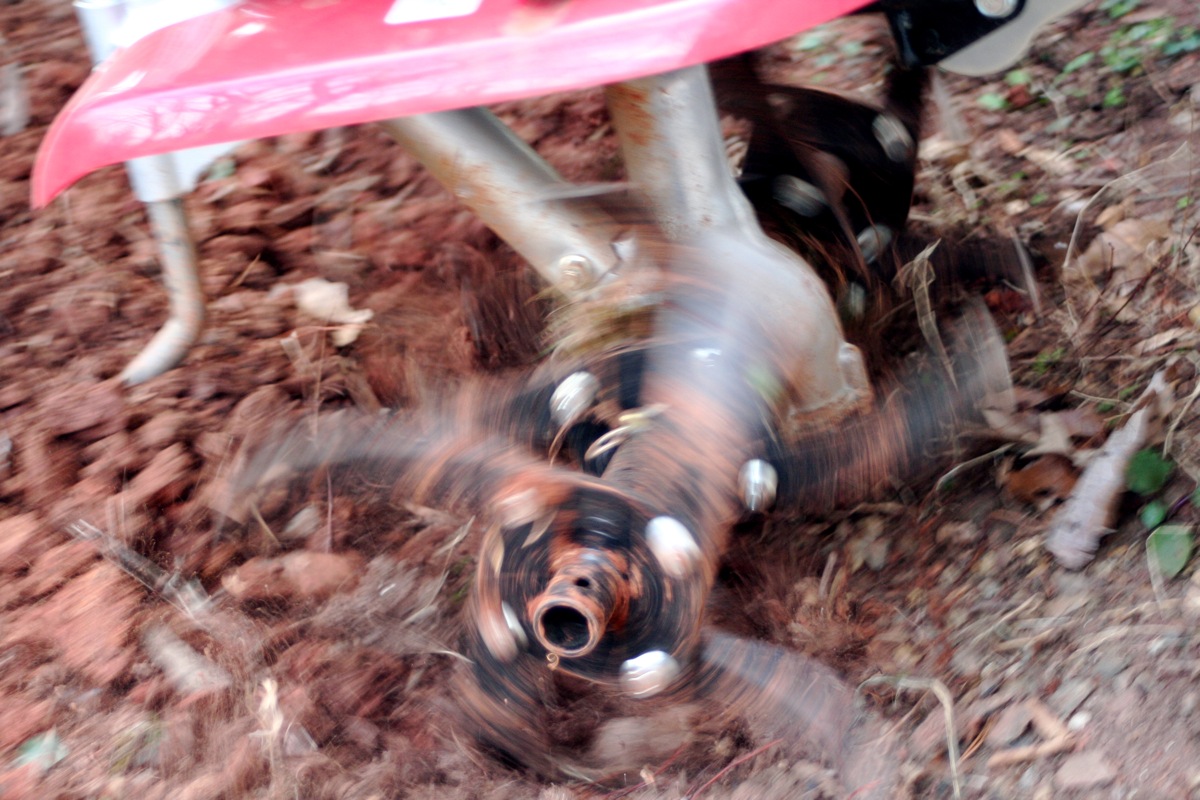 Obviously, the lawn can’t be tilled. It will destroy the grass and create a muddy mess. But, gardens are often aerated by tilling. In a nutshell, tilling is digging, turning and breaking up soil. Obviously, this would un-compact and oxygenate the soil, but it might not be the best choice.

While tilling gets the job done, it does so with a tremendous amount of destruction and trouble. For one, it destroys soil life, such as earthworms, which naturally aerate the soil and add fertility with their castings. Tilling also unearths weed seeds, inviting them to grow in the garden. Most people do this with a gas-powered tiller, which puts out pollution, and others do it with a shovel, which is back-breaking work.

Knowing that tilling can cause issues, it seems apparent that we might want to consider other options. And, there are other options.

How to Aerate without Tilling

In reality, there are tools designed to aerate without digging. Lawn care specialists typically use one of two methods. A plug aerator periodically extracts cylindrical plugs from the soil, allowing water to work its way to the root level. A spike aerator pokes holes in the lawn, creating spots for water to sit. Some people believe spike aerators may cause further compaction beneath the spikes, while others claim it’s less detrimental to the lawn. Both methods are used regularly.

In the garden, things are a little different, but some of the techniques are the same. A spike aerator works fine to help with compaction, or simply sinking a shovel into the soil, lifting and leaving it in place (no turning) will open up avenues for water and air. The garden should then get a thin layer of quality soil to loosely slip into the gaps. And, the garden beds should be mulched well.

As for container gardens, potted plants can be aerated with a chopstick. The pointy end of the chopstick should be shoved into the soil, and it will open up corridors for air and water to get in. This may cause minor root damage, but ultimately, it’ll be less than what compacted soil will do.

What to Do to Prevent Compaction

Preventing compaction in lawns can be a little bit tough because they are where our children and animals play. Additionally, we (or someone) walk up and down the lawn all summer behind the lawn mower, compacting the soil with our footsteps. It’s probably going to need aeration from time to time.

The garden, however, can be maintained in a way so as not to need aeration. Gardeners should avoid stepping in garden beds. The beds should be mulched, which prevents it from being compacted by the rain or drying out in the sun. The mulch will also attract worms and microorganisms who like to feed on the organic matter, and this soil life naturally aerates. Rather than tilling, continue to add matter atop the garden bed.

Aerated soil will equate to happier plants with plenty of oxygen. That can be as important as water, sun, and nutrients.