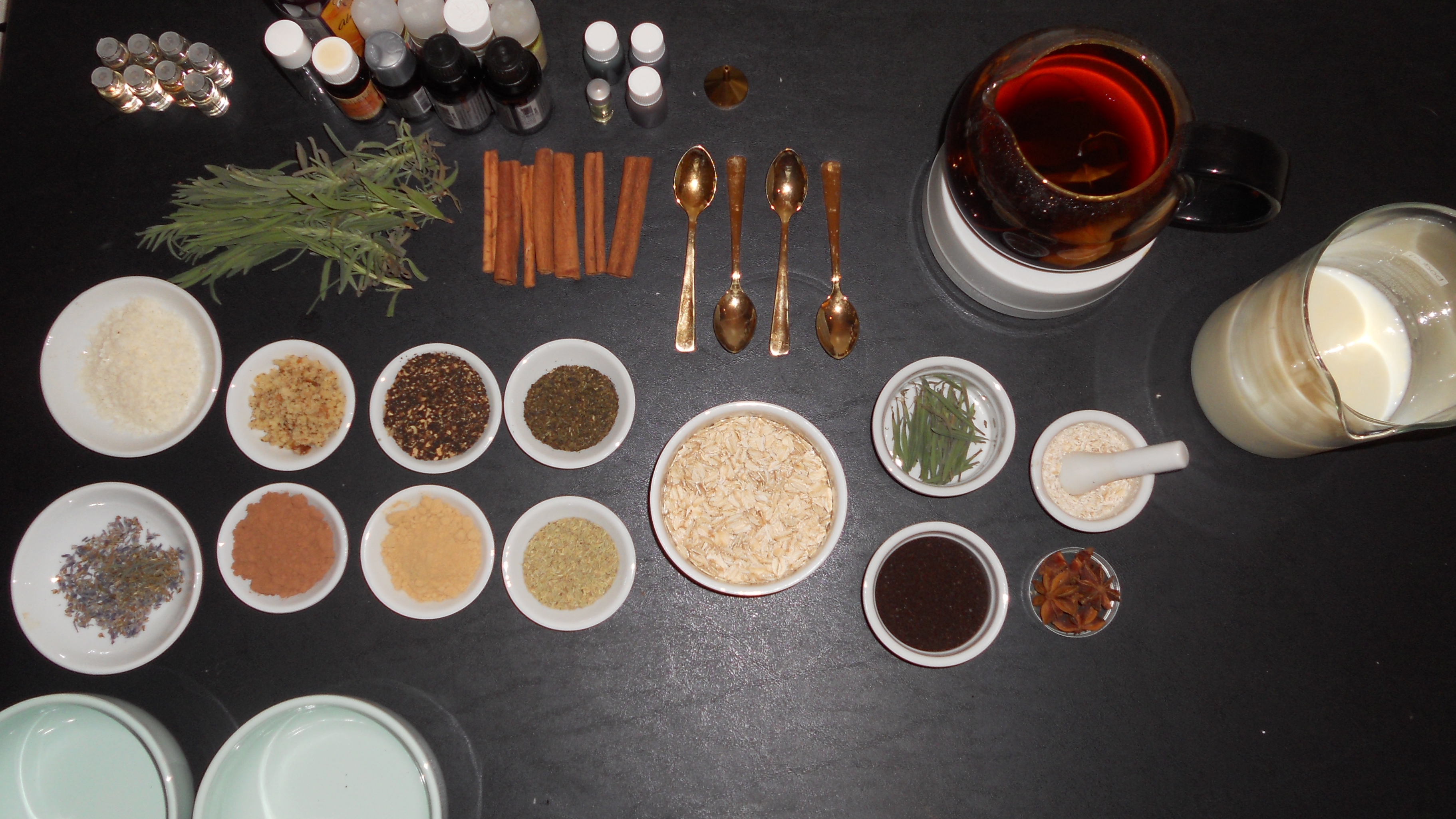 As the winter cold sets in, inspiring those toasty evenings nestled by the fire, so too does the cold and flu season. And, there’s nothing worse than missing a good sledding session or a Christmas party because the weather has fallen atop you. So, rather than sitting around waiting to get ill, the wise amongst us are taking precautionary measures, building up their immune systems for battle and facing the frosty blusters with no fear.

There are several ingredients that are good for boosting our wellness up a notch or two before its even needed, hopefully so that reinforcements are never needed. Amongst these powerful herbs and spices, we can find prize-winning fighters such as turmeric, ginger, and garlic. We can get Vitamin C doses in foods like peppers and citrus fruits. We can look for an extra oomph from medicinal mushrooms and probiotic-laden miso. And, with a little kitchen counter concocting, we can combine them all into lovely hot tonics to keep ourselves healthy and warm.

I like to take make a super-potent tea in the mornings. It’s a homemade spicy ginger-lemon tea with a cacophony of immune boosters. It begins with four or five shaves of fresh ginger and two or three wheels of lemon. To that, I add a couple of shakes of cinnamon, a couple of cayenne, a couple of turmeric and a crumbled stevia leaf from the herb garden. (For those that use honey, that would be a great addition to this.) It all goes into a one-liter French press, gets topped off with hot water, and steps for about ten minutes. It tastes great, smells enticing and builds up the good stuff inside me.

People have been using apple cider vinegar as a health tonic for years. ACV is good for just about everything, from dandruff to disinfecting the counter to lowering blood pressure. It’s wrought with antimicrobial qualities that snuff out unwanted germs while supporting a healthy gut. Apple cider vinegar can be used in salad dressings for a good dose, or it can be made into a morning beverage. The standard tonic is a couple of teaspoons of raw, unpasteurized apple cider vinegar into a glass of water.

For a little added action, I prefer to add some fire to our homemade ACV: stick a couple of tablespoons each of fresh grated ginger, garlic, horseradish, and spicy pepper into a jar. Toss in some turmeric, lemon juice, cinnamon, and a sweetener (I don’t use honey, but it’d be the right choice for those who do) for good measure. Let these infuse for at least two weeks, and take a diluted shot of it every morning. It’ll wake you up, and it’ll keep you healthy. 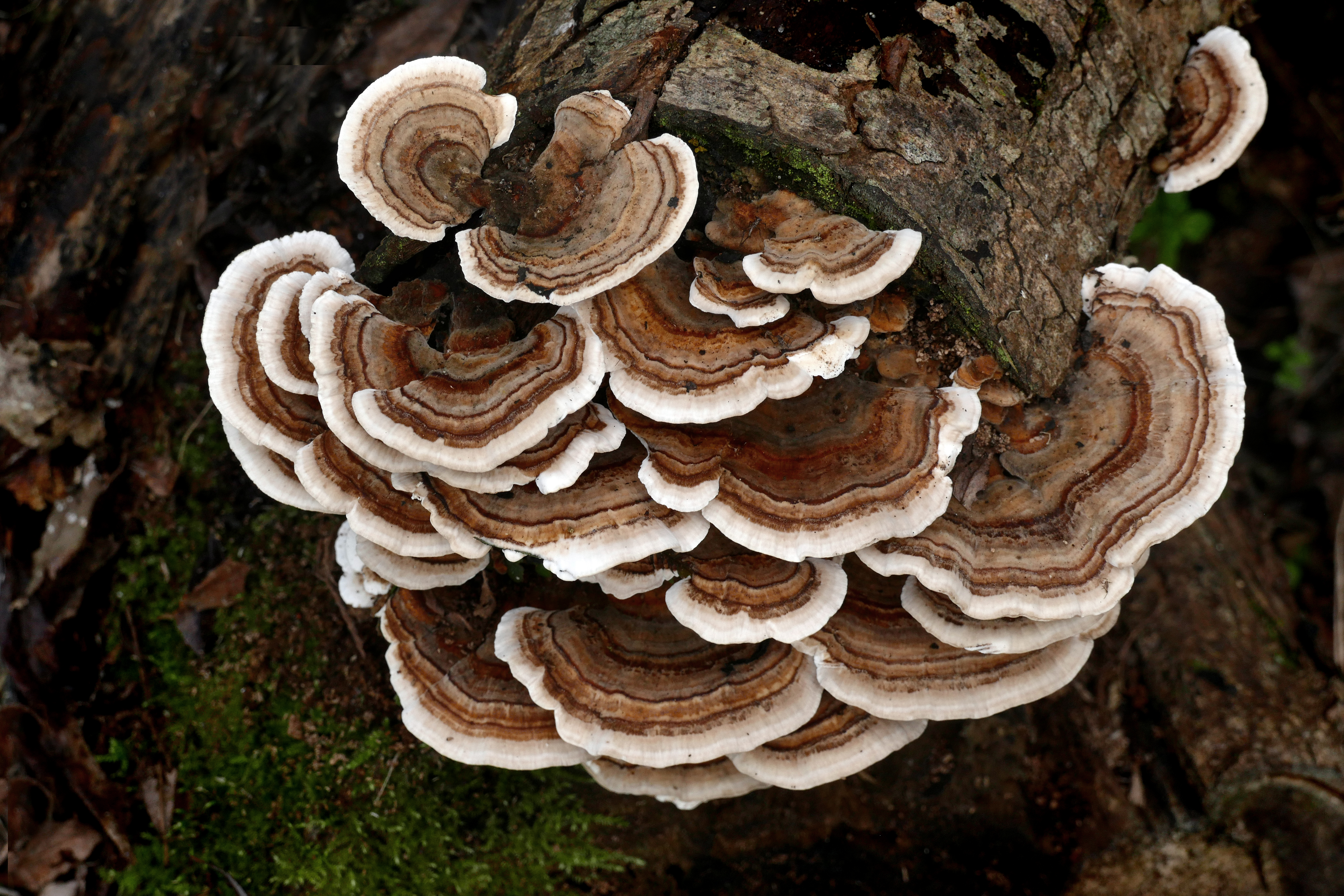 My wife and I are wild mushroom foragers, and one of the most common to find (and easy to identify) is the turkey tail mushroom, which is also available at health food shops. The turkey tail can’t be eaten (it’s like chewy cardboard), but it can be used to make a medicinal mushroom “tea”. Because the thought of mushroom tea sits funny with us, we make something more akin to a cup of soup. We add a clove of thinly sliced fresh garlic, some thinly sliced onion (maybe ¼ cup per pint of liquid), and a spoon of miso if we have it. And, being a Cajun, I always add cayenne for some spice. Again, all of these items have flu-fighting powers, so the cup of soup is a great afternoon treat that provides other benefits to boot.

For those who aren’t into the overly spicy stuff, OGP has a fantastic flu tonic recipe with some surefire immunity-boosting power. It focuses mainly on ginger, lemon, and turmeric (obviously), all of which should be fresh. These are combined with maple syrup for some sweetening, and the whole concoction is simmered together for 45 minutes. Then, it’s stowed away in the fridge to either be reheated or drunk chilled. This recipe is particularly potent and would be a good choice if illness feels like it might be coming on.

Garlic is undoubtedly tasty, but it also has some serious health benefits to enjoy. It is particularly good at propping up and building up our immune systems. This OGP “garlic oxymel” recipe pushes the taste buds to the limit as it calls for 10 cloves of garlic mixed with little more than a couple of teaspoons of spice (one of fennel seeds, one of caraway seeds) with 1/3 cup of apple cider vinegar. This concentrated mixture is stored in an air-tight container and is a homemade remedy for colds, taken one tablespoon at a time.

We have the power to fight the flu right in our kitchens. And, these ingredients work. They’ve been getting the job done for centuries. Plus, aside from the last recipe, which is meant for to be remedy rather than prevention, it all tastes pretty damned lip-smacking. So, stock up and enjoy staying healthy this winter.