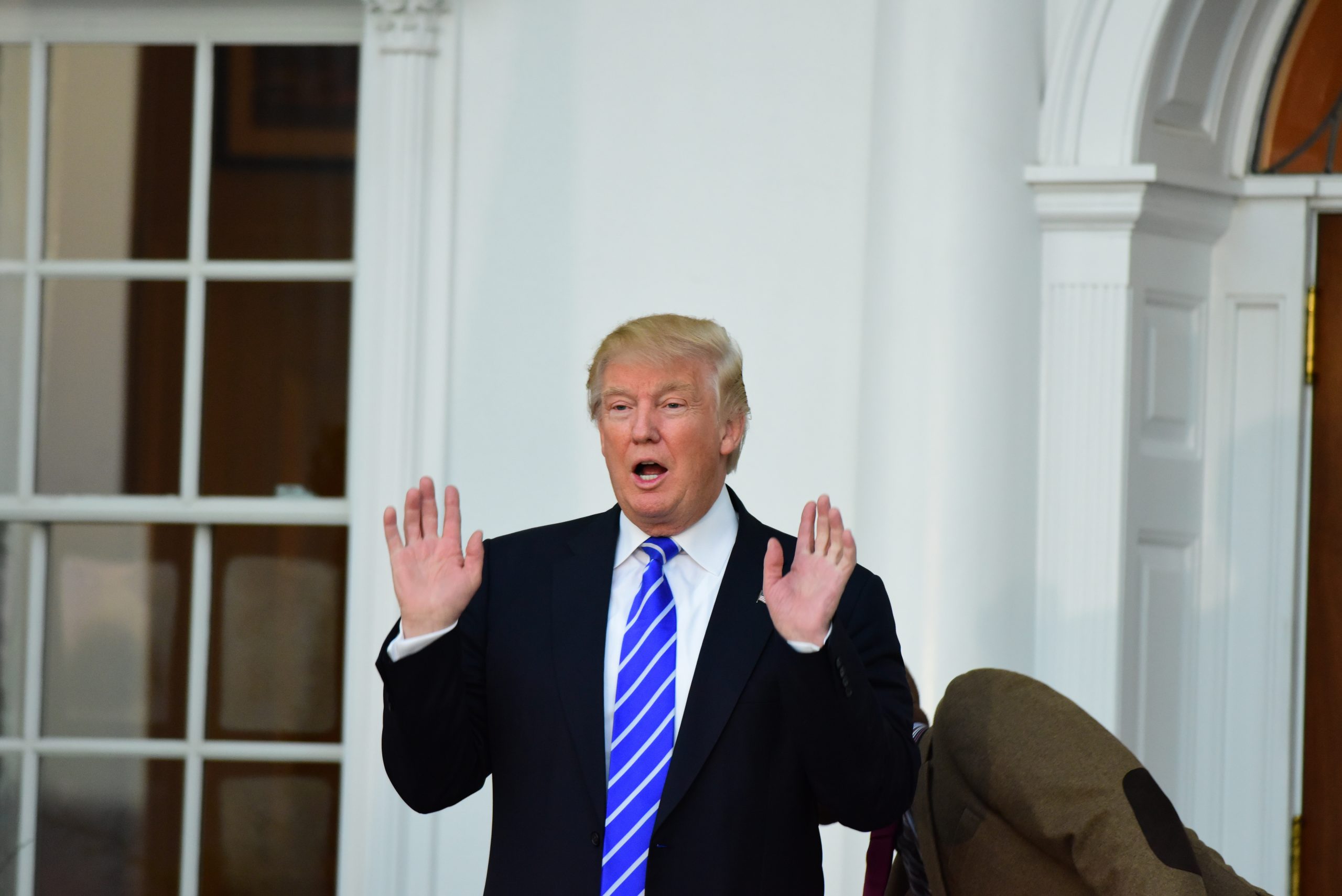 For months, Republican lawmakers and conservative leaders have tried to paint President Trump as an strong leader who heroically took “decisive action to save lives” from the coronavirus. They touted his ability to contain the virus, expedite testing, and protect Americans.

In reality, the U.S. now has one of the worst ongoing epidemics in the world, among the developed countries, due to President Trump’s mismanagement of the virus.

A new book by acclaimed journalist Bob Woodward has revealed that Trump knew and acknowledged the dangers the coronavirus since early February. In an audio clip between Woodward and Trump from March, Trump admitted to purposefully downplaying the severity of the virus: “I wanted to always play it down. I still like playing it down because I don’t want to create a panic.”

Despite knowing the dangers of the virus, Trump has continued to spread false claims and misinformation about COVID-19. Here’s a look at the ways he has failed to protect the U.S. from the deadly effects of a worsening pandemic.

In February, just after the World Health Organization (WHO) declared the coronavirus outbreak a global public health emergency, President Trump introduced his fiscal year 2021 budget proposal that would cut funding from the CDC by 16%.

As the pandemic continued, Trump has repeatedly called for further cuts to the CDC and National Institutes of Health (NIH). He also announced his plans to freeze funding to the WHO. The CDC, NIH, and WHO have all been on the front-lines of fighting a global pandemic which has severely overwhelming health systems around the world.

Furthermore, the Trump administration has tried to block billions of dollars for states to conduct testing and contact tracing in Congressional coronavirus relief bills which still have not been passed.

2. Misinformation about Treatments and Vaccines

Trump has no scientific knowledge or background and he continues to spew dangerous misinformation about COVID-19 treatments and vaccines. He has promoted ineffective and dangerous treatments including the unsupported use of hydroxychloroquine.

He has even advocated for injecting bleach, stating, “I see the disinfectant, where it knocks it out in a minute. One minute. And is there a way we can do something like that, by injection inside or almost a cleaning? … It would be interesting to check that.”

While some COVID-19 treatments are showing some promise in helping COVID-19 patients, hydroxychloroquine and bleach are not scientifically-supported treatments.

In terms of a vaccine for COVID-19, the Trump administration has mislead Americans regarding the timeline of a potential cure.

Vice President Mike Pence addressed vaccine research in his RNC speech, claiming, “We’re on track to have the world’s first safe, effective coronavirus vaccine by the end of this year.”

Trump repeated this false promise in his RNC speech saying “we are delivering lifesaving therapies, and will produce a vaccine before the end of the year, or maybe even sooner! We will defeat the virus, end the pandemic, and emerge stronger than ever before.”

While scientists are eagerly working on vaccines, there is no guarantee one will be available by the end of this year. Even if it’s approved by December, it will take several more months until it’s widely accessible.

Dr. Walter Orenstein, a professor at Emory University and the associate director of the Emory Vaccine Center, said the likelihood of a COVID-19 vaccine coming even within the next 12 months would be “miracle.”

Trump has repeatedly downplayed the virus since its inception calling COVID-19 a “temporary” and “totally harmless” hoax. He takes no “responsibility” for the lack of testing despite trying to block funding for testing. He even told his people to “slow the testing down please” as a way to lessen the number of reported cases.

And as one thousand Americans die each day from COVID-19, Trump has dismissed the immense loss of life saying “it is what it is.”

“It’s very harmful to have a lack of clear communication and to underplay this virus,” said Ashish Jha, director of the Harvard Global Health Institute. “Ultimately, a large part of how well we control the virus is going to depend on people’s behavior and to the extent that you have leaders who are trusted by large segments of our population saying it’s not a big deal… it does two things: it says there isn’t an outbreak out there or not much of one, and second is even if you got infected it’d be no big deal at all. We know both of those are not true.”

Despite denying responsibility, Trump and his administration were actually repeatedly warned about the impact that COVID-19 would have on American lives and the economy in January when the first case of the virus reached the U.S. The Woodward book confirms Trump’s prior knowledge of the virus.

The Obama administration even left a pandemic playbook to help the next administration in case there was a global outbreak of a deadly virus. Instead, Trump and his administration failed to heed advice from the playbook and ignored earlier calls for action, letting the virus viciously spread and take hundreds of thousands of lives.

Instead of recognizing the scientific advice and multiple warnings from experts, Trump has spent time blaming China, racial justice protestors, and Mexico for the rising cases in the U.S.

Trump has repeatedly blamed China for causing the pandemic and spreading it throughout the U.S. Trump froze funding for the WHO because he thought the agency was prioritizing and over-relying on China.

The consequences of Trump’s racist terminology are already apparent. A growing number of Asian-Americans have reported incidents of racial slurs and physical abuse as the President himself promulgated the false notion that COVID-19 is a “Chinese virus” and encouraged unfounded anger towards Asian-Americans.

In a press briefing, Trump also blamed recent Black Lives Matter protests for COVID-19 outbreaks saying, “Cases started to rise among young Americans shortly after demonstrations — which you know very well about — which presumably triggered a broader relaxation of mitigation efforts nationwide.” There is no evidence supporting his claim.

Additionally, the states where cases surged after protests were the states that had relatively small protests.

Finally, Trump has also blamed Mexico for increased coronavirus cases in the U.S. as a justification for limiting immigration.

“The Trump administration has rolled out one border ban after another — most recently on children and asylum seekers — using COVID-19 as an excuse, while failing abysmally to get the virus under control in the United States,” said Omar Jadwat, director of the ACLU’s Immigrants’ Rights Project, in a statement to CNN.

COVID-19 cases are surging and the death toll is rising not because of China, racial justice protestors, or Mexico but from Trump’s inability to follow public health advice and do his job to protect Americans.

Against the advice of many public health experts, President Trump and Education Secretary Betsy DeVos pushed for schools across the country to reopen with in-person instruction this fall. “SCHOOLS MUST OPEN IN THE FALL!!!” Trump tweeted. In another tweet, Trump threatened that he “may cut off funding” for schools if they don’t fully re-open.

Due to his aggressive demands, schools have reopened and cases, unsurprisingly, have skyrocketed. Hundreds of districts––urban, rural, and suburban schools––have now reversed their decisions on in-person classes, switching to remote instruction. By some estimates, at least half of the nation’s children will now spend a significant portion of the fall, or longer, learning from computers at home.

Teachers and their unions across the country have expressed frustration with the way the Trump, his administration, and other GOP leaders have handled reopening schools amid the COVID-19 pandemic.

Since the start of the pandemic, scientists and public health experts have urged people to wear face masks and social distance because these tactics have been proven to be some of the most powerful weapons to fight the new coronavirus.

In mid-July, Robert Redfield, director of the CDC, said he believes the pandemic could be brought under control if “we could get everybody to wear a mask right now.” There has been more than enough evidence showing how masks help reduce transmission.

The CDC has advised to keep at least 6 feet away from other people indoors and outdoors since the start of the pandemic. And a recent report published in The BMJ found that distancing beyond 6 feet should be considered with circumstances like coughing and shouting indoors, large crowds, prolonged contact time, and no face coverings.

Despite knowing what necessary precautions must be taken, cases and deaths from COVID-19 in the U.S. continue to rise as the President fails to endorse scientifically-proven social distancing measures and mask procedures.

When asked if he would consider instituting a mask mandate, Trump responded, “No, I want people to have a certain freedom, and I don’t believe in that, no.”

Just a few days later, Trump flipped his position at a White House news briefing, saying that “whether you like the mask or not, they have an impact, they have an effect, and we need everything we can get.”

Still, what Trump says is different than what he does. During the RNC, roughly 1,500 people gathered the South Lawn of the White House for Trump’s RNC acceptance speech. Seats were tightly packed, only a few guests were seen wearing masks, and the event violated guidelines from Washington DC that prohibit mass gathering of more than 50 people.

Speakers during the RNC repeatedly continually referred to the coronavirus pandemic in the past tense, as if it was something the U.S. has already overcome. This is far from the truth thanks to President Trump’s failed leadership.

Other comparable countries had to deal with the same baseline issues as the U.S. Yet as students return to in-person classrooms in parts of Europe, sports teams can play in front of fans in South Korea, and more restaurants allow in-person dining in Italy, many U.S. states have had to backtrack on reopening plans.

If Trump and his administration continue to ignore public health experts and endanger Americans due to their incompetence and inability to lead, the idea of “returning to normal” after the pandemic seems to become less and less likely.

Read more about protecting yourself from coronavirus. Check the CDC website for more information on how to protect yourself and check our latest article to learn how COVID-19 differs from the flu.

Sign this petition to Make Testing and Treatment For Coronavirus Free to Ensure Containment!