Madagascar’s Frogs are in Danger of Extinction Due to Deforestation. Here’s How We’re Helping 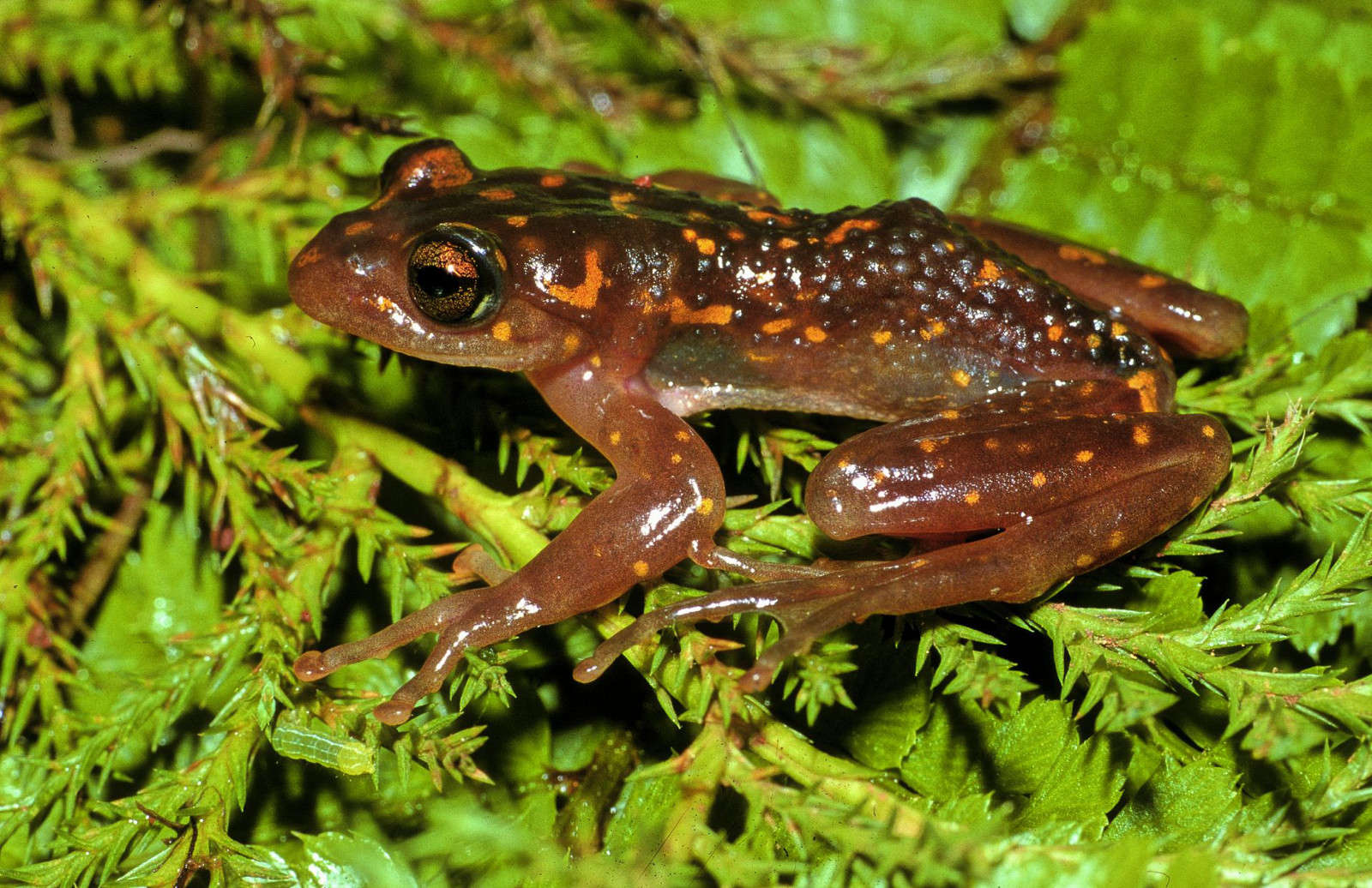 As Madagascar’s population has risen, so has the need for more farm and pasture lands. Forests have disappeared as a consequence, loosening highland soils, and unleashing catastrophic erosion. In some regions, annual soil loss approaches 112 tons per acre – the largest amounts recorded anywhere on earth. Such massive losses have scarred the countryside with massive gullies and turned Madagascar’s rivers so red that astronauts have observed the island appears to be bleeding to death.

With the retreat of the forests, their importance has grown. Not only do these sites conserve soil and protect critical water resources, they are also last refuges for endemic highland species.  One of these remnant forests is located 45 miles south of Antananarivo in the Ankaratra Massif. Shaped by volcanic forces, the now dormant massif holds nearly 2,500 acres of montane cloud forest on its mid-elevation slopes and is an essential source of water for the Central Highlands

Ankaratra’s cloud forest holds enormous biological importance. In the early 2000s, a team of visiting biologists rediscovered two long-lost frog species and confirmed the presence of 12 reptile and 15 amphibian species. The rarest of those found, the Marvelous Gecko, William’s Bright-eyed Frog and the Madagascar Frog have subsequently been classified by the IUCN as Critically Endangered. Specialized habitat requirements and minuscule range sizes make these species entirely dependent upon the remaining cloud forest for survival.

What is Happening to Frogs 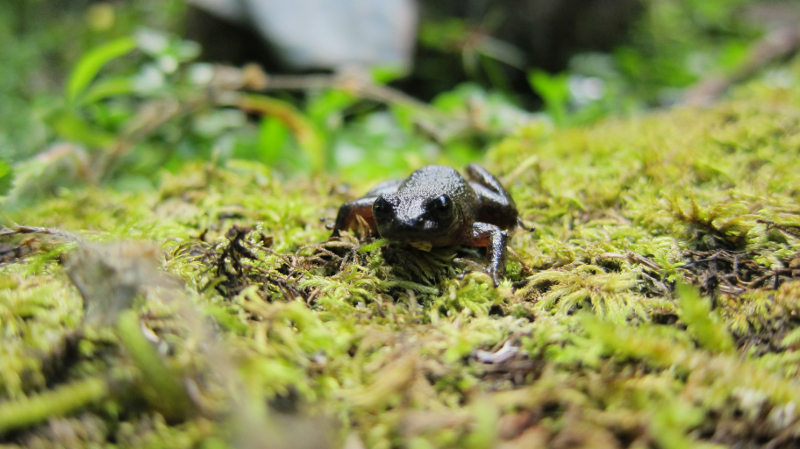 Over 99 percent of Madagascar’s 300 described frog species are endemic and found nowhere else. This extremely diverse amphibian community accounts for seven percent of the world’s total frog species. With another 200 awaiting formal description, the number of recognized species on the island, and its importance as an amphibian hot spot, is certain to grow.

Threats to Madagascar’s amphibians intensified with confirmation earlier this year that the chytrid fungus (Bd), which has caused amphibian declines around the world, had been discovered on the island. Due to extensive habitat loss, over 20 percent of Madagascar’s frog species are IUCN classified as Threatened and nine are Critically Endangered.

With annual deforestation rates on Madagascar exceeding 140,000 acres, providing adequate protection for Madagascar’s frogs is a struggle against time. The Antananiviro-based conservation organization Association Vondrona Ivon’ny Fampandrosoana (VIF) is proving that it can be done, though – even with the island’s most imperiled frogs.

Working With the Community 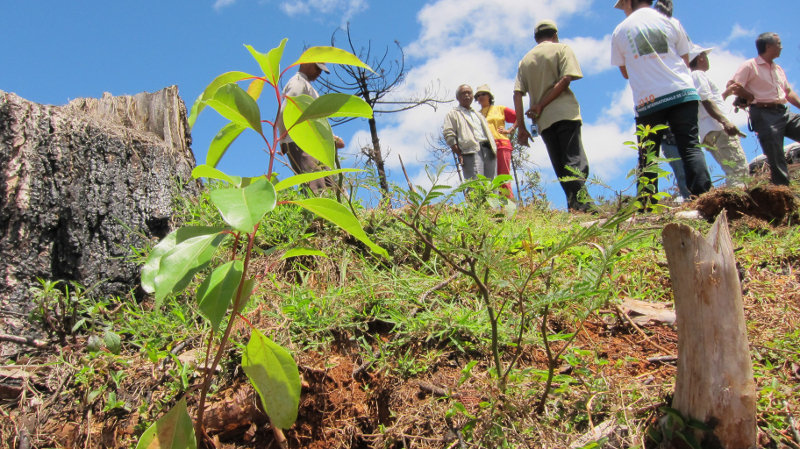 Betting that the future of Ankaratra’s amphibians is ultimately tied to that of the landscape, VIF has been collaborating with neighboring communities and government officials since 2010 to provide first-time protection for the massif.  After a tireless five-year effort, VIF successfully established the 20,558-acre

Ankaratra Massif Reserve in April of this year with Rainforest Trust support.

“The real hope for amphibian survival in the Ankaratra Massif lies in our ability to make local populations responsible for their environment,” said VIF’s President Harilala Rahantalisoa.

Rahantalisoa and his team started by including locals in meetings to discuss the creation of the reserve and inviting community members to voice their opinions. The eventual result was the creation of a co-management plan ensuring that VIF, Madagascar’s Ministry of Forestry, and the local community would all work collaboratively to manage the reserve.

Recognizing the prevalence of traditional beliefs among residents in the massif, VIF next organized a series of hiragasys, traditional songs and stories connected to environmental protection and biodiversity. Three groups of traditional singers and storytellers were hired to invoke the spirit of the “elders” during public festivities to protect the region’s forests and wildlife.

Finally, VIF provided much-need employment for residents in the massif. This included jobs to assist researchers monitoring amphibian populations, jobs as guides, and as helpers to reforest the reserve.

The results so far have been positive. Patrols have reduced illegal logging inside the reserve, which has improved habitat by increasing water levels and allowing native vegetation to return. Community members have also reforested over 100 acres. And, most importantly, amphibian populations are rebounding.

“Our amphibian monitoring program has shown that populations have not only begun to increase, but also to re-inhabit previously destroyed areas,” said Rahantalisoa.