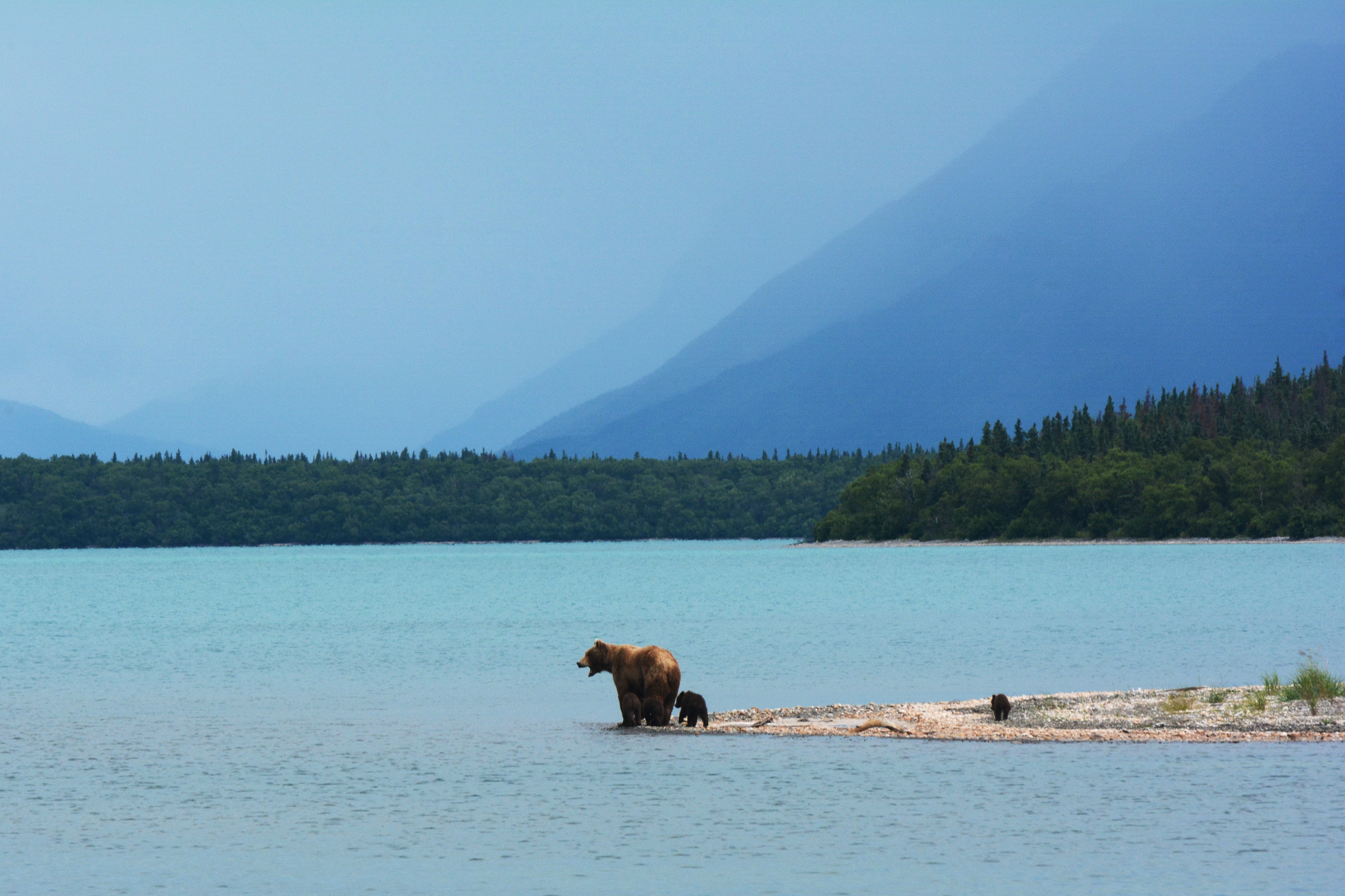 This is the time of year that bears prepare for hibernation by filling their bellies and getting ready for winter. Not in Canada’s Knight Inlet. Photos  by Canadian wildlife photographer Rolf Hicker show emaciated animals. And it’s due to climate change.

Concern is now growing for this family of bears. Photos show a mother and two cubs walking, looking much thinner than normal for this time of year. Knight Inlet is a popular bear watching spot for tourists in British Columbia.

Photos of the bears on wildlife photographer Rolf Hicker’s page

A spokesperson for the Mamalilikulla First Nation said they have also been watching the bears and are worried for their health.

Speaking on his Facebook page, the photographer shared, “We saw this sow with her two little ones a couple of weeks ago and then we saw her again only a few days ago. I have no idea how she would make it through the winter without salmon.”

The cause is the lack of available salmon for food in the area. Fisheries and Oceans Canada released a report saying salmon had decreased from 2018. The report said that five species had improved for 2019, whereas 25 had declined in the category. Commercial fishers are calling it the worst salmon season in almost 50 years, according to CNN. Alaska also recorded high temperatures in August that affected their salmon populations.

The fishing industry in British Columbia is blaming climate change for the lack of salmon. Due to unseasonably warm temperatures, the salmon run has been abnormal. Speaking at a press conference, Joy Thorkelson, president of the United Fishermen and Allied Workers’ Union, said, “The impacts of this climate change disaster has been coast wide.”

The change has been felt by bears, salmon and the people that depend on this coast’s ecosystems for survival.