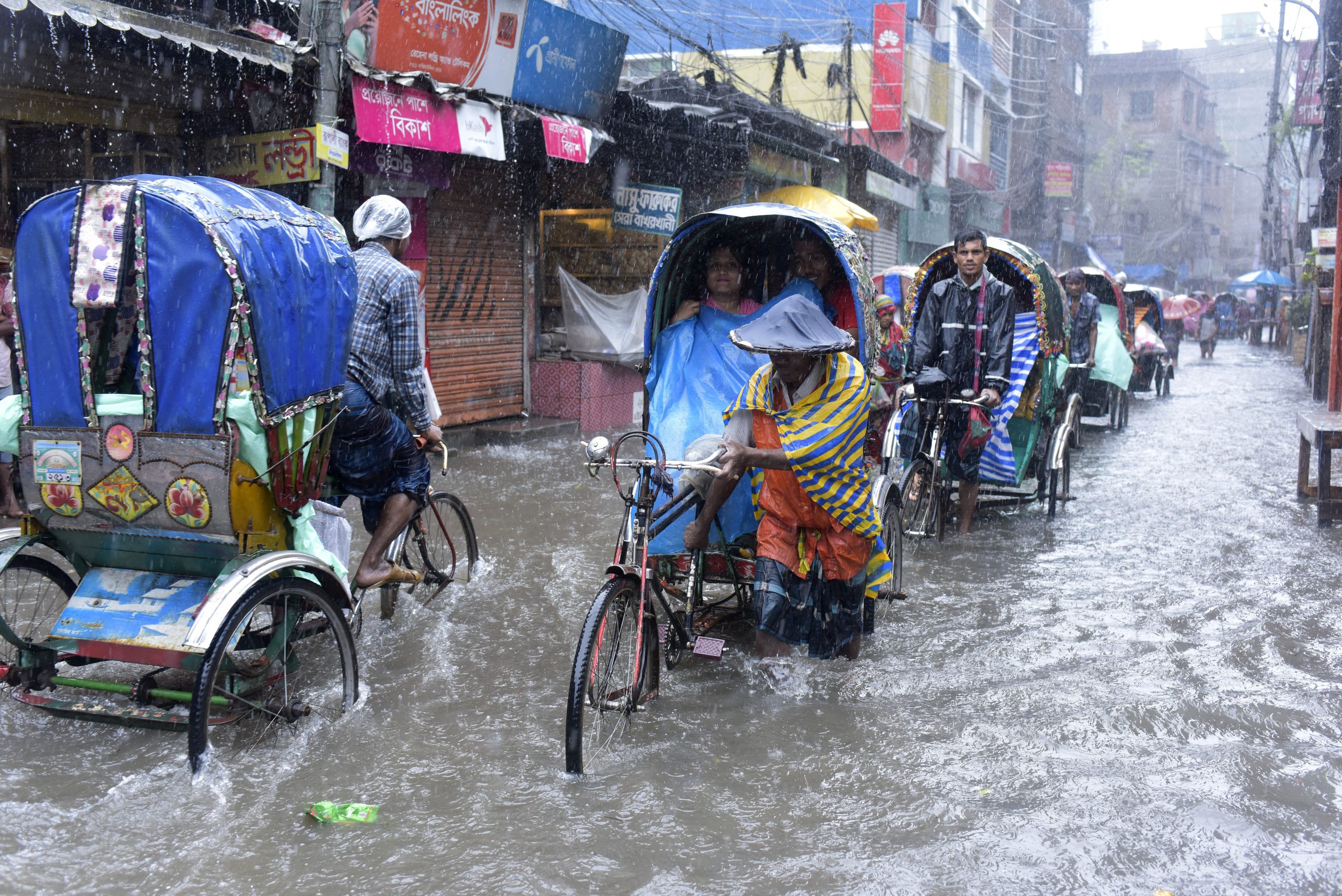 Terrible flooding has struck Bangladesh during the month of July. By estimates, 24 to 27 percent of the land in the country is underwater. 4.7 million people have been affected by the flooding. The flooding is caused by extreme rains and is one of the many growing examples of the havoc climate change is causing on our planet.

Over 100 people have died and the government says thousands more have been affected by water-borne diseases. 600 square miles of farmland were damaged in the flooding.  “The suffering will go up,” Sajedul Hasan, the humanitarian director of BRAC, an international development organization based in Bangladesh, told the New York Times.

Flooding data over 35 years has found that rains are more unpredictable and that rivers are rising above dangerous levels more frequently over the lifespan of the data. Climate models show that if average global temperatures increase by 2 degrees Celsius– a modest estimate-flooding will increase by 24% in a country already experiencing extreme flooding.

A NASA report said that the flooding could be the worst in a decade and longest-lasting since 1988.

Read more about climate change and flooding in One Green Planet, including previous floods in Bangladesh, Vietnam’s climate change adaptation and the harsh rains in Venice that caused intense flooding.