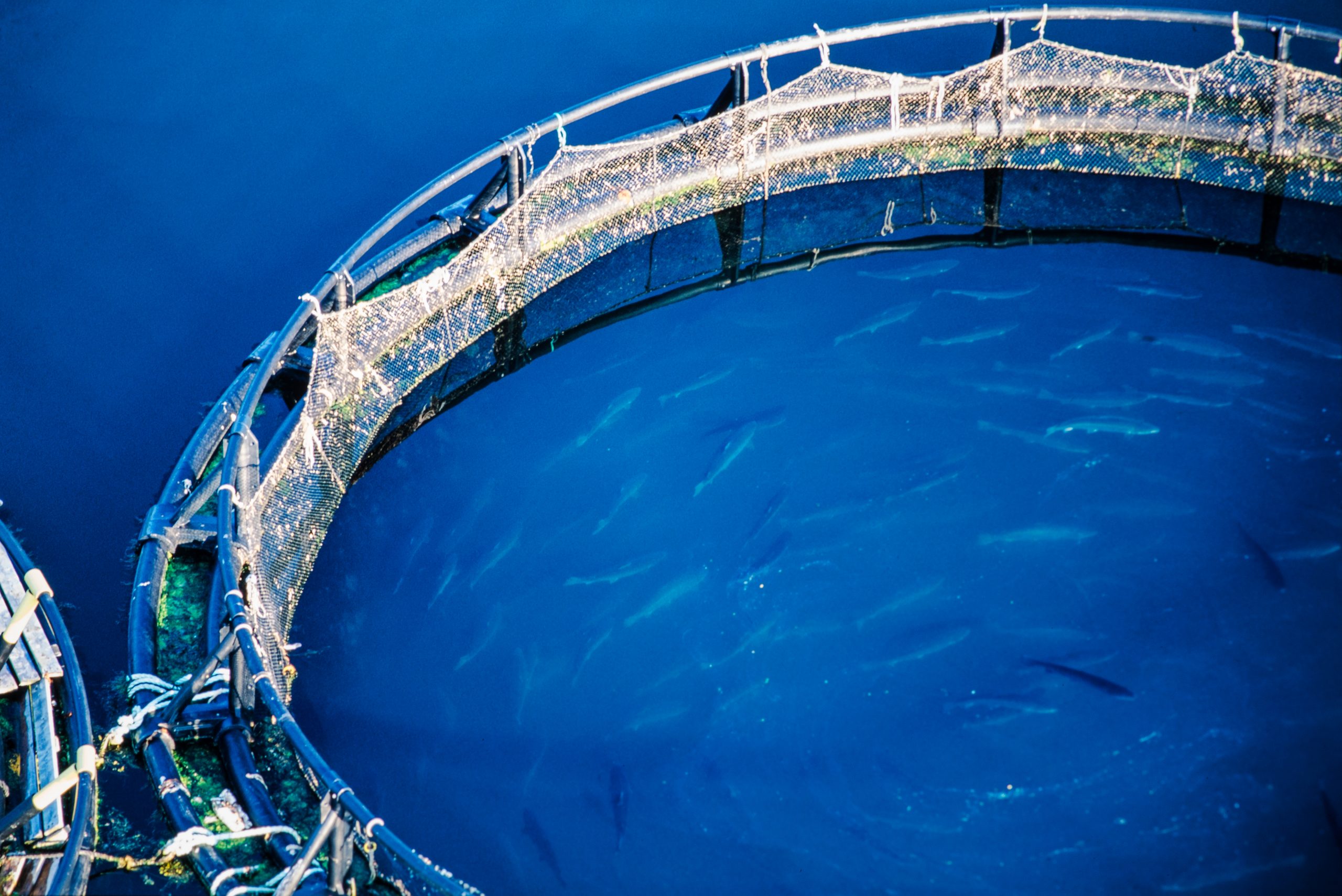 Many omnivores may consider salmon a healthy part of their diet, but the reality is there is nothing healthy about how salmon is raised for food. About sixty percent of salmon consumed in the world come from farms. There are obvious ethical issues surrounding eating these fish, but the environmental impact of salmon farmings is particularly atrocious.

Here’s what you need to know about salmon farming and why you should stop eating the fish altogether.

Since the 1960s, parasitic sea lice have devastated salmon farms, infecting the fish and hurting the surrounding environment. The lice grapple onto the skin, gills, and fins of the fish and feed off of them, creating wounds and gashes in their flesh that increase their risk of death and disease. To make matters worse, these parasitic sea lice don’t just affect the salmon inside the farms. Instead, they spread to other fish outside the farm. While these lice don’t affect human health, their impact on fish species in and out of the farms is disastrous. Climate change and rising sea temperatures have worsened parasitic sea lice rates, which may lead to masses of salmon being “harvested” (aka killed) to manage to spread.

These lice are also present in salmon populations in the wild, and while “mass mortality events caused by the parasites do happen outside of captivity, they are extremely rare in nature.”

Antibiotics and Other Chemicals

Antibiotics, antifoulants, pesticides, and other chemicals are used in abundance in salmon farms. Like the parasitic sea lice, these substances don’t just affect the salmon inside the farms; they spread to wild fish species and humans. Oceana discusses the use of antibiotic pellets and how these medications are initially fed to the farmed salmon, but end up being ingested by nearby wild salmon as well. The most concerning antibiotic in the pellet is Quinolones, which can harm humans immune systems.

Ingesting these antibiotics can also “the human digestive organs, thus favoring infections such as Salmonella,” along with other issues. Ecosystems also bear the brunt of antibiotics and chemicals used in salmon farming. These strong antibiotics can infect fish and flora with antibiotic-resistant pathogens.

There are two types of salmon farms. Ones that are built on land in giant warehouse-like buildings and ones that exist in the middle of the ocean. The latter may seem innocent at first glance. The first is held in giant nets in what is supposedly their natural environment. What could go wrong? Squeezing thousands of any species in confined spaces is a recipe for disaster, and salmon is no exception. A single pen can hold 200,000 salmon, which is incredibly polluting. The large amount of waste produced in such a small space is damaging to the surrounding wildlife. Some farms have solved this issue by putting the pins in waters with strong currents, but not every farm has done this.

There’s also an issue with genetic pollution. Fish escaping from the pens is to be expected. However, when they squeeze through the nets they merge with wild salmon populations and breed with them. This has caused a decline in the wild salmon sea survival because farmed salmon has been bred to grow quickly and never become as big as wild salmon. Because of this, “they do not reproduce at the same rate as the larger wild fish” and ultimately dirty wild salmon populations with their modified genetics.

Salmon aren’t the only fish with issues. Overfishing is a serious problem and is quickly killing our oceans. Not only is eating fish nutritionally unnecessary, but it’s also irresponsible and environmentally damaging, particularly for those living in countries with affordable plant-based alternatives like beans, tofu, and other vegan proteins. We simply cannot afford to keep eating and farming animals anymore. It’s proving to be unsustainable, dangerous, and unhealthy.