Camels Are Dying Due to Plastic Pollution 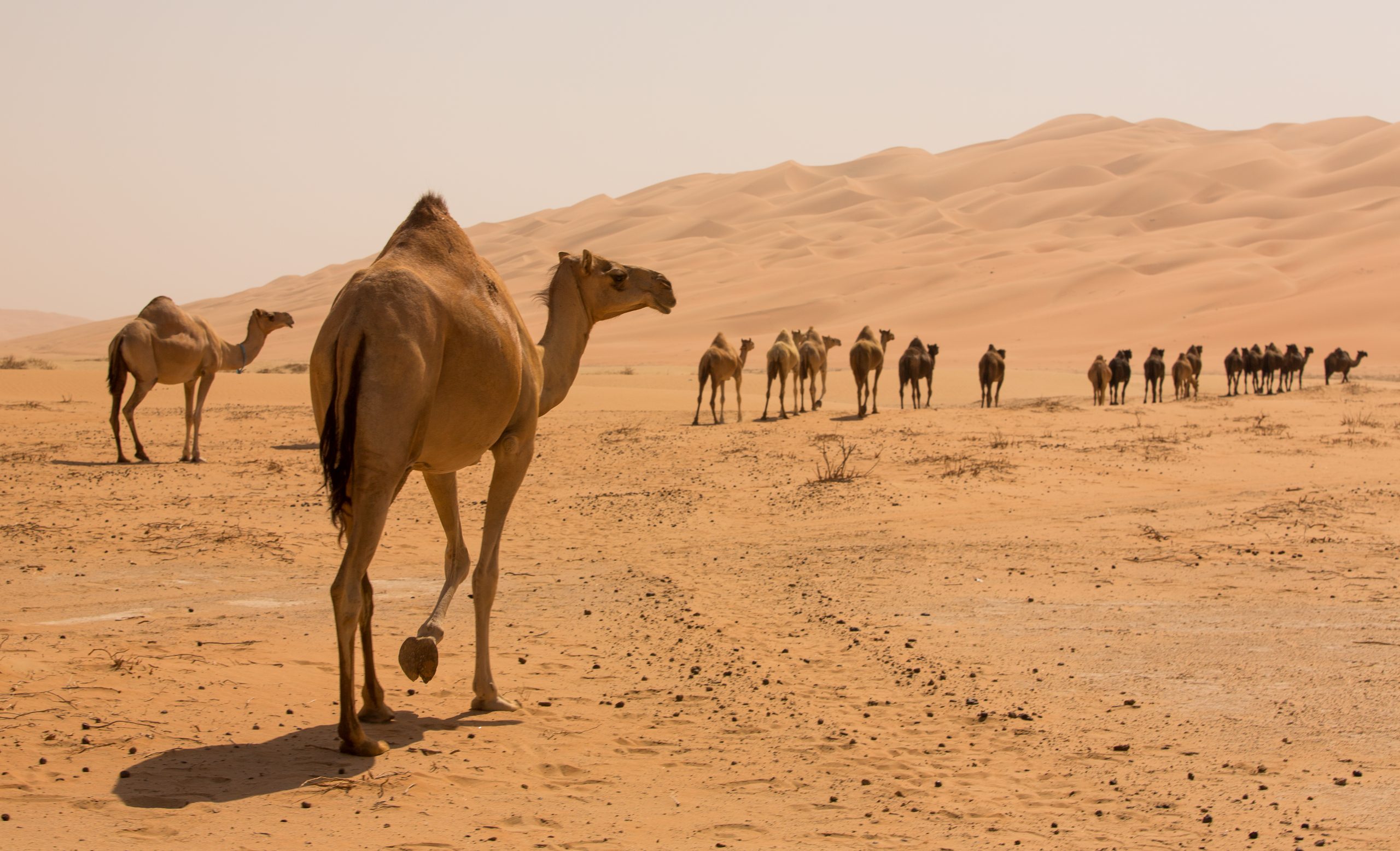 A recent study out of the Journal of Arid Environments is stating that 1% of camels in the United Arab Emirates are dying due to ingesting plastic pollution. As has also been found with marine life and seabirds, the ingested plastic builds up in the digestive system of camels, leading to a range of health issues.

The study used the term polybezoar to describe the “tightly packed collection of indigestible materials, which can include plastics, ropes other litter, and salt deposits, that is trapped in the stomach or digestive tract, forming a large stone-like mass” in the camels. This build-up of plastic in the camels’ digestive systems has been shown to lead to sepsis due to the buildup of certain gut bacteria. It also causes malnutrition and dehydration for the camels.

The researchers looked at the remains of over 30,000 dead camels and found that 300 of them had massive build-ups of plastic in their stomachs.

“They range from the size of a basketball to roughly a large suitcase,” said study co-author Marcus Eriksen. “I’ve got five of these in my garage. One of them weighs about 80 kilograms. It’s massive, a lot of ropes and plastic bags. I’ve got one that’s … as big as my torso, like a giant potato. I cut it in half, and through and through, it’s only plastic bags. Between, I’d say, between 2,500 and 3,000 plastic bags, all compressed.”

Camels are particularly vulnerable when it comes to ingesting plastic. They have been found to eat plastic bags and other debris alongside roads and from trees.

“Think of the camels, what they know. All they know in the desert [is] if it’s not sand, it’s food,” Eriksen continued. “If they see a plastic bag stuck in a tree … or stuck against a fence, they might think, ‘Oh, that’s a novel piece of food,’ and they’ll consume it.”

Plastic pollution is all over the planet. Recently, researchers even found microplastics atop Mount Everest. Plastic has also been found in Mussels across the European Arctic and China. Levels of plastics found in Antarctica were recently discovered to be 5x what was expected as well.

Sign this petition to join the fight against plastic pollution.

Join the Fight Against Plastic PollutionClick Here to Sign Petition