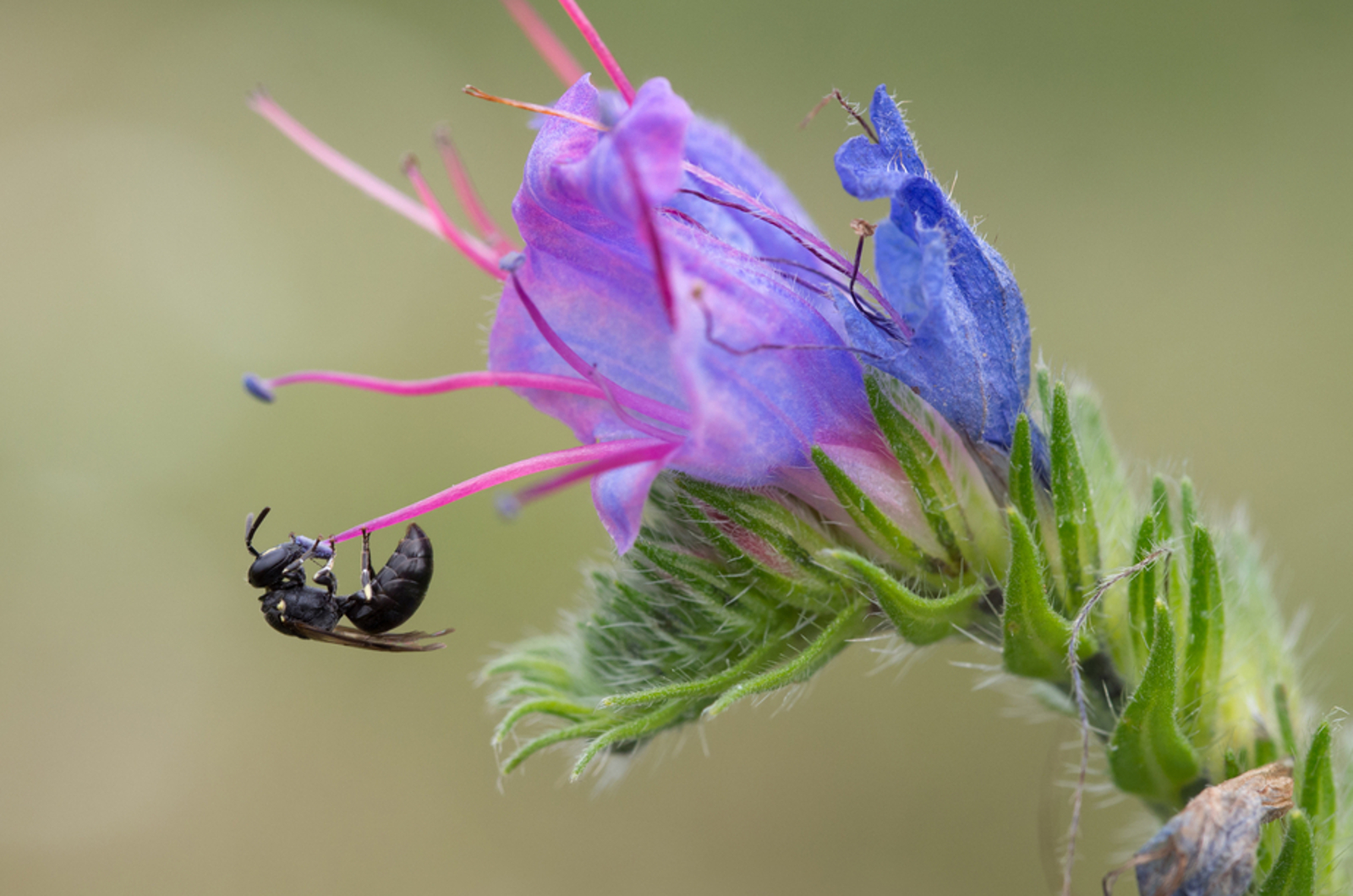 It might come as a surprise that when we hear about Colony Collapse Disorder in bees, we’re really only talking about just one species, the European Honeybee, which, as its name suggests, isn’t even native to North America. The species was brought over in the 1600s by European colonists. Honeybees have since been bred extensively in order to pollinate cash crops en masse, many of them shipped across the country several times a year as different plants come into bloom. But there are thousands of species of bees that pollinate a wide variety of plants, and though they rarely make the news, some of these bees are far worse off than the familiar honeybee. For the first time ever, the U.S. Fish and Wildlife Service has put seven species of bees on the endangered species list, which means if something isn’t done soon, we may start to see their irrevocable disappearance along with the possible extinction of the plants they pollinate (you can find the full Fish and Wildlife report here).

The Hylaeus Bees of Hawaii 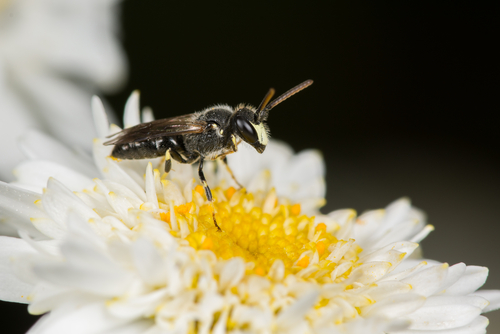 With dire reports in the news of species extinctions and environmental pollution, finding a way to help on an individual level can sometimes feel like an overwhelming and hopeless prospect. But the story of how bees made it onto the endangered species list started with one woman, fresh out of college, who wanted to make a difference.

During graduate school, while getting her master’s degree, Lisa Schonberg spent part of her time studying tropical ants in Costa Rica and the remaining time touring the U.S. with her band, in which she played the drums. When she graduated, unsure whether to forge a career in science or music, she opted to give the former a try and took a job with the non-profit organization the Xerxes Society. If you haven’t heard of them yet, Xerxes works toward the conservation of invertebrates and focuses especially on pollinators. Lisa was assigned to a group of bees in the genus Hylaeus, which has about 500 species, 63 of which are endemic to the Hawaiian Islands.

Amazingly, all of the species in Hawaii arose from a single ancestor that likely flew across the Atlantic from Japan. Unlike Honeybees, though, Hylaeus bees don’t produce honey, nor do they live in large colonies; instead, they each make their own individual nests out of stems, twigs, logs, and any other available area they happen to come across. Some of them, such as the hilaris yellow-faced bee, don’t even do that much; instead, they lay their eggs in the nests of other unsuspecting Hylaeus bees which will then unknowingly feed the intruders along with their own developing larvae. But as Lisa began to sift through the scarce literature there was on these bees, she realized that some of them were likely in trouble.

The first person to document the occurrence of Hylaeus bees on the Islands was the British naturalist R.C.L. Perkins. When writing up his book on the fauna of Hawaii, he noted that the Hylaeus bees were “almost the most ubiquitous of any Hawaiian insects.” But within just a few decades, when Ph.D. student Karl Magnacca went back to look for these species again, it became evident that the ranges of several had diminished, some of them so rare that they were found at just a handful of locations throughout the state. Magnacca’s surveys would later provide Lisa with much of the information she’d need to assert that many Hylaeus bees were in danger of extinction.

Within the span of just six months in 2009, Lisa co-authored several petitions to the U.S. Fish and Wildlife service to list a total of seven Hylaeus bees as endangered, which, if granted, would provide some form of restorative aid in an attempt to keep the bees from going entirely extinct. But for a long time, nothing happened, as the petitions waded through the long bureaucratic process of eventual rejection or approval. Her work finished, Lisa left her position at Xerxes, but it didn’t seem like she’d accomplished enough, so she teamed up with a fellow artist and flew to Hawaii with the goal of writing a book on the natural history of Hylaeus bees in order to bring their plight to a wider audience. During the intervening years, she published her book, appropriately called The Hylaeus Project, and an additional survey of Hylaeus bees was undertaken by researchers and published in 2013, further underscoring the need for the federal protection of several species.

Finally, after years of waiting, Lisa’s work, along with the persistent research and surveys conducted by scientists, finally paid off. In October of 2016, the U.S. Fish and Wildlife Service put the seven recommended species of Hylaeus on the endangered species list, the first time ever any species of bee has ever been officially acknowledged as imperiled.

There are several underlying causes behind the decline in Hylaeus bees. As Hawaii becomes more and more developed, the area that once supported native plant species, on which the bees depend for food, gives way to urbanized landscapes and agricultural fields. Several invasive plant species also displace the native flora. This is especially problematic because bees don’t just pollinate any plant they happen to come across. Instead, they are specialists of just a few plant species. Hylaeus mana, for example, likely only pollinates sandalwood trees. The destruction of native habitat by cattle and other introduced mammals, such as goats and feral pigs, are also driving these species to extinction.

One of the most important things you can do to protect native bee species is to buy local produce. Many small farms don’t bother with importing honeybees to pollinate their crops, and instead, let the native bees do all the work for them. If you have room for a garden, you can also stock up on bee-friendly plants that will help support the bees around your home. All it took was the commitment and dedication of one individual to get the Hylaeus protected by the government, but we can all work to protect the other pollinators in our areas – after all, we need them much more than they need us.