Australian Rescuers Racing to Save Hundreds of Stranded Pilot Whales, 90 Have Already Died 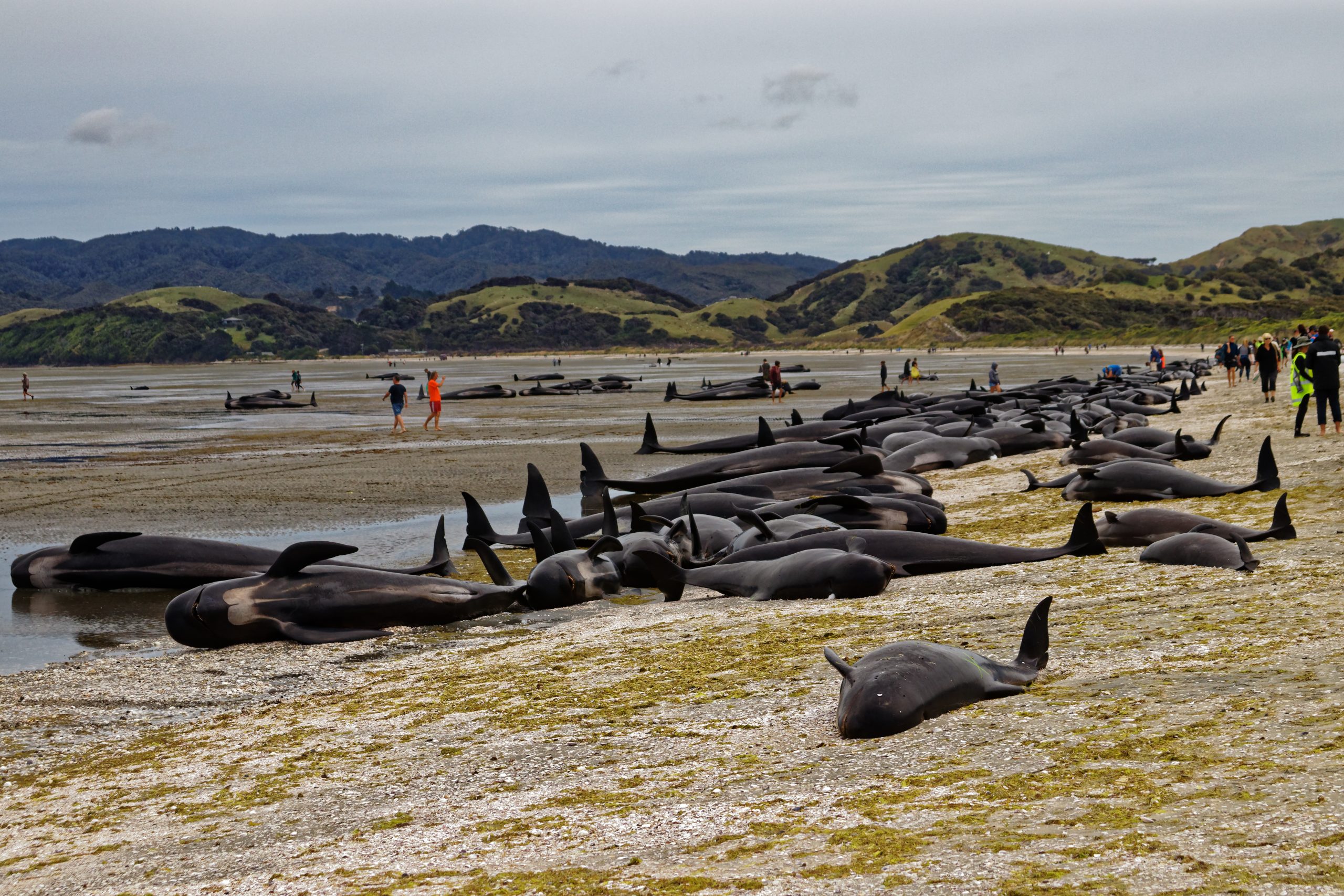 Rescuers are racing to save hundreds of pilot whales stranded on sandbars in Tasmania.

As of Sept 22., officials have freed 25 of the 270 whales but about 90 of the marine mammals have already died.

Nic Deka of Tasmania’s Parks and Wildlife Service described the situation to Australian broadcaster ABC: “The main pod that’s stranded is on a sandbar that’s about 100 meters off the Macquarie Heads boat ramp, and there’s a further pod on another sandbar several hundred meters further out from there.”

A huge rescue effort, including at least 60 people and several boats, are trying to free the marine mammals from three sites.

“We’ve hit upon a method that’s giving us the best chance of success,” Deka told The Guardian. Rescuers slide a large sling under the whale and then pull and coax the animal off the sand.

“There comes a point when the whale becomes slightly buoyant then we allow the boat to help the whale into the channel and the animal is then released,” Deka said.

“Their social groups and strong bonding between the groups causes often all of them to strand,” Olaf Meynecke, a whale researcher and Project Manager of whales and climate at Griffith University, told Reuters.

Tasmania, an island state of Australia about 150 miles south of the mainland, is prone to whale strandings. Tasmanian officials respond to strandings of whales or dolphins every two to three weeks, Reuters reported, but a stranding of this scale is uncommon.

Authorities do not know how the 270 whales got stranded earlier this week.