Hamburgers and Hunger: How Animal Agriculture Endangers the Future of Food In America 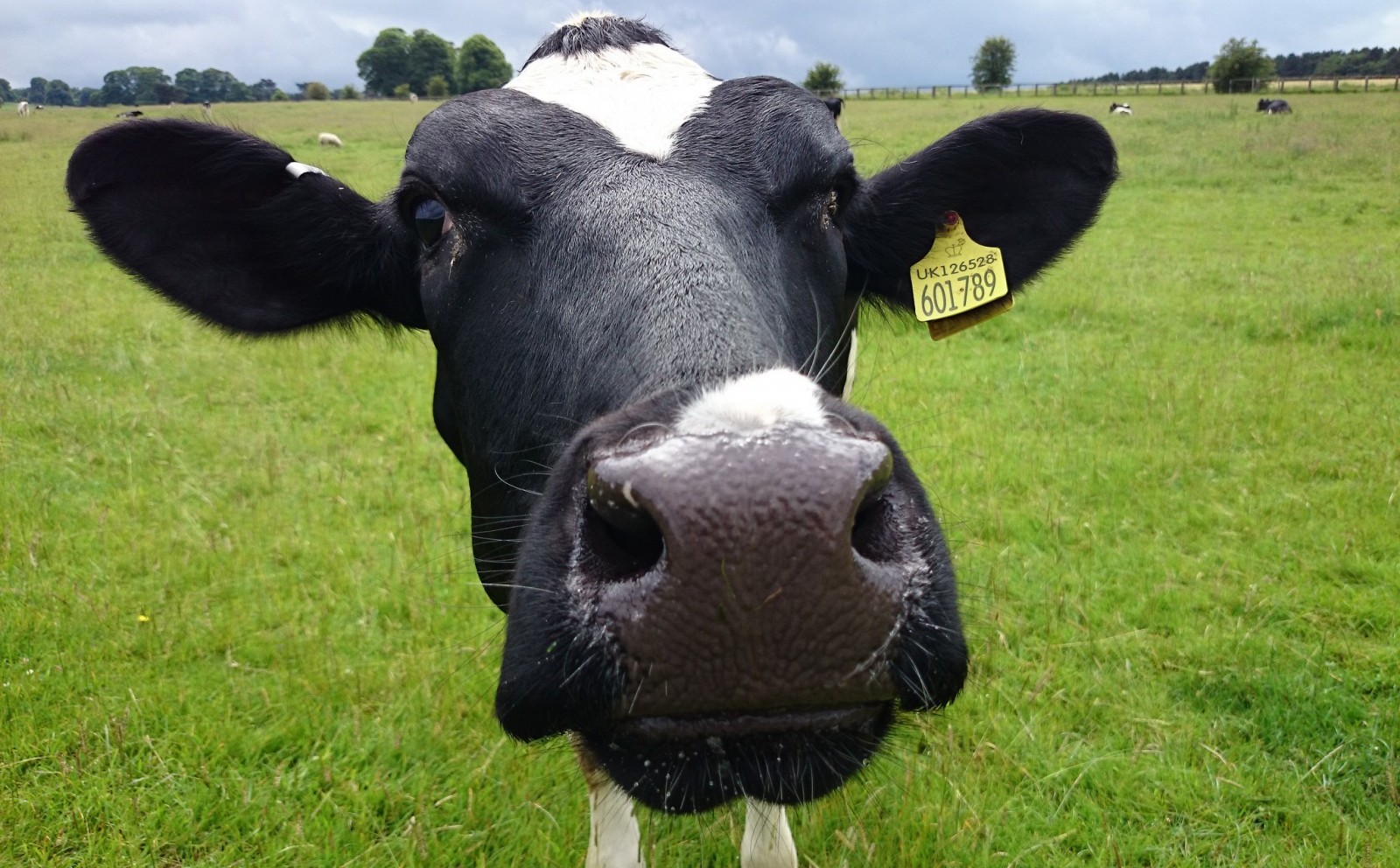 The conventional American diet is often heavily reliant on animal products. In 2014, the United States saw a per capita meat consumption of 54.2 pounds of beef, 46.4 pounds of pork, and 84.7 pounds of chicken. Total meat consumption per person in the U.S. amounts to roughly 198.51 pounds, second in the world only to Australia. And while the consumption of some dairy items like liquid milk are currently declining in America, other forms of dairy such as cheese have tripled in per capita consumption since 1970.

The United States may not be the largest nation in the world, but by carrying such a high per capita consumption rate of animal products, the country is using an immense amount of resources just to feed its residents. And while Americans may be enjoying their double bacon cheeseburgers now, our food production patterns may eventually threaten our ability to produce food later on down the road as our natural resources become depleted and exhausted in the process.

The ecological footprint that animal agriculture carries is tremendous simply because we are raising a massive number of animals. A 2014 estimate placed the number of animals killed for meat and dairy in the United States alone at nine billion individuals. That’s nine billion animals draining our water resources, polluting our skies and waterways, and using up our land for grazing and feed production.  The rate at which this is happening is incredibly unsustainable, thus making our future of food production look rather dim and uncertain. 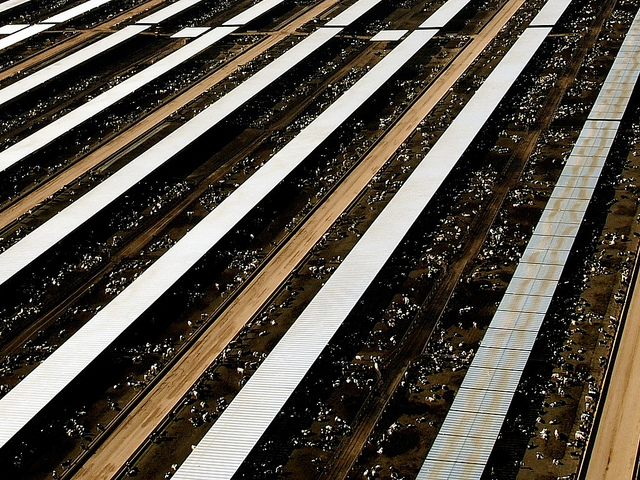 Animal protein uses a lot of water to produce. A pound of beef requires an estimated 1,799 gallons of water and a pound of pork requires 576 gallons of water. Dairy products also require an awful amount of water: one glass of milk represents 30 gallons of water used, two slices of cheese require 50 gallons, and a single stick of butter uses a whopping 109 gallons! These figures factor in not only the drinking water that animals require on a daily basis to survive ( 30 gallons for a cow, 7 gallons for a pig), but also the irrigation needed to grow the crops these animals eat. To produce six pounds of alfalfa hay for animal feed, 638 gallons of irrigation water is needed.  Other popular animal feed crops include corn which requires 147 gallons of water to produce one pound and soybeans which need 257 gallons of water per pound. As America grows more concerned with simply having enough drinking water for people during droughts, you have to wonder if having so many animals around to drink up our fresh water and use it in their own food is really ideal.

Raising animals for food ends up being a pretty destructive way to use land. First off, the animals themselves need a place to live and that often ends up being on a Concentrated Animal Feeding Operation (CAFO). While a CAFO or factory farm is designed to simplify the production system space by cramming more animals into a smaller area, these operations end up being both stressful and downright inhumane to the animals living there, as well as sources of highly concentrated and dangerous animal waste.

Second, even more space is needed to grow the feed crops that livestock consumes. In total, the United States currently dedicates 149 million acres of farmland to grow crops for animal feed.   Unfortunately, these farming operations do not feature diverse crops that could feed the country a variety of nutritious plant-based foods. Instead, these are intensely mono-cropped operations that favor animal-friendly grain crops in place of anything a human would consume. 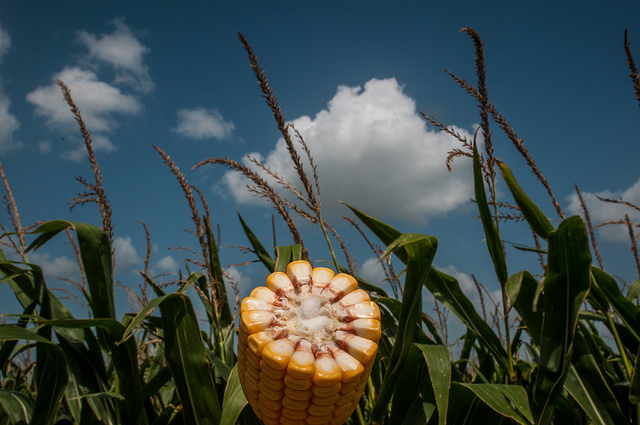 Unfortunately, the damage of the meat and dairy industry is not limited only to the resources it pulls in to feed its production. Rather, a great deal of damage also stems from the system’s output of pollutants. Water and air pollution are massive testaments of the damage that raising animals for food can do to our planet. In 2000, the Environmental Protection Agency (EPA) found that 48 percent of stream and river pollution and 41 percent of lake water pollution was from animal agricultural operations. Things aren’t much better for our air, either. Air quality is degraded by livestock which produces a variety of pollutants like methane, hydrogen sulfide, and ammonia.

As we become more and more aware of the damages that our animal agriculture is doing to the environment, one has to reason that, eventually, the damage will be too great and could very well threaten our ability to produce food one day.

The Future Of Food

Considering all of the resources that the U.S. pours into meat and dairy production, as well as the destruction of the environment that results, it is reasonable to worry about what the future holds for our food production capabilities.

Over-use of our freshwater resources for meat and dairy is one area that is particularly concerning. The impact that the drought in California has had on our food production is a peek into what the future may look like. When we are pressed for freshwater, is it really wise to let it flow into animal production instead of more crops for human consumption?

The contribution of animal agriculture to climate change is another worrisome topic. A 2004 study found cows contributing more methane than the oil industry to the atmosphere. Cows are also blamed for roughly half of human-caused greenhouse gas emissions the atmosphere must deal with. A changing climate is expected to cause a variety of challenges to our food supplies including increased need for irrigation, decreased yields, increased pests and disease, and more difficulty in planting and harvesting crops. Are steak and milk today really worth all the trouble we’ll have in producing food tomorrow?

As you can see, allowing animal agriculture to have such a heavy presence in the United States is having disastrous results for the environment. And it’s threatening our chances for a stable food system in the future. If we want clean air and water, thriving ecosystems, and land that produces enough healthy food for all, we need to start questioning our choices around meat and dairy.

If you’ve been convinced that animal agriculture is doing more harm than good to our planet and us, you have the power to step away from this unsustainable system.