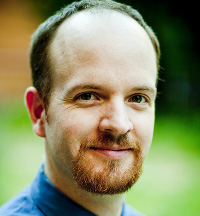 Matt Rice serves as director of investigations for Mercy For Animals, working closely with undercover investigators to obtain video footage and other evidence of animal abuse at factory farms, hatcheries, and slaughterhouses. Matt also works with attorneys, veterinarians, and animal welfare experts to review covert footage and draft criminal complaints, and with local, state, and federal law enforcement agencies to secure animal cruelty convictions against individuals and facilities that abuse animals. Investigations by MFA have led to raids of factory farms, rescues of abused and neglected farmed animals, passage of landmark anticruelty legislation, corporate animal welfare policy reforms, and millions of people's hearts and minds opened to the power of food choices to create a kinder world. Matt is a former US marine and holds a bachelor's degree in biology and anthropology from the University of Colorado in Colorado Springs. For as long as he can remember, Matt has had an affinity for animals and has been opposed to more visible forms of cruelty, but he had never really considered the plight of farmed animals until he watched the documentary Meet Your Meat. After witnessing the needless suffering endured by cows, pigs, chickens, and other farmed animals, he decided to adopt a vegan lifestyle and become a committed animal advocate.