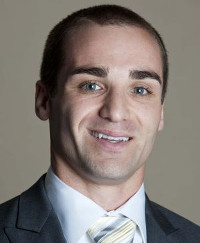 After graduating from Lewis & Clark Law School in 2011, Dominguez joined the Farm Animal Protection campaign and works to pass legislation that protects farm animals from cruelty while blocking harmful bills. Dominguez’s work has been covered by the NY Times, CNN, and other major outlets. He’s played a key role in major victories, including state bans on extreme confinement of farm animals and helped lead efforts to defeat over thirty “ag-gag” bills.