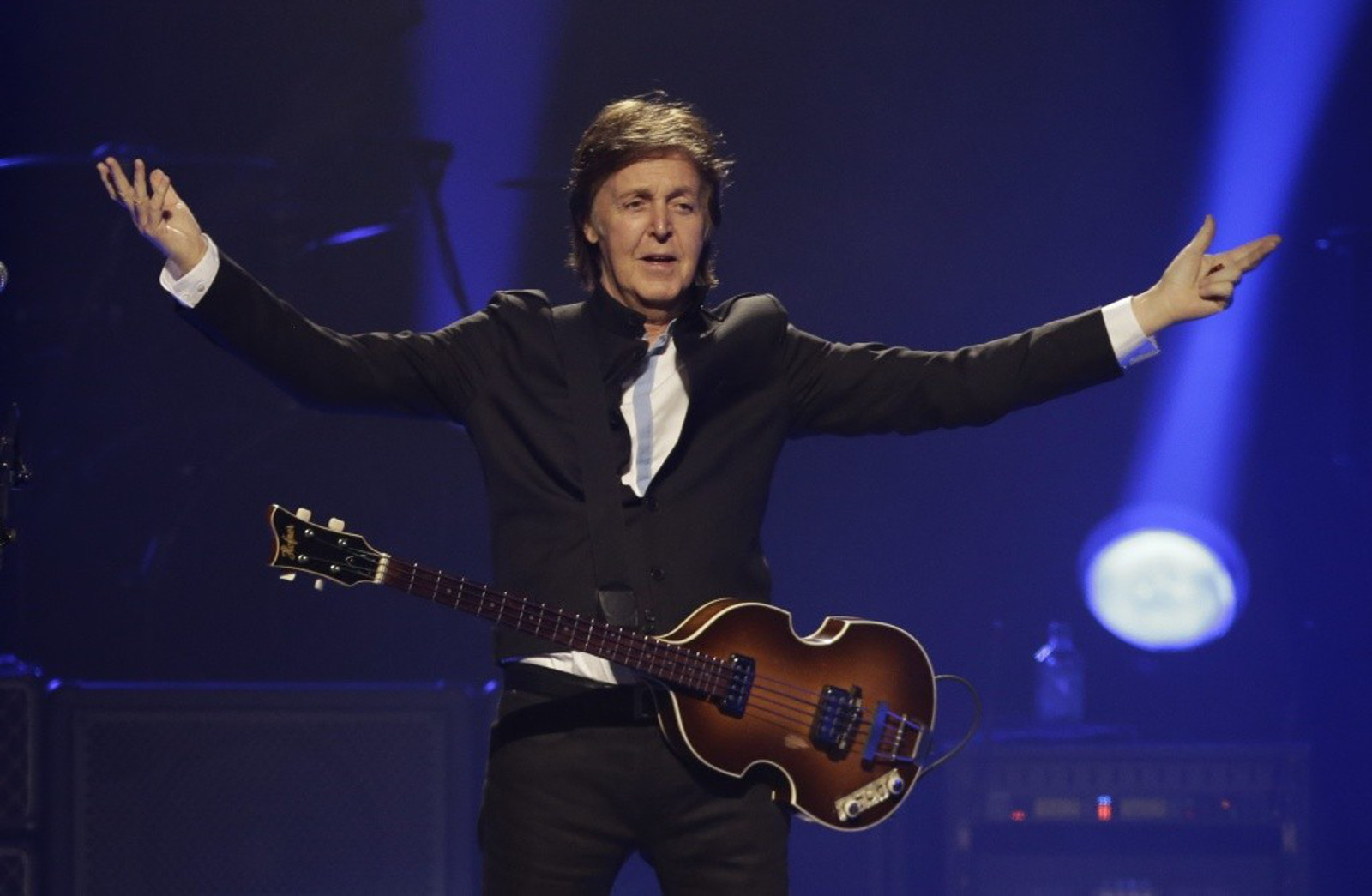 Sir Paul McCartney is indisputably best known for being the “cute” Beatle and one half of the greatest songwriting partnership in music history. He’s been active in the music industry for decades, including an amazingly successful solo career that followed the breakup of the Beatles and continues today. He’s played for the Queen, the President of the United States, and at the opening ceremony of the Olympics. He is certainly one of the most famous and prolific musicians of all time.

But what many people don’t know about Paul is exactly how much he has done to speak up for and help animals throughout his life. From his diet to the many campaigns he supports, here are five reasons why Paul McCartney is the ultimate animal rights superstar.

Following the end of the Beatles, Paul and his late wife, Linda McCartney, retreated to their peaceful and secluded farm in Kintyre, Scotland. Here, they raised a variety of animals, including horses and sheep. According to Paul, his decision to become a vegetarian was the result of an epiphany he had one day in the 1970s while eating dinner with Linda. As they cut into a roast dinner, they looked out the window to see their own lambs frolicking happily in the pastures. “I had an epiphany. I was taking animals’ lives.” That day, Paul and Linda made the connection between the animals on their plate and the animals in their backyard and went vegetarian. Paul hasn’t looked back since!

2. Paul has been the face of a meat-free diet for decades.

Ever since giving up eating meat himself, Paul has been an outspoken advocate for farm animal rights. He is the narrator of PETA’s “Glass Walls,” a short documentary that exposes the cruel treatment of farmed animals and encourages people to give up animal products altogether. Paul recently arranged for copies of “Glass Walls” to be sent to the moon, in hopes of inspiring future generations to continue to fight for animal rights.

Several years ago, Paul created Meat Free Monday, a campaign that encourages people to give up meat one day a week to reduce animal suffering, improve public health, and protect the environment from the negative effects of factory farming. By actively promoting “Glass Walls” and Meat Free Monday to his fans around the world, Paul has exposed millions of people to a plant-based diet who might otherwise have discounted it.

A renowned songwriter, Paul has penned several songs that center around animals and animal rights. As early as 1968, Paul demonstrated his love for animals in his song “Martha My Dear,” a song written not about a woman, but about his English sheepdog, Martha. In “Wildlife,” Paul began dabbling in animal rights issues by contemplating animals who are trapped in zoos.

It was 1993’s “Looking for Changes” in which Paul first explicitly and unapologetically explored animal rights issues in his professional work. This powerful song is a statement against vivisection, in which Paul proclaims, “I tell you that we’ll all be looking for changes, changes in the way we treat our fellow creatures.” Paul recently released a short rap about going meatless and the song “Meat Free Monday” in support of his Meat Free Monday campaign, and he enlisted the support of his fans to create a music video for the song. Unlike many artists who avoid controversial issues in their work, Paul has purposefully addressed animal issues in his songs and tries to get his fans interested in the issues by involving them in the creative process.

4. He also advocates to save elephants.

In addition to advocating for farmed animals, Paul has taken a special interest in elephants and has worked to ensure their survival and humane treatment. Paul played a big role in the release of Sunder, an elephant imprisoned in an Indian temple where he was repeatedly abused by his handlers. By calling for Sunder’s release, Paul helped ensure that an international spotlight was shined on Sunder’s situation. Paul has also helped to fight ivory trafficking. In 2014, Paul donated a guitar to an auction benefitting the Nature Conservatory’s African Elephant Initiative. Paul signed the guitar and wrote an additional note on it, stating, “This guitar saves elephants!”

Paul has taken a strong stand against vivisection by supporting several notable anti-vivisection campaigns. In 2011, Paul joined with the British Union for the Abolition of Vivisection in calling for the European Union to ban all cosmetics that had been tested on animals. With Paul’s help, the campaign was successful – in March 2013 the European Union banned the sale of all new animal-tested cosmetics.

In 2012, Paul lent his support to Humane Society International’s Be Cruelty Free campaign, the largest effort in history seeking to end animal testing for cosmetics. In explaining his decision to support the campaign, Paul noted that “The ugly truth about testing beauty products on animals is that it causes them unimaginable pain and suffering. If every cosmetic tested on rabbits or mice had a photo on the packaging showing these animals with weeping swollen eyes and inflamed skin, I believe everyone would leave cruelty on the shelf and go for the cruelty-free option instead.” In 2014, the Be Cruelty Free campaign experienced two wonderful victories when India banned the use of animals in cosmetics testing and the import of cosmetics tested on animals.

An Influential Artist and a Model Activist

Paul McCartney has spoken up on behalf of helpless animals countless times since the 1970s. From promoting farm animal rights, to supporting various animal rights campaigns, to penning animal-themed songs, he is a true example of a passionate and effective activist. While he will likely be best remembered as a member of the ground-breaking Beatles, Paul also deserves recognition for all that he has done and will no doubt continue to do for animals. While we’re still looking for “changes in the way we treat our fellow creatures,” Sir Paul McCartney has been a huge part of those changes that we have seen.