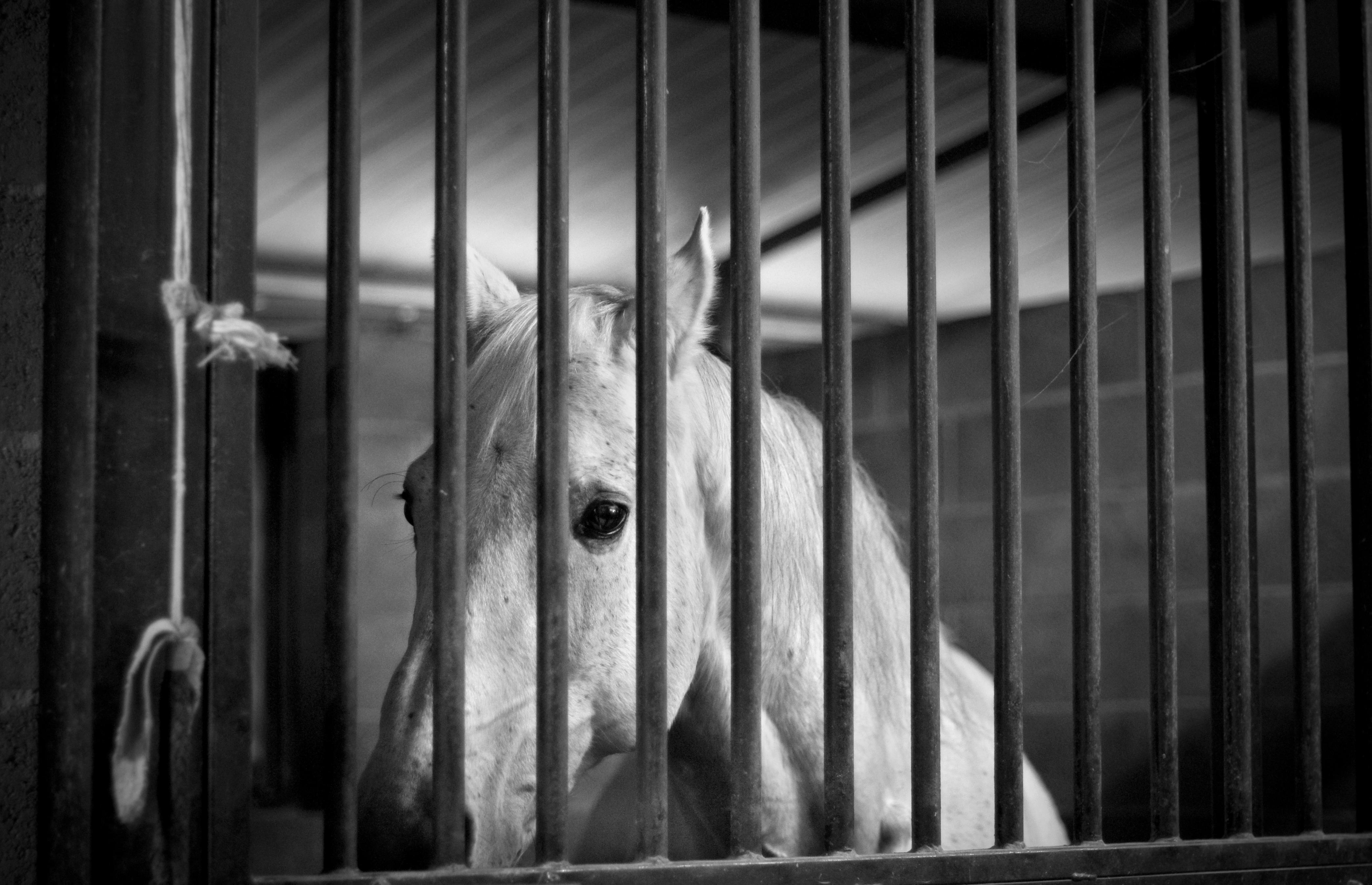 The horse racing industry is absolutely horrifying. Recently, it was revealed that a “champion” horse trainer in Australia was being charged with animal cruelty, unveiling the dark reality behind the glamor of the “sport.” Horses in the industry are bred dangerously to have certain body shapes that allow them to acquire certain speeds, but are unhealthy for them. They’re given performance enhancement drugs and forced to undergo cruel procedures like soring. Then, when they are no longer useful or profitable, they are sent to be slaughtered.

Australian news site, ABC went on an undercover investigation to discover the truth about horse slaughter. What they learned at an Australian abattoir was absolutely devastating, and something they believe will shake the horse racing industry to its core.

As they describe it: “The vision obtained by the ABC also shows abattoir workers tormenting animals before they are killed. The covert cameras record horses being beaten and abused, bolted to the brain repeatedly and ineffectively killed. Others are kicked and suffer electric shocks while confined in the kill box. One worker can be seen repeatedly slamming a gate into a group of horses, another beats the horses with a hose.”

Directly contradicting the information from leaders of the race horsing industry who claim they don’t send horses the slaughter, ABC learned that “around 300 racehorses went through Meramist Abattoir in just 22 days.”

In a disgusting and horrifying twist that combines two cruel animal racing industries, their investigation also confirmed that while some of the meat from the horse slaughters was sold for human consumption, Luddenham Pet Meat supplies minced horse meat to the greyhound racing industry.

Big horse racing events are coming up in Australia like the Melbourne Cup and the Everest, so it will be interesting to see how the industry deals with these developments. But in good news, the investigation is already yielding positive results. According to ABC, “The Minister for Agriculture has directed biosecurity officers to go in and investigate animal cruelty allegations at the Meramist Abattoir.”

If this investigation inspires you to speak up against the horrors of the race horsing industry, sign this petition demanding an end to horse racing in Australia!