The Fur Trend Might Be Making a Comeback, But Here’s Why We Still Have Hope 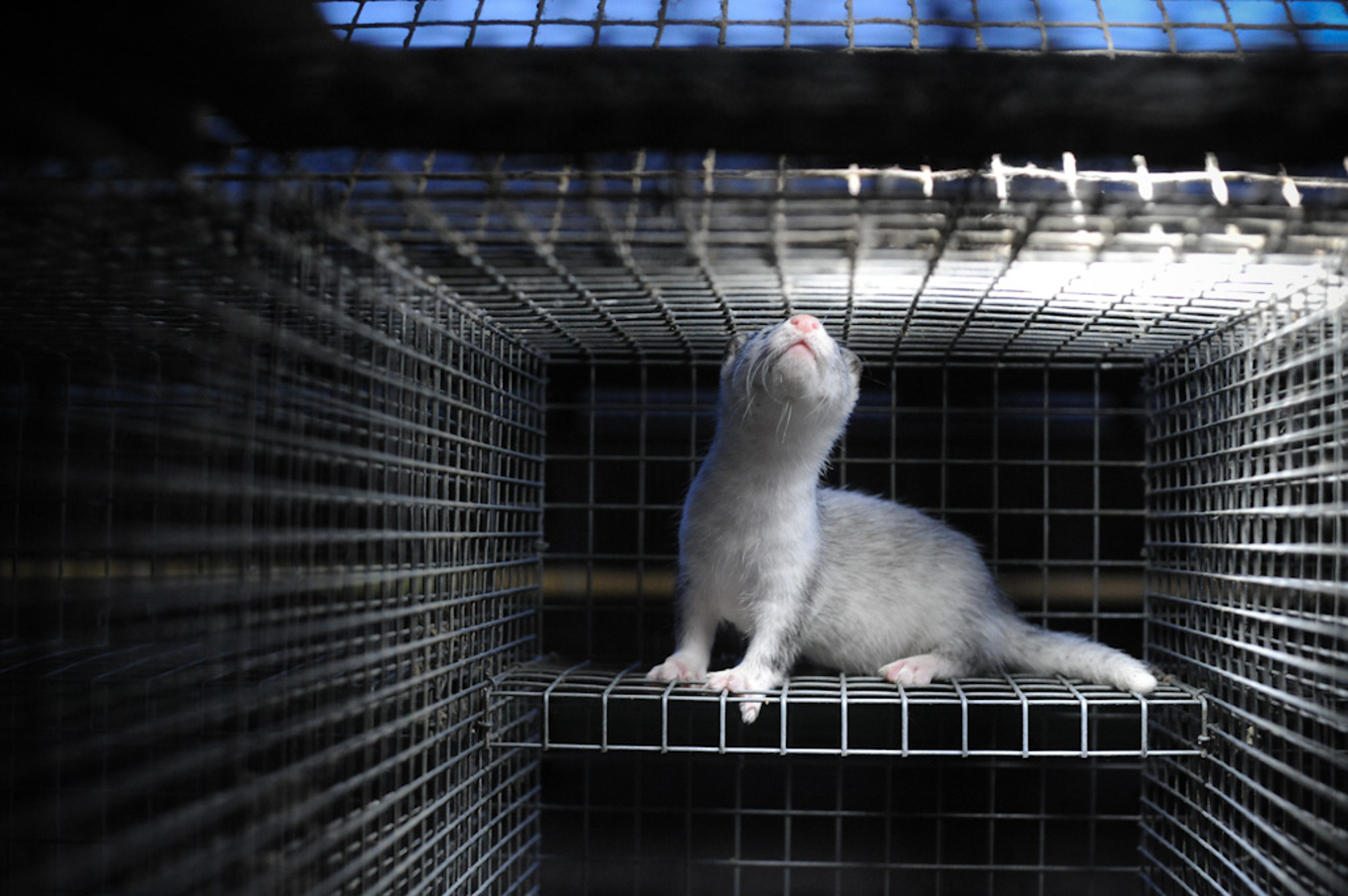 While the public opinion regarding whether fur is cool or cruel has changed in recent years, millions of minks continue to be slaughtered for their pelts to make fur coats and accessories. Although more people are aware of the horrors involved in the fur industry, it seems that fur spiked in popularity this year in the fashion scene.

Fendi recently held a fur-only fashion show during the Paris haute couture shows.  Other designers who have recently joined the fur bandwagon are Michael Kors, Jean Paul Gaultier, and Jeremy Scott of Moschino.  In fact, 73 percent of the 436 fashion shows in New York, Paris, Milan, and London had fur this year.  Fur can be found more and more in the ready to wear sections of stores, making it easily accessible to everyone.

Pandering of the Fur Industry

The fur industry is playing a major role in this popularity through a variety of tactics, all of them less than honest.  One is sponsoring fur design competitions for fashion students, as well as providing free samples for use in designs.  The British Fur Trade Association even targeted young children with an educational initiative available online for students and teachers called Fur Trails.  In addition, the fur industry has even tried to claim it’s sustainable, including campaigns like Fur Council of Canada’s website furisgreen.com. However, when you strip away the glitz and glamour that the industry manufactures for the sake of their sales, we see a much different industry.

While fur proponents might laud the beauty of real fur garments, the reality of how these items are made is anything but beautiful. The most commonly farmed fur animals are mink and foxes, who are kept in incredibly cruel conditions on fur farms.  The biggest producer of mink pelts is China, which produced 35 million pelts in 2014.

In order to produce this high volume of animal pelts to meet consumer demands, fur farms run in a manner very similar to factory farms with the animals living in overcrowded cages and deprived of their basic necessities. In fact, about 85 percent of the fur is raised in a factory farm environment.

In addition to harming the animals who live in fur farms, this industry also has a rather hearty environmental impact.

Fur garments require about 20 times more energy to be produced than fake fur garments.  In addition, the chemicals used on them prevent them from being biodegradable and when these furs are no longer considered in style, they end up buried in a landfill. A life cycle assessment of fur showed that in almost all categories fur is worse for the environment than textiles, including the areas of climate change and toxic emissions.

Hope Is Not Lost

Despite the rise in popularity, there are signs of rebellion.  Many designers, such as Stella McCartney (who did an entire faux fur coat show), Calvin Klein, Vivienne Westwood refuse to use fur.  One of the biggest signs of progress is Hugo Boss’s commitment to a 100 percent fur free policy.  This will start with their 2016 Fall/Winter collection.  They are also banning or reducing their use of angora, down, and wool.

There are also many options to take action against the fur industry.  One of the easiest is to never purchase fur or even patronize stores that sell it. Instead, check out all of these awesome companies that have chosen to commit to going fur free in their designs. You can also write letters to fashion magazines that continue to glamorize fur and encourage your favorite brands and designers to opt for cruelty-free materials.

The rising popularity of fur makes it imperative to fight back and to celebrate designers and retailers who take a stand against it.  The more people know about how fur is produced and its negative impact on both animals and the planet, the less likely they are to support its production.