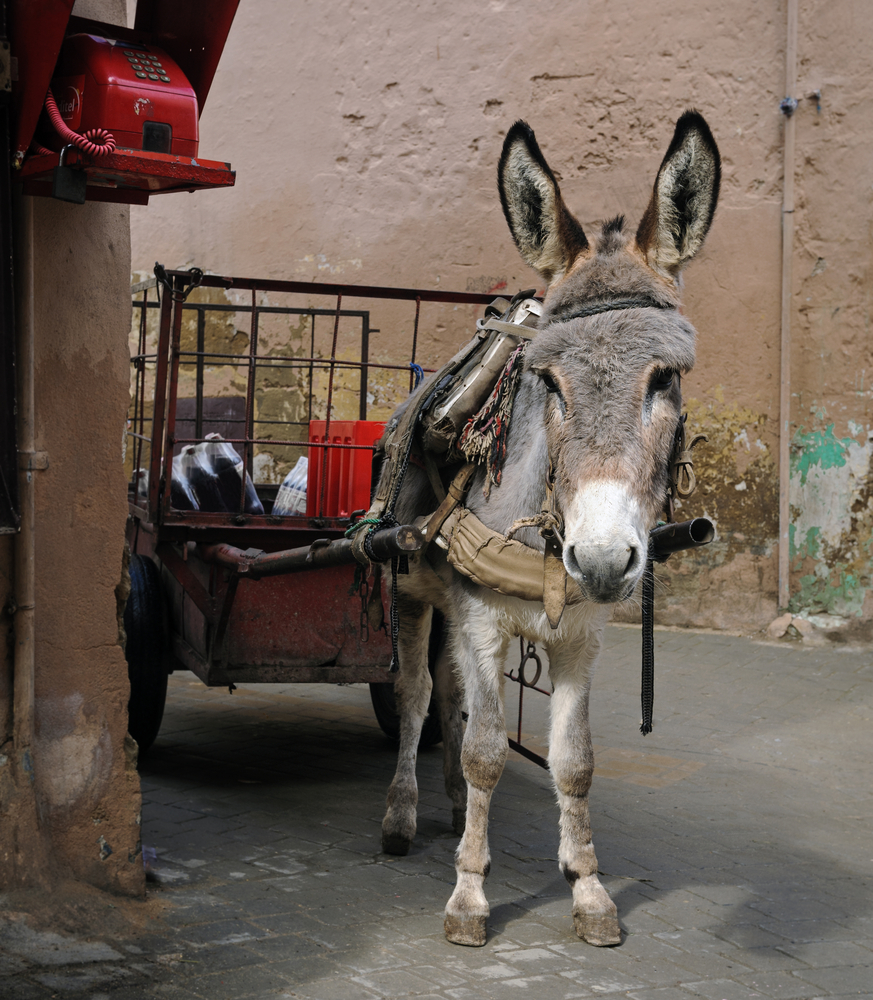 While filming ITV special Gordon, Gino and Fred: Christmas Road Trip, the three celebrity chefs, Gordon Ramsay, Gino D’Acampo, and Fred Sirieix participated in animal cruelty when they forced a small donkey to pull all their weight. It’s not exactly a secret that working donkeys suffer tremendously. They are forced to carry heavy loads, often forced to work in extreme heat without shade or water, and they are mistreated. Donkeys like Lance and Angelo were fortunate to be saved after suffering injuries and mistreatment as working donkeys. Yet celebrity chefs Ramsay, D’Acampo, and Sirieix didn’t care that a small donkey was struggling to pull their weight and they did it anyway.

Audrey Gaffney, of The Ethical Bucket List says: “It is clearly unacceptable for a small animal like this to pull four adult men on a cart. It’s quite disconcerting that no one involved questioned this. Again ITV have failed to undertake adequate research of this extremely important issue, and as is usually the case the animal will suffer. This is ­unacceptable from the UK’s leading commercial broadcaster.”

In many cases, not only are the donkeys forced to pull too much weight or not given enough water or shade, but their harnesses and saddles cause injuries. The three chefs have even been called “idiots” by animal rights campaigner and TV presenter Jan Leeming. She states: “Didn’t it cross their minds that the load was too great for the poor little creature?”

If it was obvious to people watching the TV special that the donkey was struggling, certainly they knew since they were there. Still, they sat there and forced the small donkey to suffer. They even had the audacity to complain with Ramsay exclaiming that he could have walked faster. As Gaffney asked, why didn’t he then?

The network on which the special aired apparently does not care. They simply responded by saying they ensured animal welfare while filming. However, they have a history of allowing animal cruelty and standing by it. They once let someone climb an elephant’s trunk on another show and refused to apologize.

By allowing this to air they are fueling the animal cruelty donkeys suffer in the tourism and working industry. People will then add being pulled by a donkey to their bucket list when they see influential people doing it. If you are as enraged as we are, raise awareness by sharing this information and telling people why what these celebrity chefs did is wrong. You can also sign this petition demanding protection for horses and donkeys in Egypt and Morocco.