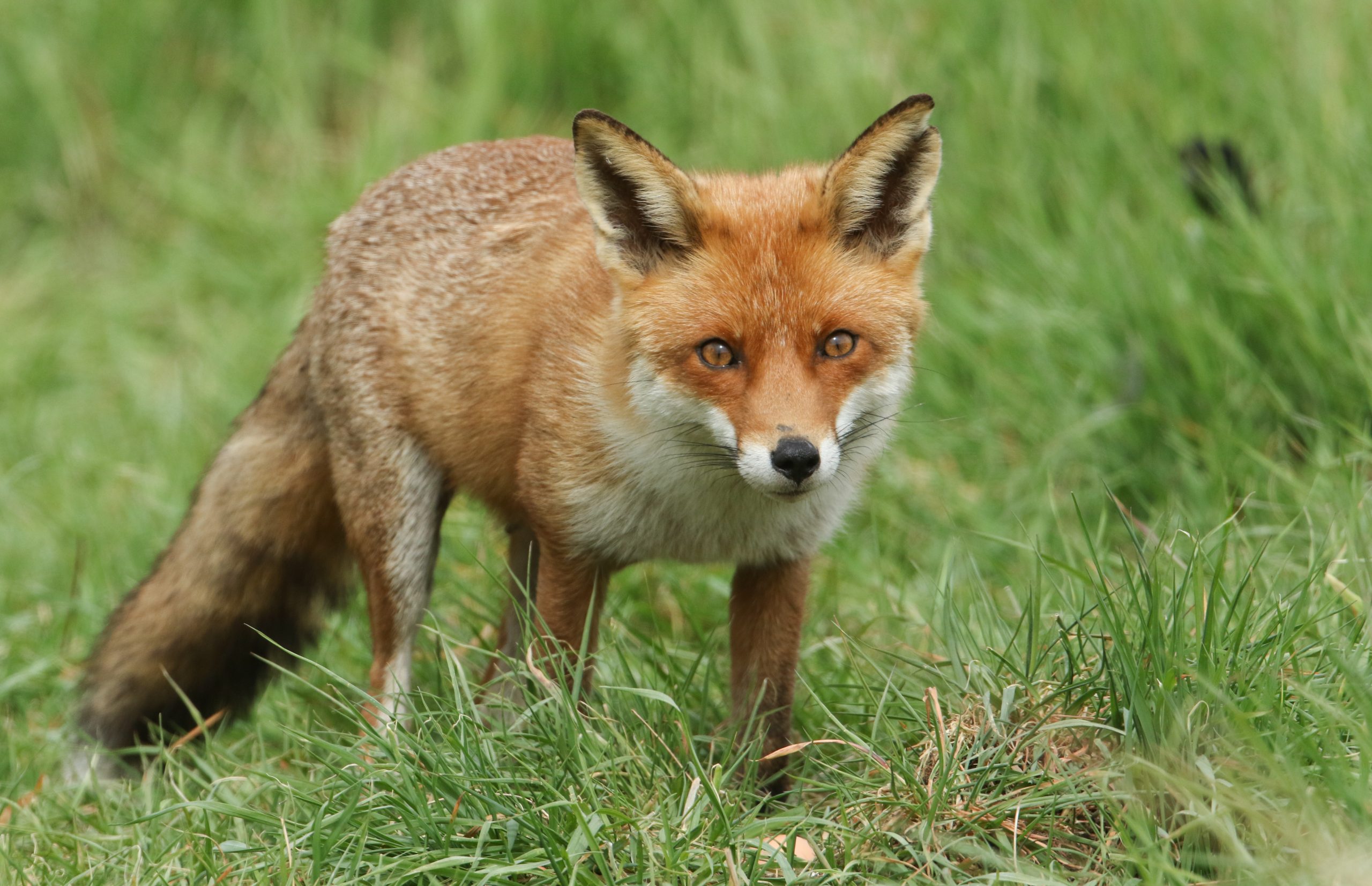 Through petitions, we can reach those in power and demand justice for others. They are valuable tools for making positive changes in the world. If you are looking for a way to help animals and humans, here are 10 petitions you should sign this week, including Reverse Laws that Harm Farmworkers in India, Support Anti-Animal Abuse Laws, and Charge Illegal Fox Hunters with Animal Cruelty.

In the midst of a pandemic, the Indian government decided to pass laws that grant shocking levels of power to corporations and disempower workers who are already struggling. One of these laws gives corporations the ability to set agricultural prices and undercut farmers who already live at subsistence levels. Another restricts citizens’ ability to sue corporations and even limits courts’ jurisdiction over said lawsuits. During COVID, unemployment rates rose to 27%, the highest level ever; suicide among farmers increased; and around three-quarters of Indians living in rural areas could not afford to buy nutritious foods for themselves, their children, or their families. Rich people and corporations, on the other hand, increased their wealth by 35%. However, the people are fighting back. Workers from all sectors, around 250 million individuals, have come together to create the largest workers’ strike in the history of the country — and even in the history of the entire world. Sign this petition to demand that Modi and his government repeal these egregiously anti-worker laws!

2. Tell Governments to Provide Support for Animal Sanctuaries Who Are Struggling Due to the Pandemic 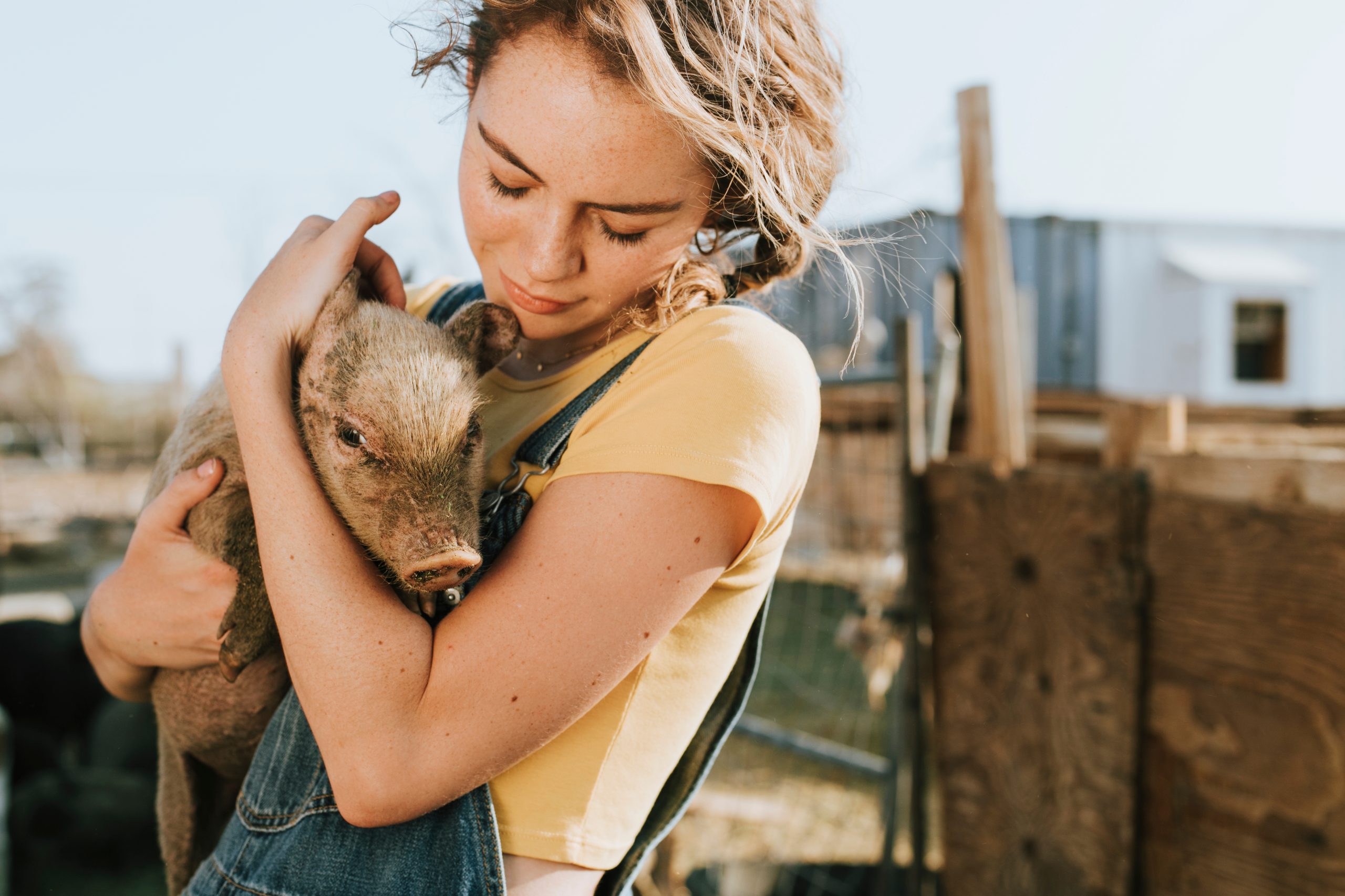 Sanctuaries are wonderful places for all of the abused, abandoned, ill, displaced, and injured animals that have been harmed by humans or their actions. So many animals depend on these facilities and they also teach people how to be more kind to animals as well as the environment. Sadly, like many industries and people, sanctuaries have been hit hard by the pandemic. Without visitors or donors and with more animals ending up abandoned due to people being unable to care for them, many sanctuaries are running out of funding.  Yet the animals don’t suddenly stop needing food, water, and veterinary care. And supplies don’t suddenly stop costing money. Abused, abandoned, injured, and neglected animals need these sanctuaries — and the sanctuaries need our help. Sign this petition to tell world leaders to provide emergency funding for true animal sanctuaries in their countries! 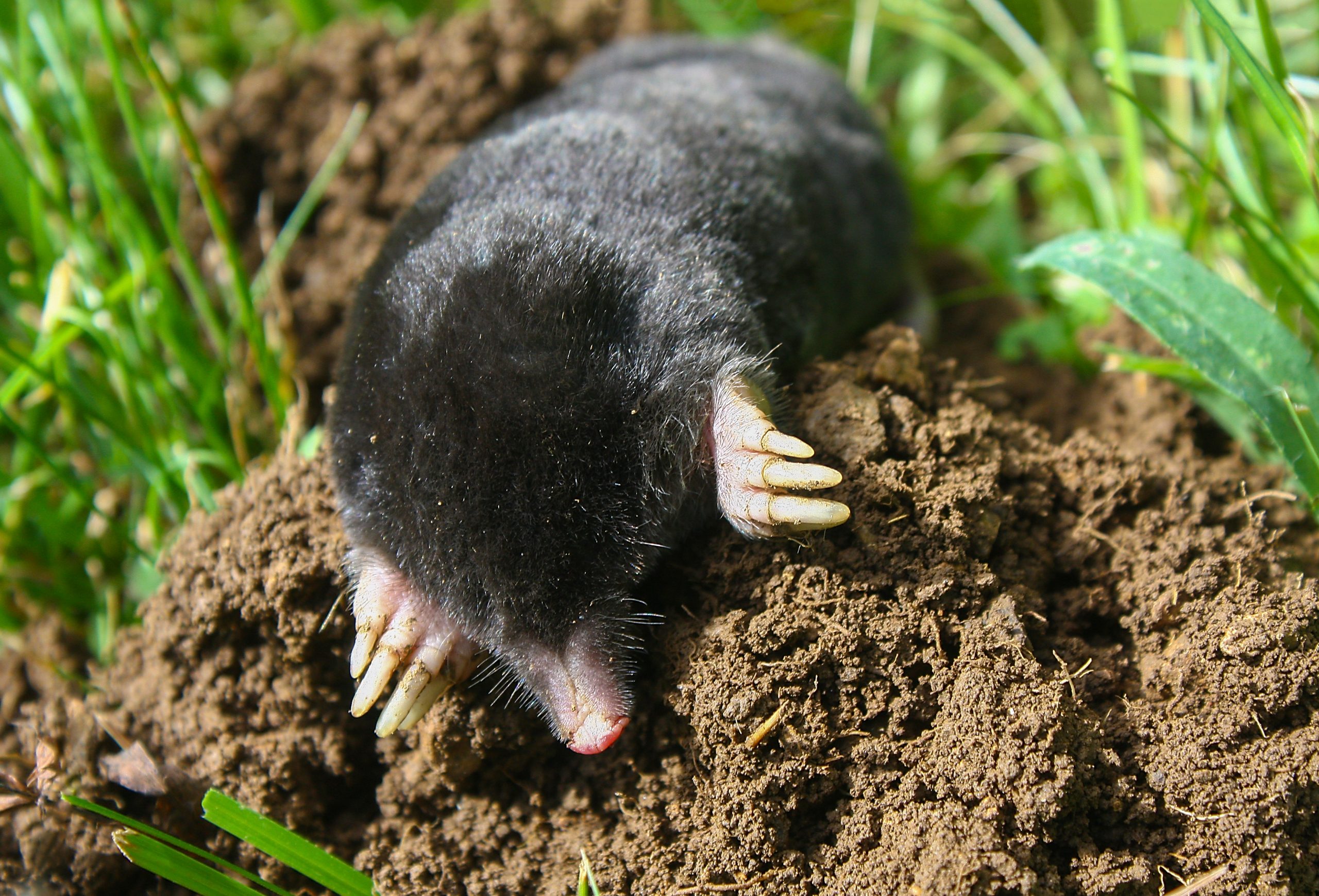 John Fuller, a British politician, is the leader of his local council in South Norfolk District, England. Recently, he posted photos of himself burning wild moles He even wrote the caption, “A great day to be killing moles.” This is extremely cruel and cannot be tolerated! Sign this petition to demand that Councillor Fuller be charged with committing the crime of animal cruelty! He must also be stripped of his leadership in the South Norfolk District Council! 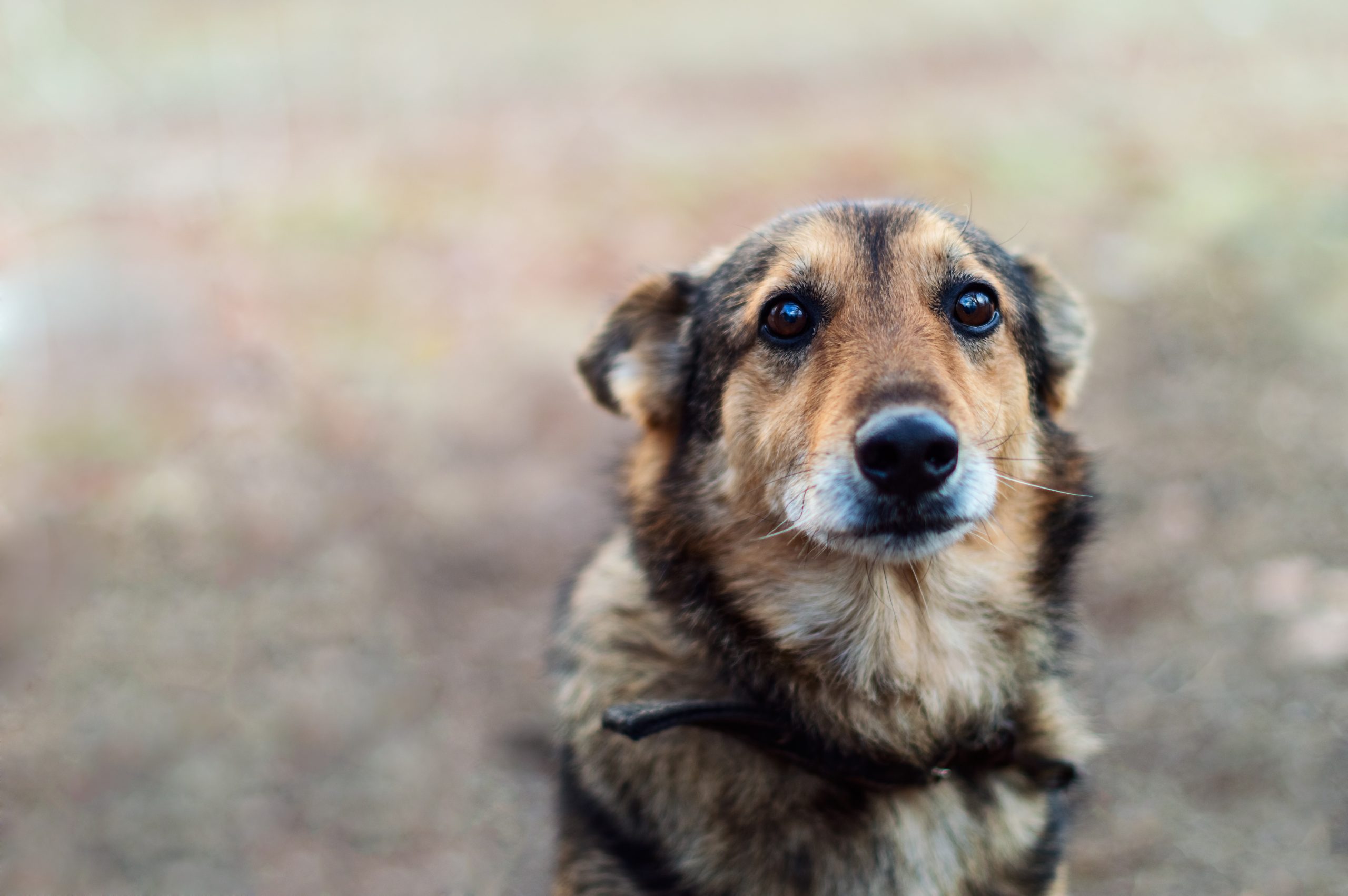 Recently, lawmakers in Ohio introduced a pair of bills to protect animals and people, since there is a correlation between animal abuse and domestic abuse. The first is Senate Bill 205, which would mean that animal abuse could be considered a third-degree felony rather than just a misdemeanor. The second bill is House Bill 33, which would make people, like veterinarians, social workers, and animal control workers, mandatory reporters of animal abuse. It’s time to make sure that pets are treated like the precious family members and living creatures they are, and strengthen animal protection laws! Sign this petition to show support for both of these bills!

5. Demand that Australia Protect All Three Species of Greater Glider from Extinction

Up until 2020, wildlife experts thought the greater glider was just one species. However, they recently discovered that the greater glider is actually three different species! Sadly, this sweet animal was already listed as vulnerable, and now, divided into three, they are much more vulnerable than previously thought. Plus, just like so many other animals, their populations and habitats were devastated during the country’s unprecedented 2019-2020 bushfires. Thus, we don’t really know exactly how endangered the different species of greater gliders are. Sign this petition demanding that the Department of Biodiversity, Conservation and Attractions implement protections, immediate and strong, to keep each species of greater glider safe and thriving!

Childhood trauma has a huge influence on how children develop and cause significant health problems in adulthood. We need to invest in children and their futures by decreasing incarceration rates, raising the minimum wage, and providing widely available and free substance abuse treatment. Childhood trauma can be measured using a list of 10 “Adverse Childhood Experiences”(ACEs). One of the 10 things is having a parent or family member go to jail or prison, another is having a parent who suffers from Substance Use Disorder, and another is not having their basic physical needs met due to poverty. Sign this petition to show your support for three changes: decarceration, increasing the minimum wage, and providing free substance abuse treatment.

Recently, animal welfare organization Lady Freethinker found 2,053 videos depicting animal abuse, torture, neglect, or endangerment for entertainment. Kittens and puppies intentionally placed in dangerous situations and “rescued” before being harmed; monkeys locked in cages or wrapped in chains; dogs forced to fight each other to the death, or viciously hunt and rip other animals to shreds. These videos have garnered around 1.2 billion views, which means they are worth up to $12 million in advertising revenue for YouTube. The creators themselves also made money (up to $15 million )off this abuse. YouTube and CEO Susan Wojcicki, the world is watching, and there is still time to make this right. Sign this petition to demand that YouTube remove every single video listed in the investigation by Lady Freethinker. Then, use the money that they earned from animal cruelty to develop systems that quickly and accurately identify these cruel videos, remove them, and flag the users for investigation!

Recently, footage from a family-owned farm outside of London showed a gruesome fox hunt with hounds, which is considered illegal under the Hunting Act of 2004. Sadly, hunters have found loopholes in this act that they often use to harm innocent foxes. In the footage, a terrified fox darts out in front of a man mounted on a horse and cross onto the private farm. He waves to his friends to follow and though the fox tries to hide behind a dumpster, he is caught. In the next frame, at least 20 dogs are huddled with their heads together, ripping the fox limb from limb. Hunters excitedly run towards them, shouting at each other and bouncing up and down as they sprint. One hunter is seen callously ripping the fox up into the air, away from the dogs he trained to do this. The poor farmers had to clean up the organs scattered around the farm on their own. This is not the first time that hunters in this group were caught turning a “drag hunt” into an illegal fox hunt. Sign this petition demanding that every single member of this hunting group is charged with animal cruelty, and that Parliament strengthen the hunting laws already in place!

9. Temporarily Loosen Intellectual Property Laws so All Countries Can Help Save Their People During COVID

Millions have been sickened and died from COVID-19 all around the world and we are still months if not years away from widespread vaccine distribution. However, many of the people who are dying unnecessarily are actually passing away due to rigidity in global intellectual property laws (IP laws). In response, countries including India and South Africa are asking the UN to call for a temporary waiver in certain intellectual property laws so everyone can receive medical supplies. Unfortunately,  Brazil, the European Union, Canada, the US, and Japan are against this for purely financial reasons. Companies in these countries have refused to release information and help other countries with diagnostic tests and medical supplies. They are even guarding and charging huge prices for the vaccine. Profit cannot be prioritized over people’s lives! Everyone needs to have access to medical care and the vaccine regardless of where they live or their financial status. Opting to temporarily allow for more flexibility in IP laws would save so many lives. That’s why human rights groups like Amnesty International and Human Rights Watch are strongly urging all countries to allow for this waiver. Sign this petition if you think wealthier countries need to allow for more flexibility in IP laws temporarily so we can get the entire world back on its feet!

Earth Balance is a dairy-free butter that many people use to avoid causing needless harm to cows and other animals. Sadly, this choice is not entirely cruelty-free. Earth Balance uses palm oil, which causes harm to workers, the environment, and animals. In order to make room for the plantations, farmers set fire to huge forests that are home to many animals, such as orangutans. Not only does this release carbon into the environment, but it also puts orangutans and other animals at risk of poaching and wildlife trafficking. Because these forests are often burnt, there has been a huge increase in the number of horrifically burnt orangutans needing immediate life-saving care. Palm oil is found in somewhere around 50% of western products. We need to put pressure on companies to stop using it! Earth Balance says they use ethically sourced palm oil, but that’s actually not something that exists. Sign this petition to tell Earth Balance to stop using palm oil now!