Protect Elephant Habitats, Ban Killings of Street Dogs and Cats, and Tell Amazon to Improve Working Conditions: 10 Petitions to Sign this Week to Help People, Animals and the Planet! 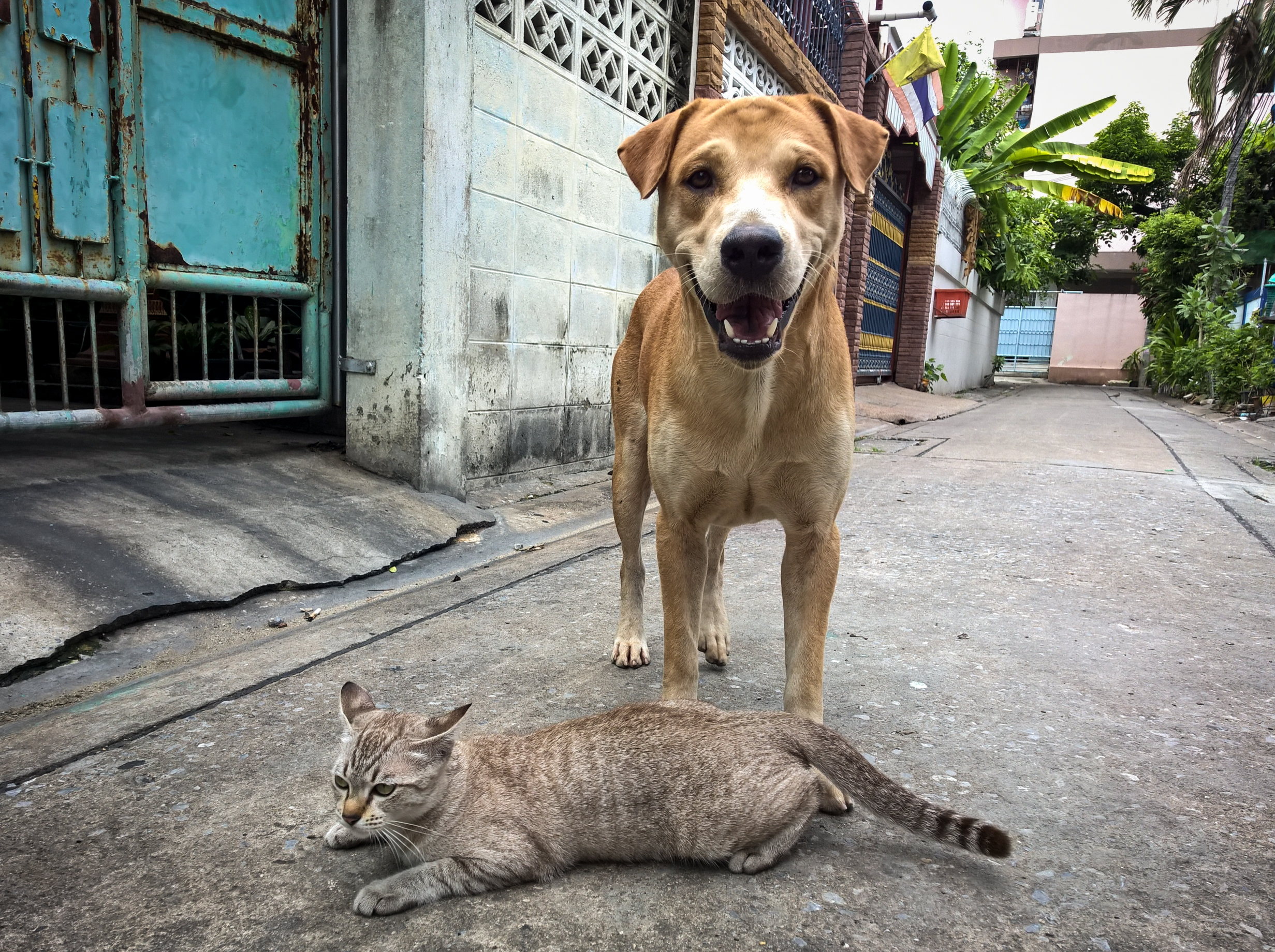 Through petitions, we can reach those in power and demand justice for others. They are valuable tools for making positive changes in the world. If you are looking for a way to help animals and humans, here are 10 petitions you should sign this week, including Protect Elephants and Their Habitats, Ban Inhumane Killings of Street Dogs and Cats, and Tell Amazon to Improve Working Conditions

1. Tell Sri Lankan Officials to Protect Elephants and Their Habitats

Human encroachment on elephants’ natural wild habitats has caused them to wander into Sri Lankan landfills, looking for food. This sad occurrence has gotten much worse during COVID and is having detrimental effects on the elephants’ health. The elephants end up consuming large amounts of plastic, which can tangle up and around the elephants’ intestines. Plastic has even joined poaching and human construction as one of the top threats to elephants’ survival. People have put up fences and other barriers to keep the elephants out, but the only real way to solve this situation is by stopping habitat destruction and rampant deforestation! Sign this petition to urge Sri Lankan officials to enforce strong regulations to protect elephants’ lives and habitats!

The U.S. is the only industrialized nation that does not offer working mothers paid time off to care for a new child. This means that working families get less time with their children and struggle financially as a result of starting a family. New mothers and fathers often miss out on crucial bonding time with their baby. Fortunately, there are people working to remedy this issue. The FAMILY Act would set up a national system to provide workers with up to 12 weeks of partial income through a family and medical leave insurance fund. Sign this petition to call on your Congressional representative to co-sponsor the FAMILY Act today!

4. Find Men Who Have Been Training Their Dogs to Attack Defenseless Farm Animals 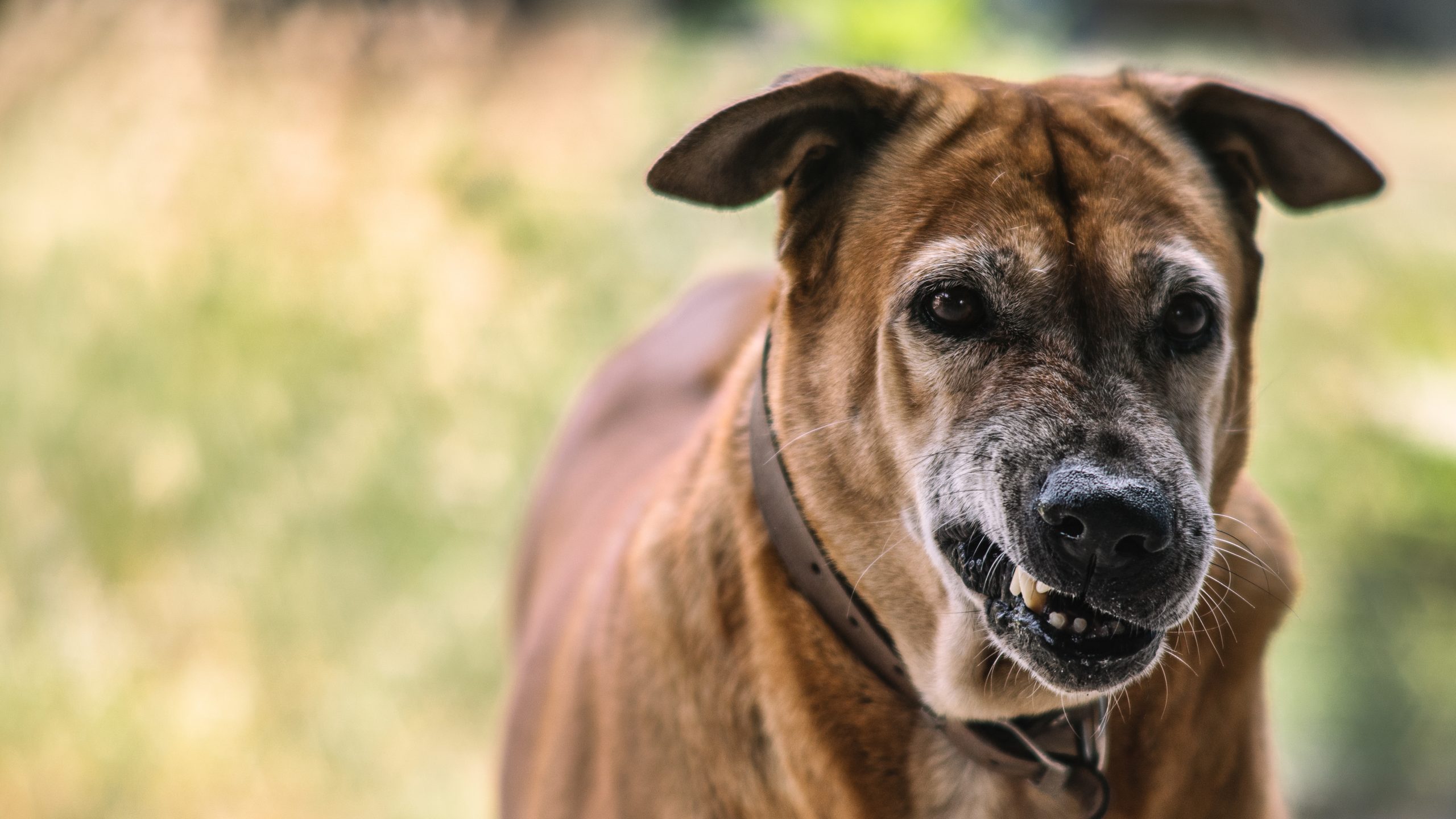 Recently, an unknown number of men in Spain have taken to training their dogs, most likely through violent and abusive methods, to attack an innocent pig, a helpless cow, and who knows how many other animals. The perpetrators proudly published videos of them telling their dogs to attack a tied up pig and cow that were unable to escape. The videos are absolutely abhorrent, however, they helped authorities narrow down the location of these men to Galicia using their dialect.  Sign this petition to ask the Spanish authorities in the Galicia region of Spain to find and stop these merciless culprits, and rescue their dogs who will need intense rehabilitation. 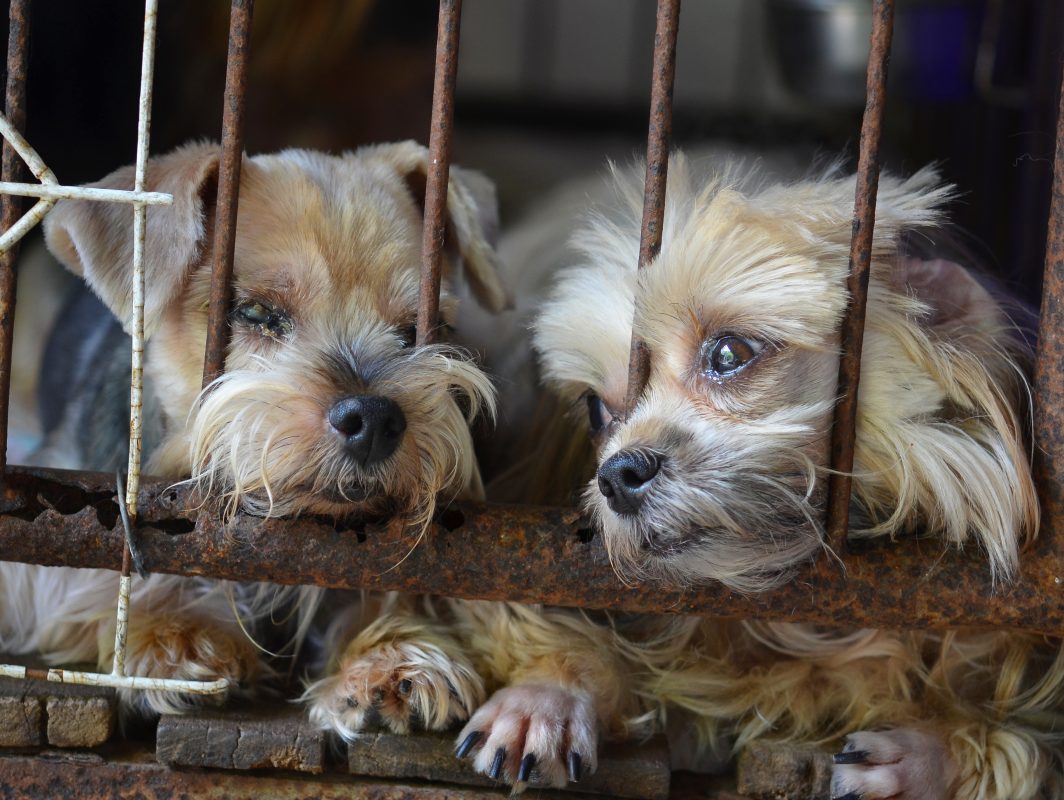 The pandemic caused a huge increase in people getting pets. While this seems positive, a lot of people have been buying their pets from breeders, rather than adopting them from shelters. Because of the unsanitary and inhumane conditions as well as treatment at breeding facilities, many animals from breeders already were born with a multitude of health issues. The increase in demand has made these problems even more prevalent. There have been many reports of puppies dying just days after unknowing buyers bring them home. Let’s put this cruel, negligent industry out of business, and save the lives of animals who are already looking for homes. Sign this pledge today that you will adopt, not shop!

The Gaza Strip is home to approximately two million people, who are tightly packed in dense quarters. Despite its huge population, the territory has only 100 ventilators in the entire Gaza Strip. With the pandemic still spreading at high rates, the people in this region need more assistance! They can’t deal with this on their own and if other countries don’t step in to help, so many people, whose deaths could have been prevented with proper resources, will die. Sign this petition to tell the United States, Great Britain, and the United Nations to immediately send ventilators, effective treatments, and other necessary medical equipment to hospitals in the Gaza Strip! 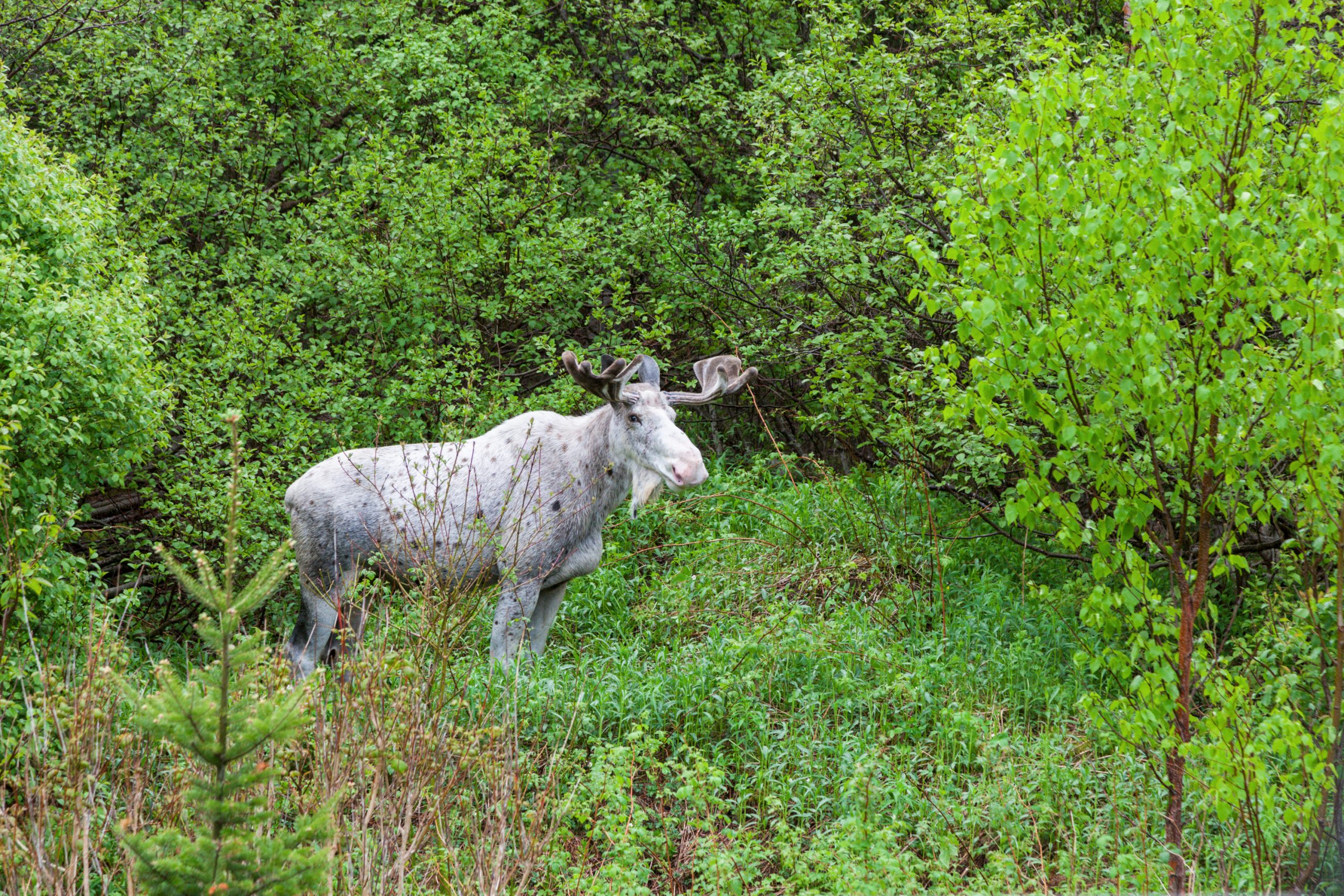 Recently, merciless hunters illegally killed a white moose that is scared to the members of the Flying Post First Nation in northern Ontario. The poachers blatantly ignored the signs warning against the hunting of the protected creatures and then dumped her body on the side of a road. Right now, with the support of the local community, the Ontario Ministry of Natural Resources and Forestry is investigating the killing. If we are going to ensure the poachers are held accountable, we must do everything we can to keep this crime in the news and first and foremost in the minds of local authorities. Sign this petition to demand that the killers of the sacred white spirit moose be found!

8. Ban Inhumane Killings of Street Dogs and Cats Around the World 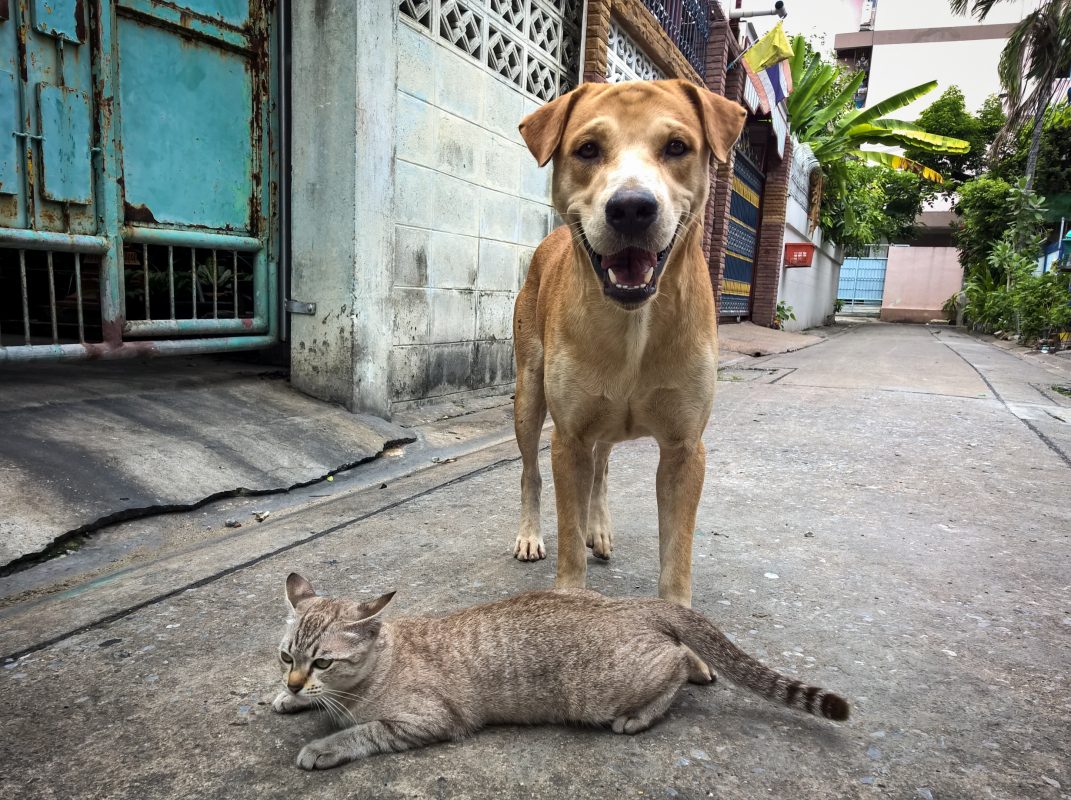 Around the world, misguided officials often authorize mass shootings, poisonings, and other inhumane methods of killing street animals. However, there are so many other humane ways to deal with stray animals rather than murdering them. Trap, neuter, vaccinate, and release programs are the most effective and compassionate way of getting street animal populations under control. Since 2007, SPCA International has been providing cash grants and shipments of veterinary supplies to help shelter and rescue groups implement these programs. Sign this petition today to ban the killing of street dogs and cats in communities across the globe and ask them to take part in TNR programs instead.

While small businesses around the country have gone out of business, and millions of Americans are still unemployed, one major corporation is doing quite well: Amazon. CEO Jeff Bezos was already the richest man in the world and now, during the pandemic, his personal income has grown from $73 billion to peaking over $200 billion. Despite the huge boom in Amazon’s business, Amazon workers are really struggling. Amazon’s employees only received a temporary $2/hour wage increase earlier this year (which was then quickly removed) and have gotten COVID due to inadequate protections. Sign this petition to tell Amazon CEO Jeff Bezos to meet worker demands for increased safety, pay, and allow unionization.

Recently, scientists discovered a new species of monkey, called Popa langur. Evidence suggests that they once lived all over Myanmar; however, their population had already plummeted to only 200-260 remaining members. The greatest threats to their population all go back to humans: hunting, clear-cutting of forests, logging for timber and fuel, agricultural fields for livestock, and worsening climate change. The International Union for Conservation of Nature (IUCN) and the Convention on International Trade in Endangered Species (CITES) need to take action to help save this species from extinction. Sign this petition to urge CITES and the IUCN to list the Popa langur as a threatened species and immediately begin to enforce protections for these endangered primates!