Petition: Shut Down Abusive Zoo in Cambodia that Forces Monkeys to Box! 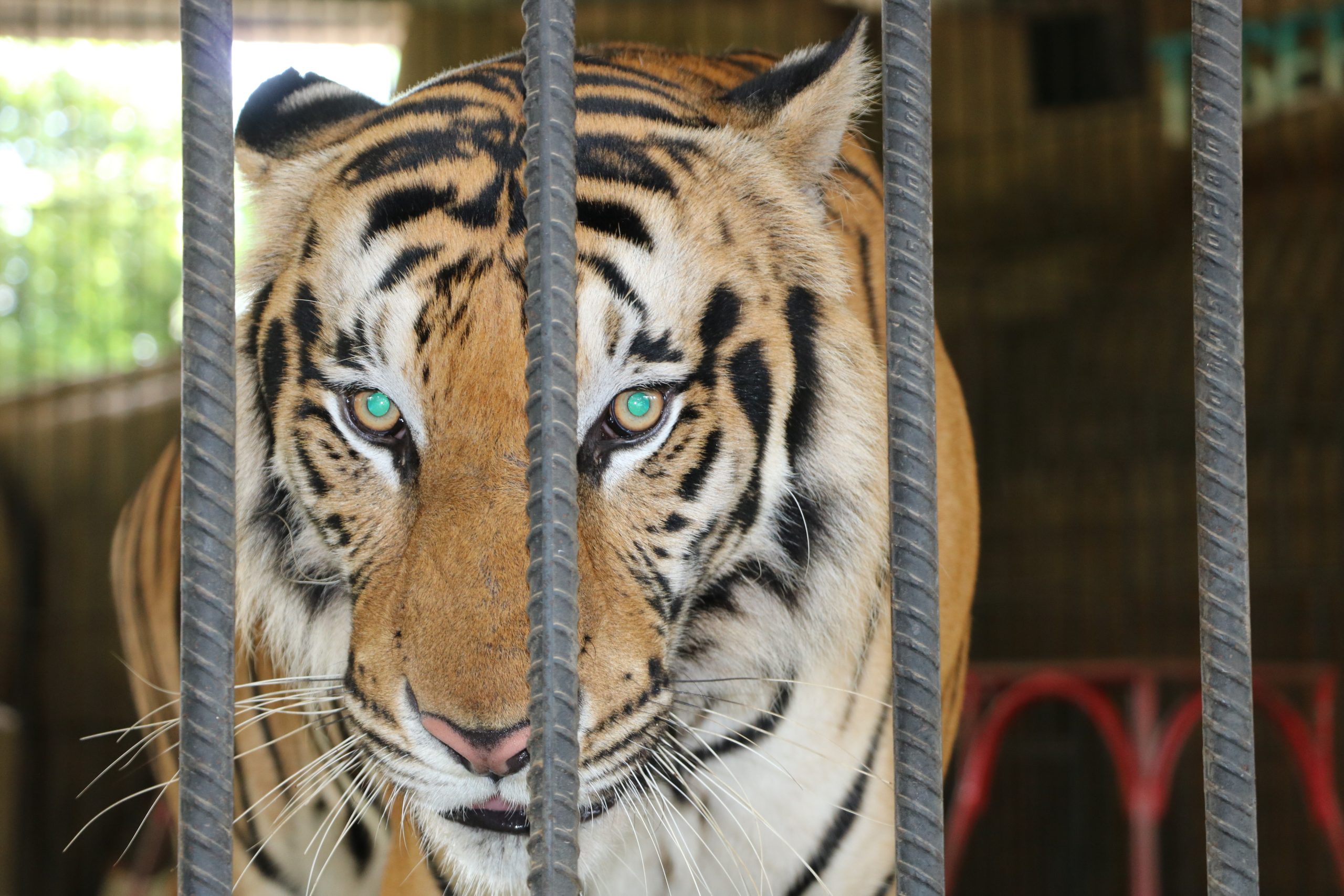 Animals should be in the wild with their families, not in zoos where they are kept in small enclosures surrounded by loud people throughout the day. They don’t get to engage in the natural behaviors that they would in the wild and many animals suffer as a result. They experience “zoochosis,” which is characterized by repetitive behaviors that are harmful to others and themselves. This includes pacing, swaying, over-grooming, and self-mutilation.

While the degree of cruelty varies in zoos, they all are responsible for the harmful exploitation of animals. One zoo in Phnom Penh, the capital city of Cambodia has recently caused public outrage over its cruel and exploitative treatment of its animals. The staff has been seen pulling crocodiles by their tails; kicking, hitting, and climbing on them; and wrenching open as well as taping shut their mouths. They also put the animals in costumes for photo ops and shows where they are punished and coerced into performing tricks. Tigers are forced to jump through flaming hoops and stand on their back legs; elephants are forced to carry guests while being threatened and stabbed with bullhooks; and orangutans are forced to ride bicycles, hula hoop, and box each other in a ring.

This zoo takes the inherent cruelty of zoos to another level. Sign this petition to demand that the Cambodian authorities shut down this abusive zoo now!