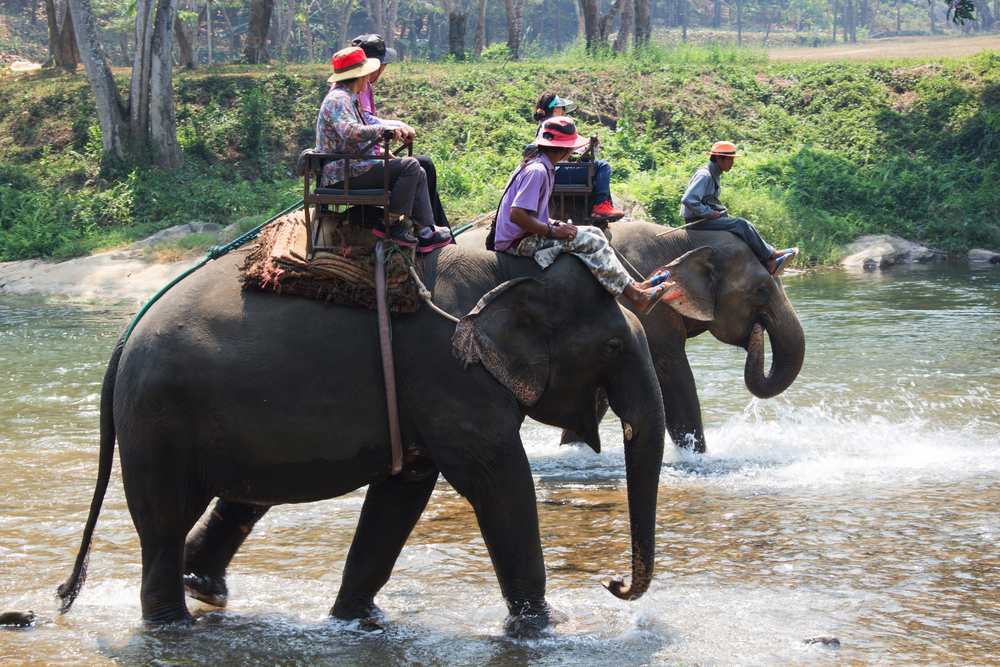 The Amazing Race is a very popular, Emmy Award-winning reality television series. It’s a travel competition show in which teams arrive at different destinations and complete sets of challenges. The first team to arrive at the final destination wins $1 million. It’s a very interesting premise and since it involves so much travel, people who watch the show become interested in visiting the same places or participating in the same activities as the contestants. However, a few months ago in April, an episode aired that promotes a cruel activity: elephant riding.

People might watch the episode and want to also ride an elephant, but the truth behind such activities is dark and cruel. In the wild, elephants do not normally just allow a person to climb on their back and give them a ride. When taken from the wild or bred in captivity, the elephants are put through a barbaric tradition known as phajaan, which literally means to break their spirit. That process and the constant threat of a bull hook are what make the elephants do as the humans want.

Elephants in these situations are not only kept in captivity, which alone is terrible for a wild animal, but it’s not uncommon at all for them to be mistreated and over worked. Just recently, an 18-year-old elephant collapsed and died after being overworked. Yet, The Amazing Race not only had their contestants participate, but promoted it on their TV show.

In the wild, elephants are loyal animals with strong family bonds who roam many miles in a day. They put mud all over their bodies to protect themselves from the sun and do more natural behaviors that they are forbidden from in captivity. That’s why shows like The Amazing Race should know better than to promote such tourist activities.

When you travel, do not participate in activities that exploit animals this way and inform everyone you know so that they also avoid such attractions. And sign this petition demanding that CBS, the network on which this show airs apologize and air a segment informing viewers about the truth behind elephant riding.