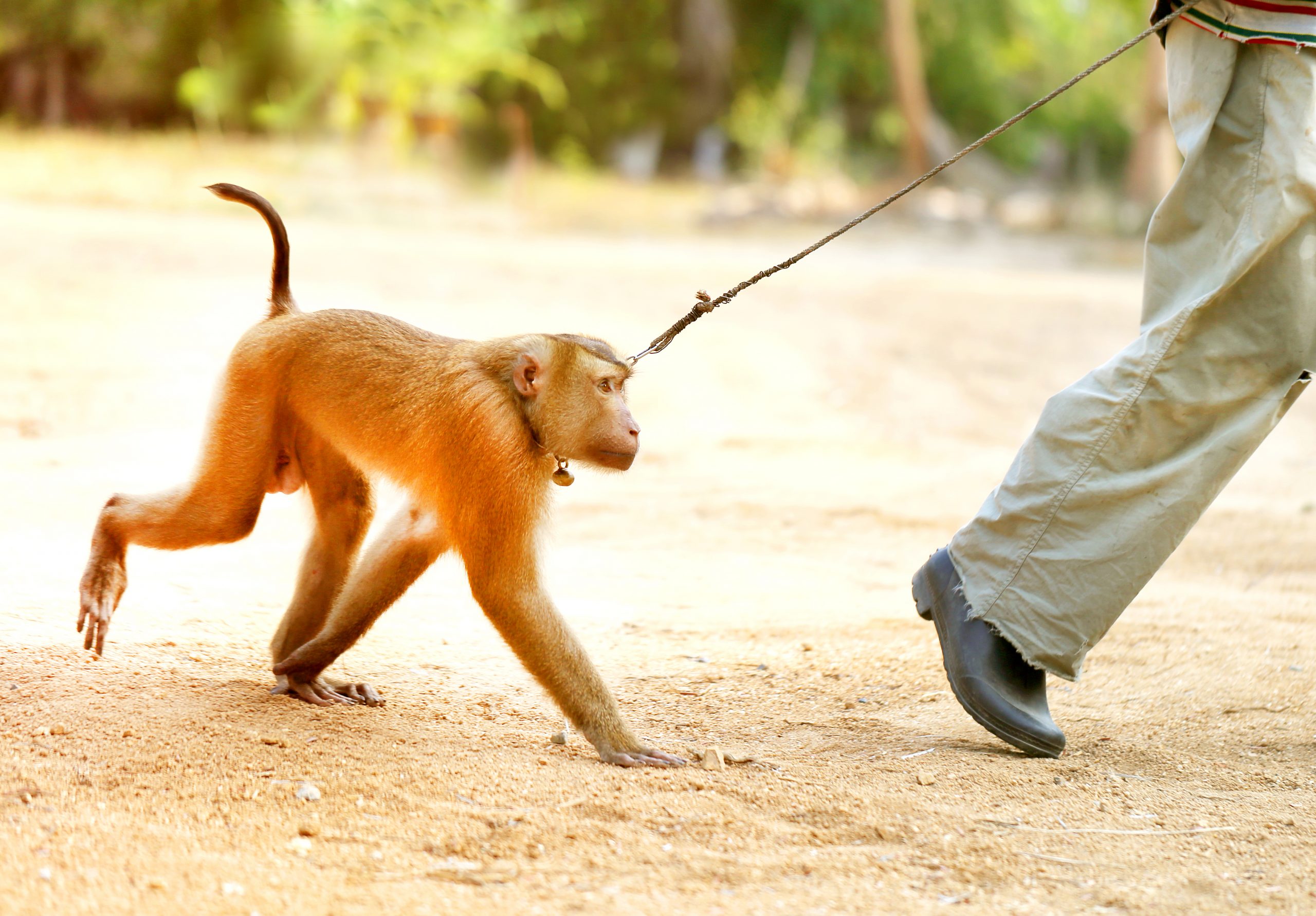 Monkeys are highly intelligent, emotionally developed, and social creatures. While having a pet with these traits may seem fun, keeping primates as pets causes them severe emotional and psychological distress. Due to primates’ need for social interaction with their own species as well as a large amount of space to move around in, domestic settings can almost never meet a primate’s basic needs. This leads primates to become depressed and agitated.

There are tens of thousands of primates kept as pets around the world, and in the UK alone, there are around 5,000. Fortunately, the English government is trying to ban the practice of keeping primates as pets. Only people with specific primate-keeper licenses would be allowed to have primates under the proposed ban. In December of 2020, they launched proposals for the public to respond to and give their opinions on.

The Animal Welfare Minister, Lord Goldsmith, has emphasized that “Primates are hugely intelligent and socially complex animals. When they are confined in tiny cages, often alone and with little stimulation, their lives are a misery.”

Dr. Alison Cronin, the Director of a primate rescue center called Monkey World, has said “Current laws are not protecting the monkeys from abuse or neglect, as they arrive at the park malnourished, with rickets, mobility problems and psychologically damaged as a result of living in solitary confinement, inside people’s houses.”

We have to make sure this ban is put into action! Monkeys need to be protected so that they aren’t subject to miserable lives in captivity. Sign this petition to tell the British legislature that they must ban primate pet ownership now!