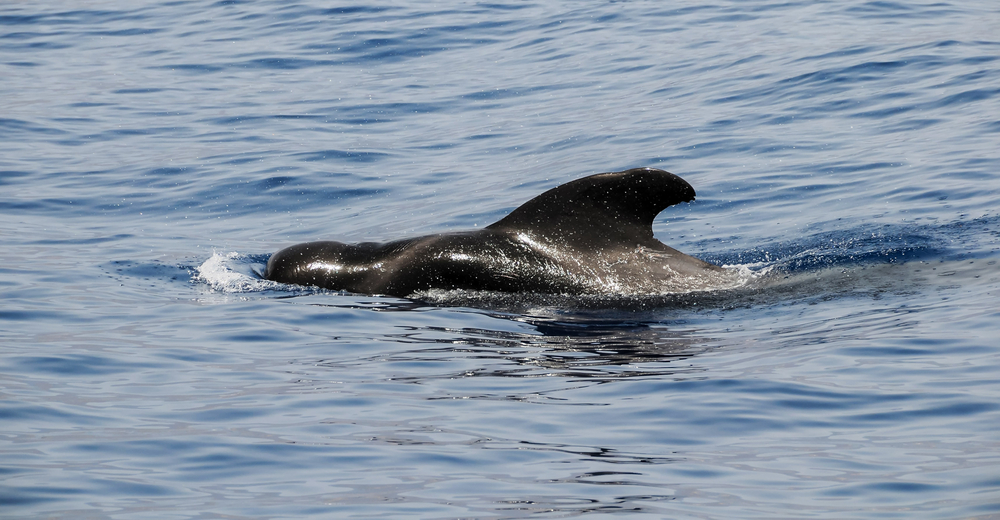 Ghost fishing gear kills hundreds of marine animals a year. About 650,000 tons of ghost fishing gear is dumped in the ocean every year by fishing boats, and one piece of this gear can kill up to 30 to 40 marine animals. In fact, around 100,000 whales, sea lions, and other marine animals are killed by ghost fishing each year. A whale who recently beached on the shore in Trinidad is believed to have been caught in fishing net. There were marks on her body and residents believe the whale was caught in a net and slammed against the rocks.

Fortunately, residents who spotted the beached whale did not leave its side, providing comfort and making sure the whale was returned to the ocean. Eric Lewis, curator of the Moruga museum says he was contacted by residents seeking help on La Lune beach. They spent hours comforting the whale and using water from the ocean to continue wetting the whale.

Lewis says: “And with a lot of help we were able to turn around the whale and return it to deep water. During that time in the van we were wetting the whale with water from the sea. We also had police escort so we would get it done quickly. This is not the first time a whale had beached in Moruga.” However, he believes the murky waters may also be what affected the whale and caused her to beach.

Fortunately, the 300-pound pilot whale was returned tot he water and released thanks to the kindness and compassion of the people who worked together and helped! Photos of the whale being helped by kind residents can be seen on Trinidad Express.

To speak up against the ghost fishing that is killing marine life, sign this petition calling for regulations on ghost fishing gear!