Keeping Our Friends Off the Dinner Table: What is Being Done to End the Cat and Dog Meat Trade 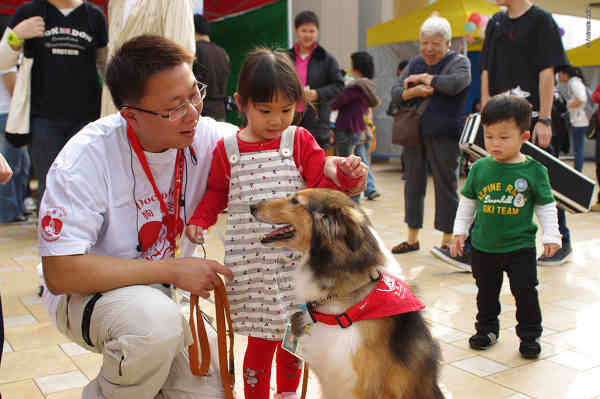 In the debate about veg vs. omnivorous diets, cats and dogs are generally considered companion animals who won’t be eaten by anyone. However, in parts of Asia there are many who consume cats and dogs as food—because tradition dictates that they are acceptable as part of the human diet. This terrible trade sees millions of dogs and cats, many of them stolen or abandoned companion animals, enduring horrific cruelty and ultimately a brutal death. 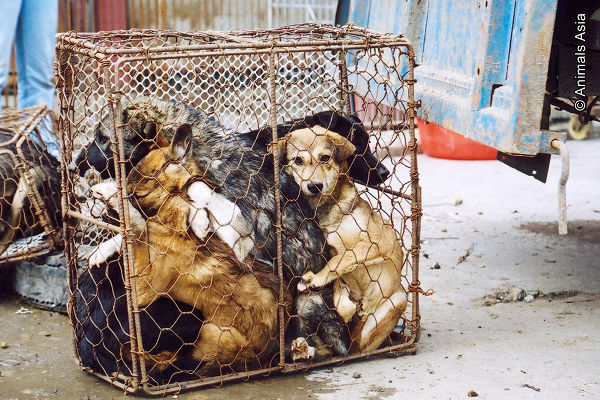 As the cruelty continues, millions of Asian animal lovers want dog-and-cat eating to end. Supported by these concerned citizens, Animals Asia works to end the trade through its Cat and Dog Welfare program which includes our Friends or Food and Animal Therapy campaigns. Many are familiar with the therapeutic effect of spending time with cats and dogs, but there are those who have never experienced first hand the friendship of a companion animal. Through the Animal Therapy campaign our ambassador dogs, known as Dr Dogs, visit therapeutic environments such as hospitals, so that those who have previously thought of dogs as food may experience in person the unconditional love of a canine.

Our Dr Dogs are companion animals living in homes who are brought by their guardians to share their love with those who need it. You can view a slideshow of our Dr Dogs at work here. One of our Dr Dogs, Adonis, was rescued from a truck bound for a dog slaughterhouse during a Humane Society International-led seizure. He immediately captured the attention of his rescuers because despite his traumatic ordeal, he displayed a friendly and docile nature. Adonis found a permanent home with Rhea Oropilla, a preschool teacher and Philippine Animal Welfare Society (PAWS) volunteer, soon becoming a certified therapy dog and joining Animals Asia’s/PAWS’ Dr. Dog program in the Philippines. 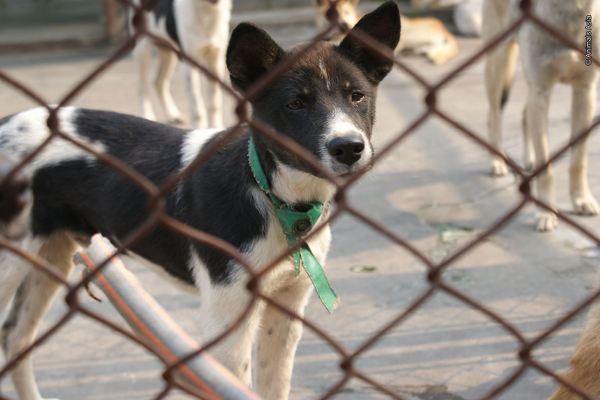 In total, over 300 “Canine Consultants,” registered as official Animals Asia animal therapy dogs and many enthusiastic volunteers make regular visits to hospitals, disabled centers, homes for the young and elderly, orphanages and schools in six countries across Asia.

Our Dr Dogs also make appearances as Professor Paws in Chinese schools. Many children in China have never had the chance to touch a dog—and some are afraid to having been told by authority figures such as parents that dogs are dirty or carry diseases. Our Professor Paws campaign’s first event in Mainland China was held in Guangzhou, where dog and cat eating is concentrated. Children were taught how to approach, look after and love dogs. At the end of the afternoon, the children took an oath to love and respect animals for the rest of their lives. In this way Animals Asia is peacefully introducing dogs as friends instead of food to a community who sees them much in the same way that many omnivores perceive cattle or chickens—as unfeeling food sources who are dirty and carriers of disease. 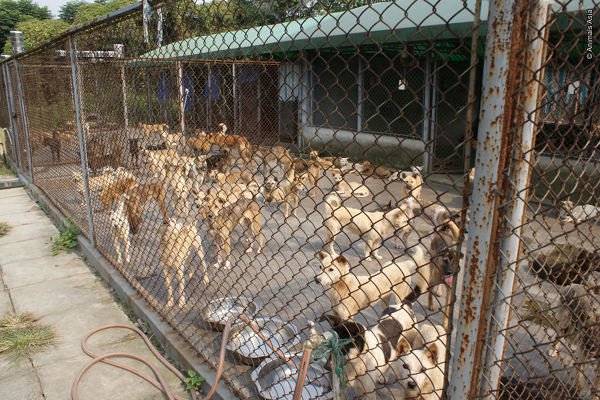 There has been much progress in Asia lately by Chinese activists opposed to cat-and-dog eating. In September of 2011 a 600-year-old local custom in China: the slaughter of thousands of dogs for an autumn festival was canceled by officials following an online campaign by animal rights advocates. Recently, the Food and Drug Administration closed down more than ten restaurants in Guangzhou that served dog meat. In October a truckload of 800 dogs meant to be sold as food in Guanxi was intercepted and rescued by Chinese activists. Nearly half of the dogs rescued were brought to the Qi Ming animal shelter where Animals Asia has been offering veterinary and financial support. In December a truckload of 385 cats was also intercepted by activists, near Guangzhou. And this month another truck of about 800 dogs was intercepted in Chongqing city by the Chongqing Small Animal Protection Center and local volunteers.

Sadly, as long as cats and dogs continue to be consumed, the rescued animals will only be replaced by the traders with more stolen ones. Because these cats and dogs are kept in such atrocious conditions while being transported, packed in cages and denied water or food for days, many die before they have the opportunity to be saved. Most are stolen companion animals who will not live to see their guardians again. However, some do survive, and are even reunited with the families from which they were taken. Animals Asia continues to introduce dogs as companions and not food in order to end the cycle of brutality, and offers support to groups that work to rescue these cats and dogs from the horrendous meat trade.