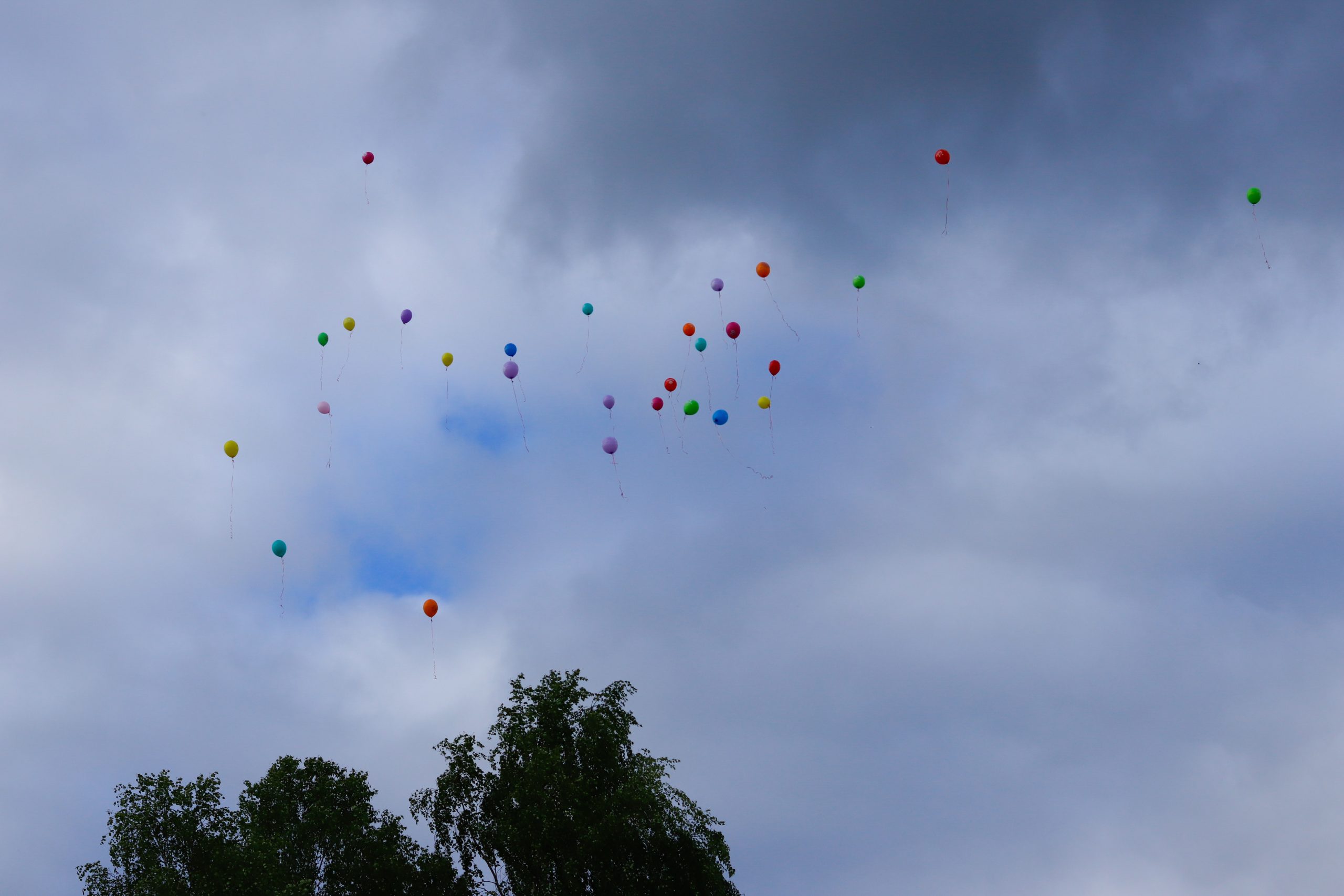 A multitude of ascending colorful balloons against the backdrop of a bright blue sky may be a brilliant sight to behold, but, as the saying goes, “what goes up must come down” – and when balloons do, the consequences are deadly for wildlife.

Although there is generally good intent behind the practice of releasing balloons such as memorializing an event, showing remembrance for a person, or to symbolically “let something go,” people fail to realize (or perhaps choose to ignore) that once released, balloons become nothing more than floating litter.

So why are balloons so bad for our planet? When they finally descend and land, 70 percent of the time they end up in one of the world’s oceans. Not only do they become obvious environmental eyesores when washed ashore, but they also needlessly kill numerous animals. Here’s how:

Animals both on land and in the oceans frequently misidentify deflated balloons as sources of food.

Sea turtles are especially vulnerable. Jellyfish are a common prey item and often the animals consume deflated balloons floating on the water’s surface, thinking they are a suitable food source. This leads to stomach or intestinal blockages and eventual starvation.

Naturally curious animals such as birds and dolphins are attracted to bright colors and shiny objects and also end up mistakenly ingesting balloons.

Accidental consumption isn’t the only danger associated with balloons – the strings or ribbons attached to them are just as harmful.

Birds often get entangled, and, once unable to fly, face certain death. Flippers and fins of sea turtles, seals, and dolphins can also become wrapped in string, causing infections, amputations, and/or death by drowning.

Several options have recently become popular and are advertised as being eco-friendly alternatives to balloon releases, but these too have downsides.

Sky lanterns, or Chinese paper lanterns, are essentially airborne candles wrapped in a paper and bamboo or wireframe. Once released, they can float and land anywhere. Several states have banned their use due to this obvious fire-starting potential – they have been the source of several brush fires in the US, as well as house fires in the UK.

Butterfly releases are another activity to be avoided. Depending on the species, these insects rely on specific plants for food, nectar, and reproduction. If set free in an area where they are not native to (or released during the wrong season) these butterflies will then die. When captive-reared butterflies interact with wild populations, diseases can be spread also.

Try These Earth-Friendly Alternatives Instead

Making the decision to release litter into the environment is clearly not a good choice, regardless of the reason why. Safer options do exist:

Remember that letting a balloon go is the same as throwing garbage onto the roadside – littering is littering. Don’t do it and you’ll be saving wildlife from a slow, unnecessary death!