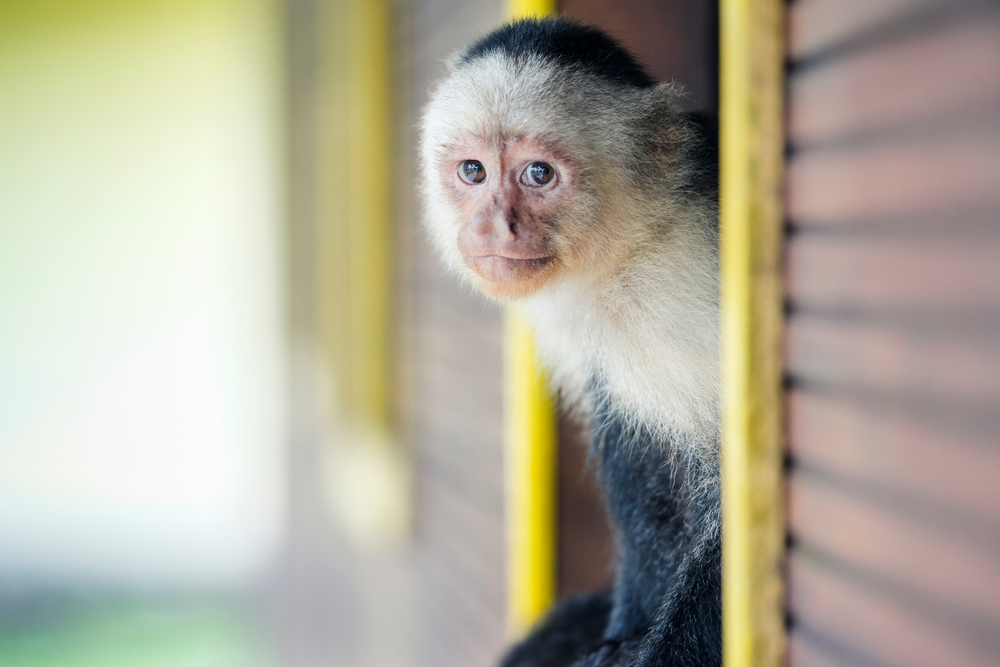 A study published by the University of Edinburgh last year concluded that using primates in Hollywood for entertainment is unethical. It’s something that animal activists have long known, but this study proves it with science. It concluded that the use of these animals for entertainment is harmful to their welfare because audiences are fooled into believing they are happy in captivity. It also explains the “smile” that’s often seen on primates, especially capuchins which many people confuse for happiness, but is really a sign of distress and fear.

Due to this and the fact that wild animals do not belong in captivity, many people reacted strongly to greeting card company, Moonpig’s cards depicting captive primates. The animal rights activists speaking out against the cards said they were dangerous in that they could fuel the wildlife trade.

The wildlife trade affects one-fifth of land vertebrates and is driving many species to extinction. Animals are poached and killed for their body parts. Some wild and exotic animals, such as primates, are sold to be pets. But they do not belong in captivity. Primates require social interaction with their own kind and huge amounts of land to roam in. In captivity, they become physically and psychologically distressed.

Thankfully, Moonpig responded by making the right decision. They announced that they would no longer sell such products, and removed any cards depicting captive primates from their site!

Primatologist Dr. Jane Goodall told The Telegraph: “For years chimpanzees have been abused by the entertainment trade and it is good news that Moonpig have made the decision to stop using them in inappropriate ways on their cards. Let’s hope that this inspires others to follow suit.”

You can speak up for primates in captivity by signing this petition calling for a ban on private monkey sales!