Goats Are the New Brainiacs of the Barnyard 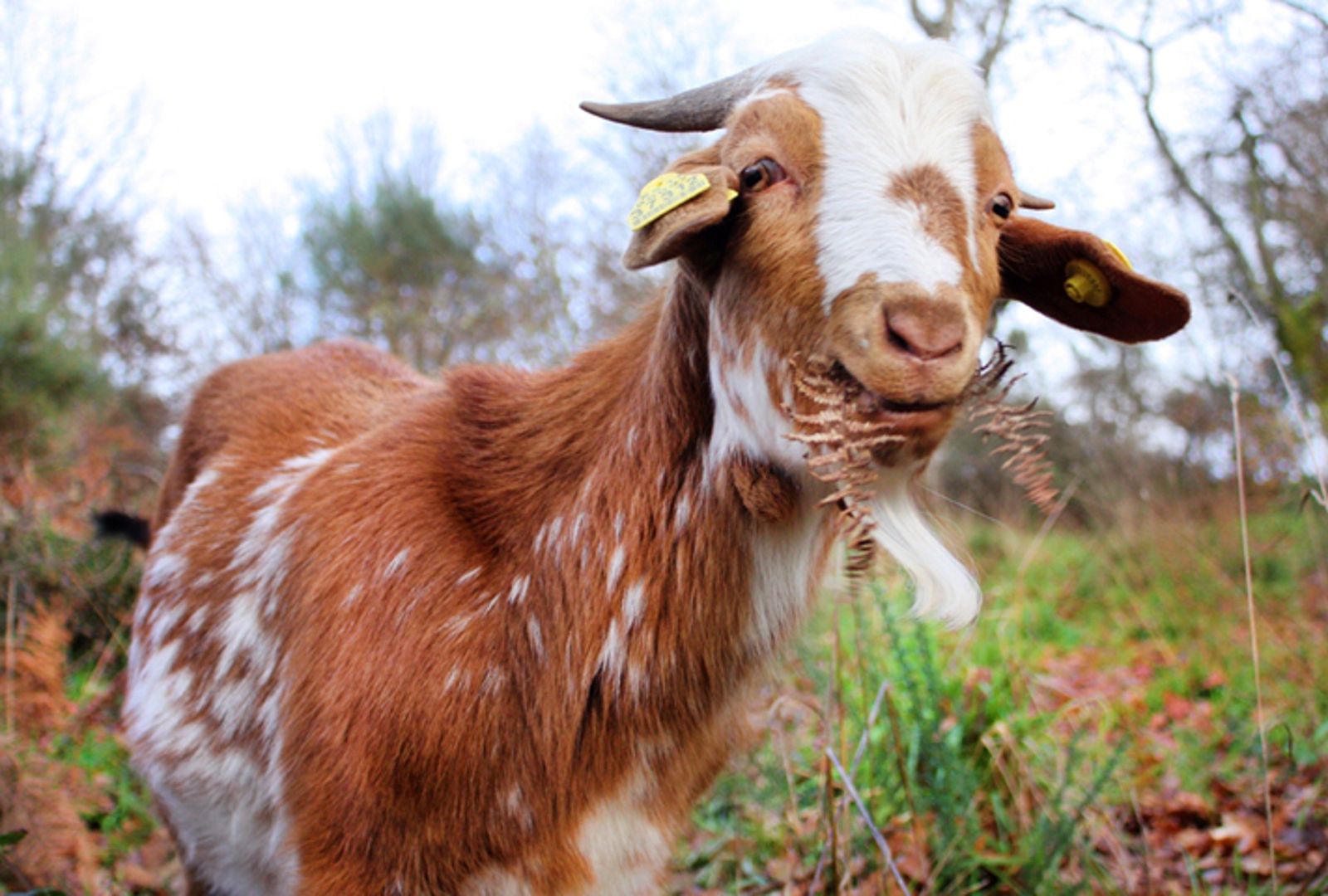 Pigs have long been hailed the cleverest animals on the farm, but new research conducted with a group of 12 happy goats at Buttercups Sanctuary in the U.K. are putting this claim to the test. There is no doubting that pigs are extremely intelligent animals, but for some reason, the rest of their farmyard friends are often labelled as dumb or stupid. Anyone who has spent time with sheep and goats will certainly not be shocked by the findings as it doesn’t take long to see that they’re a whole lot cleverer than people give them credit for.

All animals are intelligent in their own unique ways, but more often than not, society likes to rank animals based on their ability to exhibit human like behaviors. The Queen Mary University of London devised a test which would not only observe the goats’ ability to perform complicated tasks for food rewards, but also to see how good their long term memories were. The results were incredible, and put goats right up there as contenders for being crowned the new brainiacs of the barnyard.

Goats Will Do Anything to Get Their Food 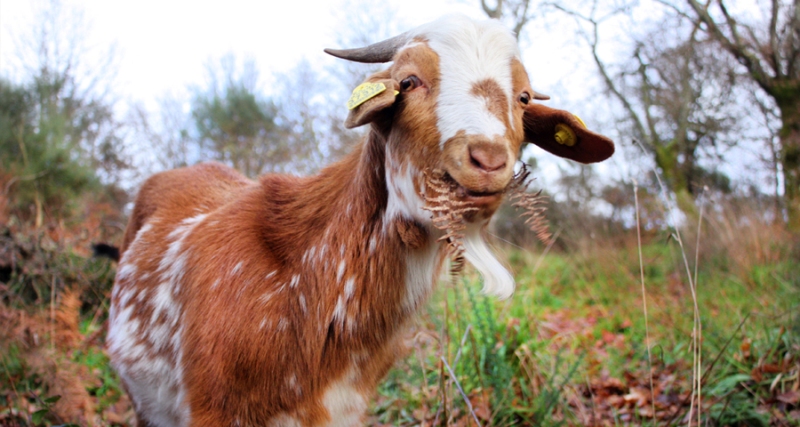 Twelve goats were put to the tests, and each one was shown a specially designed feeding mechanism which required them to complete the complicated task of gripping the handle in their mouths, pulling it back, and then nudging it up in order to release a food treat. To the amazement of the testers, nine of the 12 goats worked out how to get the food incredibly quickly, with an average of just eight attempts, showing how determined and quick witted they are.
Of the three that failed to win their treat, two of them were stopped from participation as they took a much more direct route to the food, trying to butt their way into the food container. These two goats were taken out of the test program to prevent damage to the equipment, playing true to the reputation that goats have for being mischievous and destructive! Only one of the goats actually failed to work out a way to get their food treat, and after 22 attempts was retired from the test. 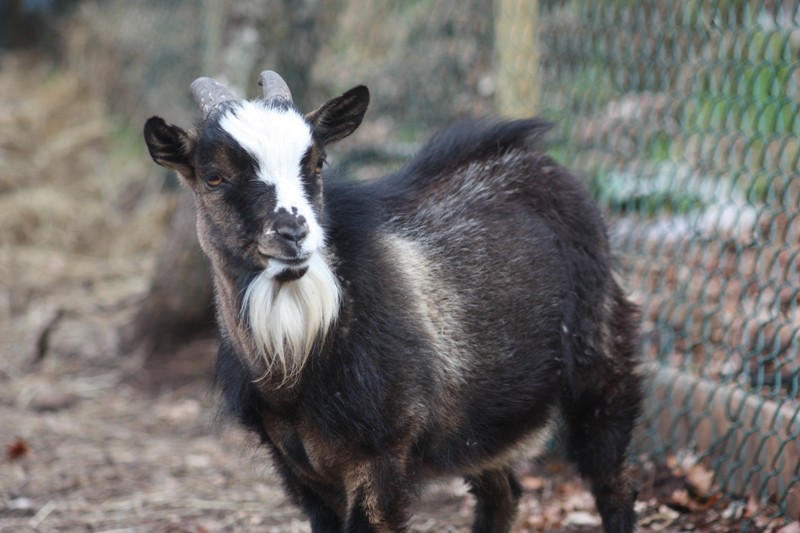 Having performed so well in the original set of tests, the nine goats who were successful in working out how to win their food treats were re-tested again at lengthy intervals. The results once again highlighted just how intelligent these beautiful animals are, as all of them succeeded in getting their food treat on the first attempt, even after 10 months of not seeing the apparatus. One particularly impressive goat managed to do it in just six seconds, which just goes to show the level of thought process which is occurring.

Another part of the study investigated the means by which goats learn. It was expected that being herd animals who group together for security and social interaction, they would learn best from copying what another did. The results were contrary to this, as those who were shown by a ‘demonstrator goat’ before their attempt did not perform any better, and actually succeeded by working it out themselves.

What Can We Learn From This? 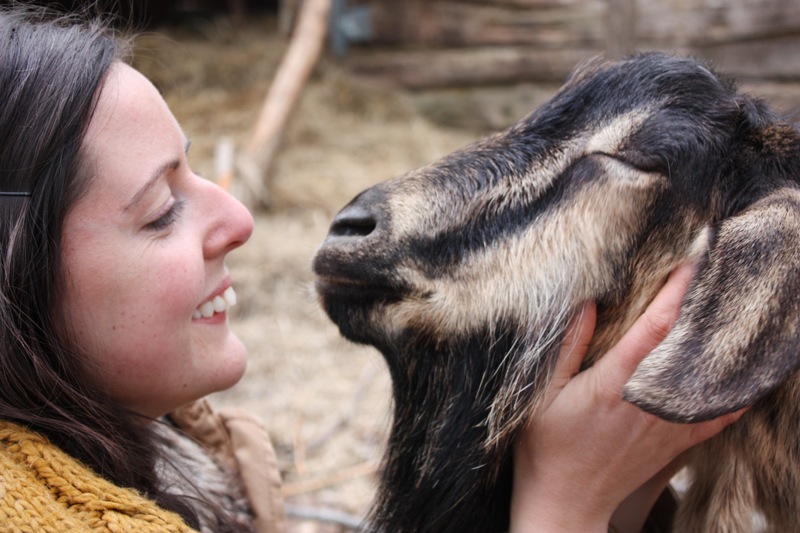 Having spent a number of years living with goats, I’m not at all surprised by the way in which the goats were able to solve complex problems, remember how they did it months later, and that two of them decided not to bother with the problem solving game but decided to try and bust their way in instead! When we learn more about the thought processes and memory capabilities of animals, it should be a reminder that they deserve to be treated with respect, kindness, and love at all times.