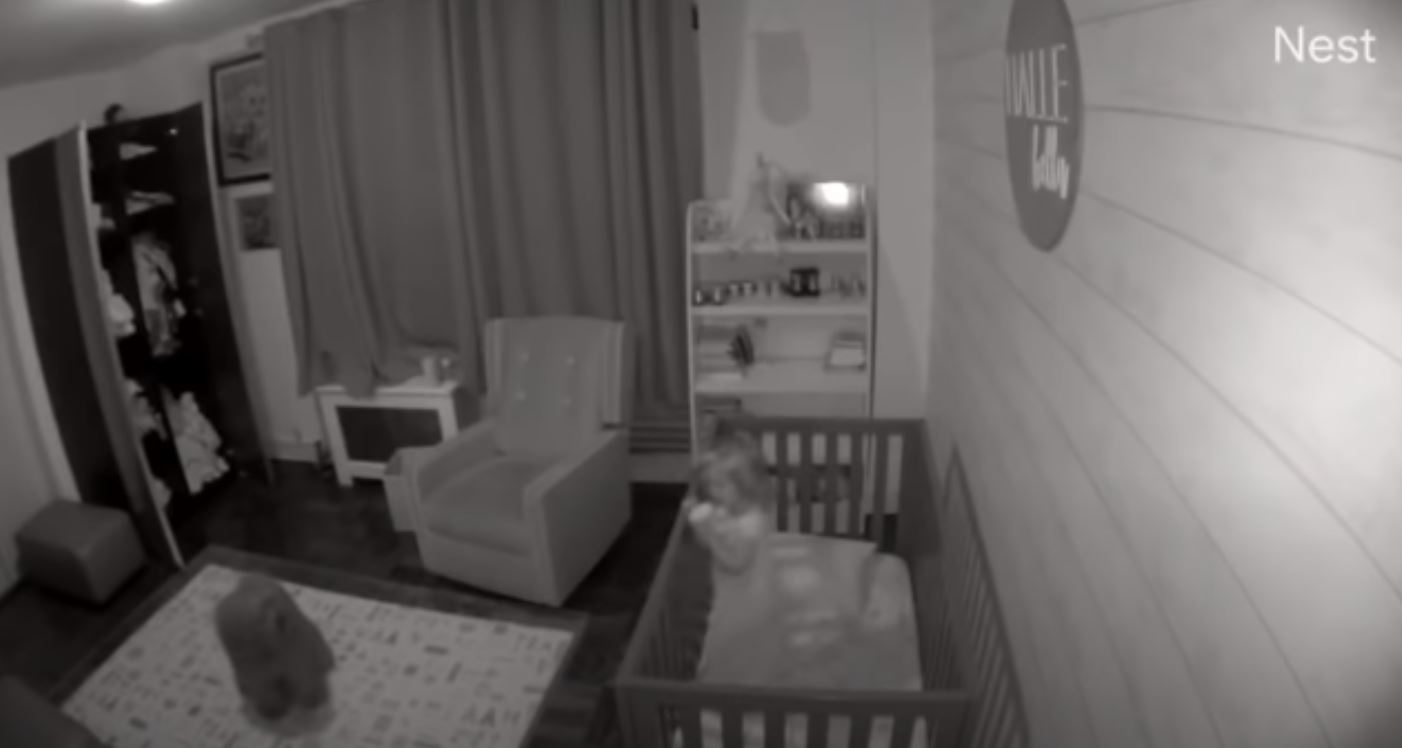 Once upon a sleepless night, a prince showed up at a time just right. But it was not your typical prince who wakes up the storybook princess. This was a very different story, but a true one.

In July 2019, a prince of a dog named Prince came to the rescue of his charge, an almost 2-year-old toddler named Halle. She stood in her crib crying, all alone in her room. Prince heard her cries, and as a best friend always does, he came quickly to her aid, as shown in a video captured by a Google Nest IQ Camera set up by Halle’s parents Sara and Zach Lebwohl.

Prince strolled into the child’s bedroom wagging his Australian Labradoodle tail and gave a shake while Halle watched and instantly stopped crying. She immediately calmed down as her dog rolled around and laid down. Then Halle followed his lead. Prince was just what the little girl needed to help get her back to sleep.

Prior to that night, Prince had always slept in the Lebwohl’s bedroom and was so in tune with his human sister Halle that when she woke up in the middle of the night, according to Animal Channel, he accompanied the Lebwohls to check on her. That prompted them to leave both bedroom doors open to see what would happen. And, the result was just what Sara hoped for, as Prince got up on his own to check on Halle that July night, as any good brother would do. It also helped the Lebwohl’s get some extra shut-eye.

Prince’s love for his human baby sister started before she was even born, according to The Dodo. While Sara was excited to be pregnant with her first child, Prince was in tune with Sara throughout her pregnancy and stuck by her side waiting for the baby to be born.

When the Lebwohls brought Halle home from the hospital they were not sure how Prince would react, but it was love at first sight from the start and a true brother/sister relationship was sparked. They bonded and to this day, with Halle almost 3, they do almost everything together. From tea parties and dress-up to birthdays and long walkies, the two are inseparable.

During COVID-19 and quarantine, Prince and Halle enjoyed their time in the country, according to Sara.

“Prince continues to be Halle’s knight in shining armor,” Sara told One Green Planet. “Halle loves to play dress-up and Prince is always along for the experience. More than anything Prince enjoys snack time with Halle. She always makes sure to give him little bits and pieces of whatever she is eating and enjoying.”

“The two of them are closer than ever, and Prince continues to keep a loving, watchful eye over his little sister,” Sara said.