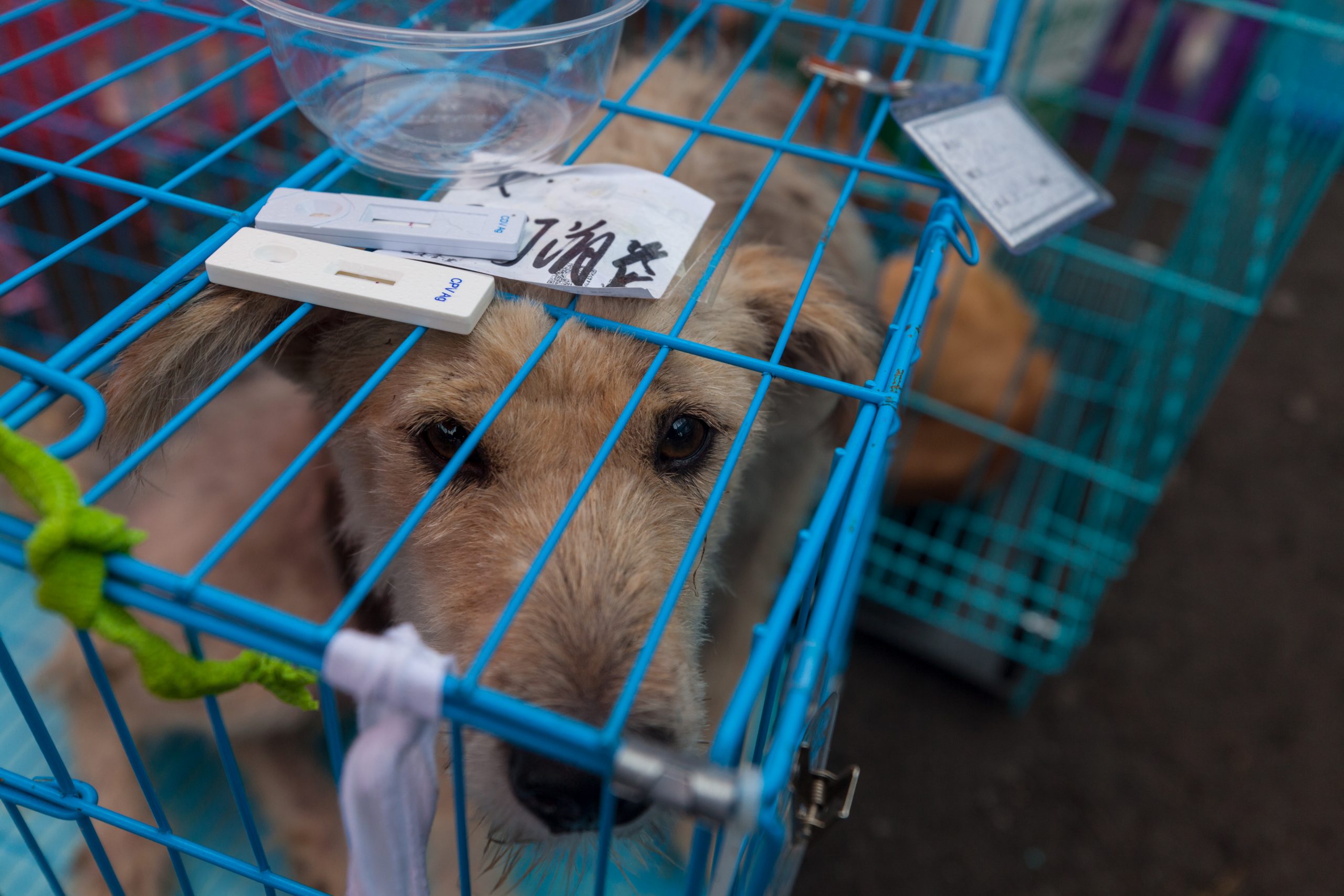 34 young dogs have been rescued from the illegal dog-meat trade and given forever-homes. They were saved by an American Charity named “No Dogs Left Behind” that operates a shelter in China. The dogs were flown on Air China from Beijing to New York to meet their new adoptive families.

After the plane touched down, the dogs were given treats and water before meeting their new families.

‘I’m going to love her with all my heart,’ said 11-year-old Auxence Goullier while holding her newest family member, a poodle.

‘It is a great feeling, holding him, knowing what could have happened if he wasn’t rescued,’ said Laura O’Keefe.

A further 45 dogs were then transported on Saturday as well.

No Dogs Left Behind confronts people working in the underground dog meat trade in China and tells them they can either hand over the dogs or be reported to the authorities. The dogs are usually then surrendered to the organization as the cost of the fines they would incur are more than they would make from selling the meat.

“The fines exceed the cost of the meat, which is why they turn it over,” said Jeff Beri, founder of the organization.

The dogs are then housed in the charity’s shelter in China before forever-homes in America are found for them.

This strategy has helped No Dogs Left Behind save nearly 500 animals from the illegal dog meat industry. They are hopeful to send another 140 dogs back to the United States in early 2021 to be given new homes.

Not only does the organization directly intervene in order to save animals, but they also lobby for the creation of international animal welfare laws. Beri continued to express worry that without action, underground dog meat industries could help contribute to a rise in zoonotic diseases, such as Ebola and COVID-19.

“No Dogs Left Behind believes no country has the right to slaughter animals recklessly and any country that does, it is time for sanctions and boycotting in any way possible because the next pandemic is coming,” Beri continued.

Sign this petition to stop the Yulin Dog Meat Festival.