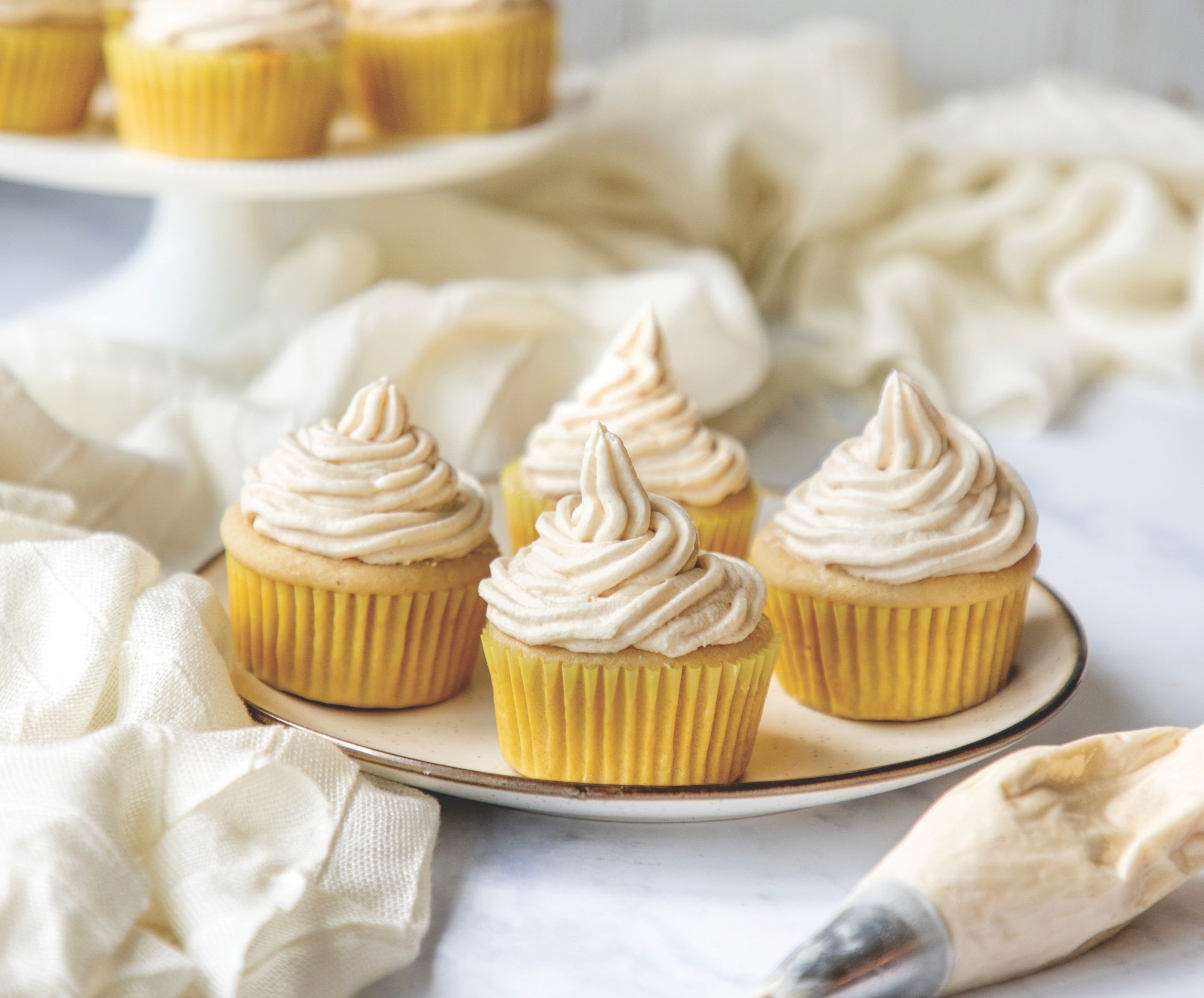 Don’t let this all-vanilla cupcake fool you into thinking it’s boring. It is light, fluffy, sweet (but not too sweet), and everything you want a cupcake to be. I guarantee, people will be asking you to make these on repeat

Francesca Bonadonna, of Plantifully Based delivers a fresh and creative approach to vegan cooking in her new book, Plantiful: Over 75 Vibrant Vegan Comfort Foods. With an emphasis on comfort, quality, and taste, she draws upon her Italian American heritage to bring familiar flavors and delectable dishes to your table.

Plantiful teaches you how to easily transform plant-based foods into hearty and nourishing meals. With an array of creamy, saucy, and crispy creations, Francesca dispels any misconceptions that vegan food lacks the pleasing flavors and textures of its non-vegan counterparts. Each recipe is made from high-quality but easily accessible ingredients, with a simple format that makes cooking both easy and fun.

Francesca guides you each step of the way in creating satisfying meals and snacks that are perfect for sharing. Whether you are a seasoned vegan cook or are looking to expand your repertoire of plant-based meals, she has you covered with over 75 foolproof recipes, along with kitchen tricks and tips for overcoming common challenges, allowing you to find joy and inspiration on your cooking journey!