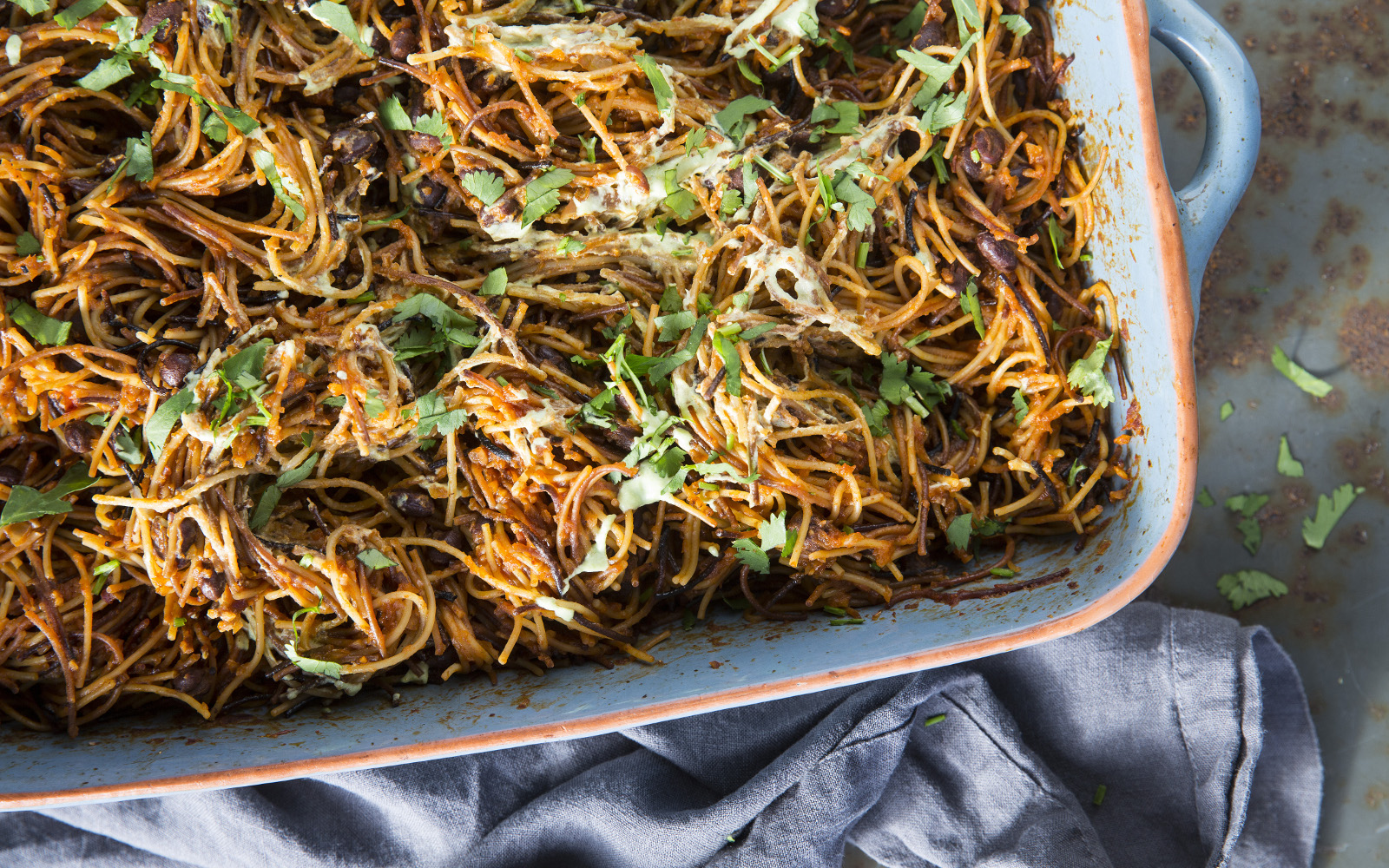 This amazing Peruvian pasta dish is totally delicious, spicy and atypical. It is nothing like Italian pasta dishes you know and love, but instead it is a delicious, peppery and creamy casserole of its own. Angel hair spaghetti is broken up and baked in a chipotle-infused sauce with black beans and plenty of cilantro. Make it and see for yourself!