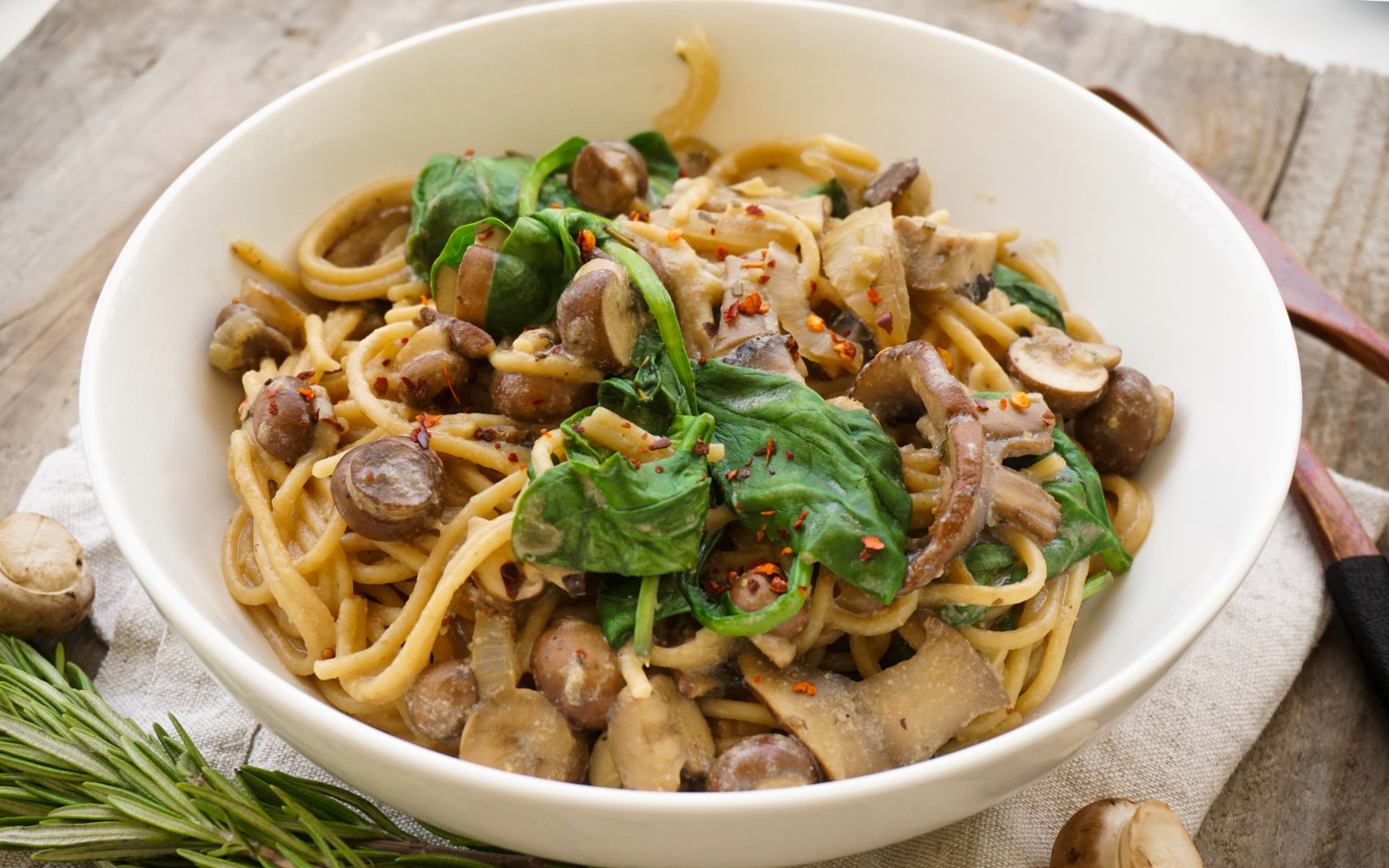 You may be skeptical of the idea of cooking pasta, its sauce, and all other ingredients in the same pot, but it’s so easy and equally flavorful as cooking the pasta and sauce separately! The dish features the classic combination of mushrooms and spinach in a creamy sauce. Once you've gotten this dish down, you can change up the pasta, sauce, and veggies in an infinite number of ways.

Per Serving: Calories: 384 | Carbs: 70 g | Fat: 3 g | Protein: 20 g | Sodium: 492 mg | Sugar: 6 g Note: The information shown is based on available ingredients and preparation. It should not be considered a substitute for a professional nutritionist’s advice.

Kirsten is the foodie behind The Tasty K, a food video blog promoting eating simple, healthy, and above all, tasty food! By experimenting with colorful and natural ingredients from all over the world, she seeks to inspire everyone to get creative in the kitchen and include more whole foods and plant-based meals in their diet.