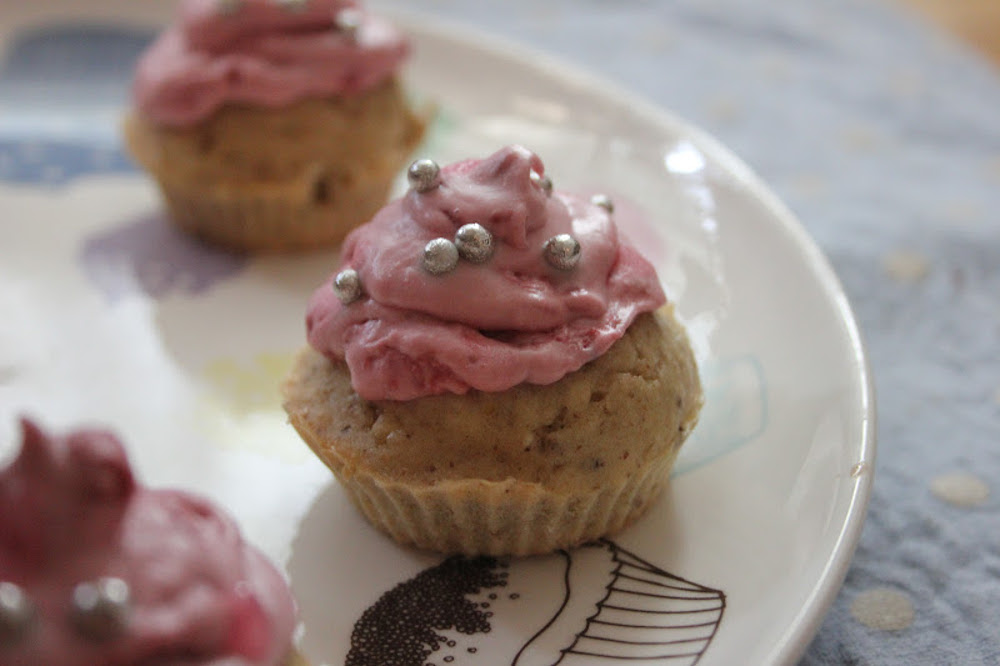 I know that cupcake frosting is typically made with vegan margarine and confectioner’s sugar, which equals mad calories and a sky-high fat percentage. I was interested in trying other ingredients to make an equally creamy type of frosting but with a slightly different flavor. Granted, these vegan Raspberry Vanilla Cupcakes still contain a lot of fat. I think that’s just inevitable when it comes to cupcakes. (I know, ladies, I feel your pain! It stinks!) But it’s a more natural type of fat than processed vegan margarine, so I think we can consider this half a victory. In any case, this icing is unbelievably tasty.