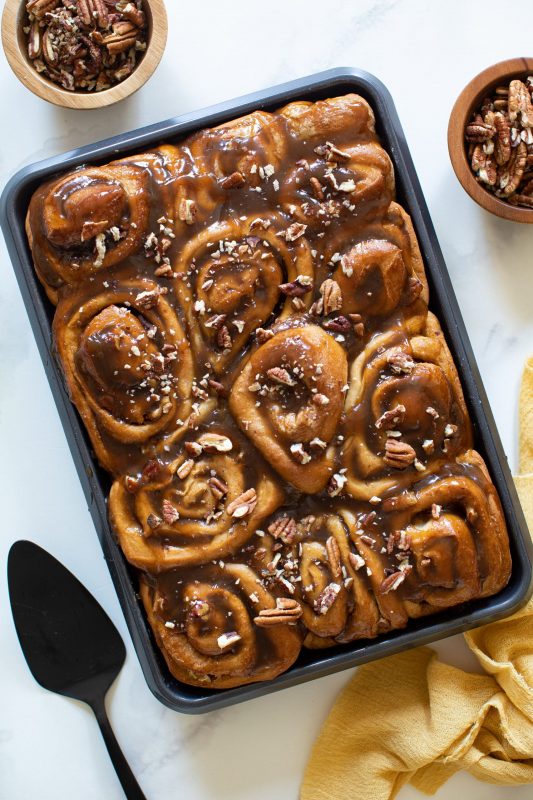 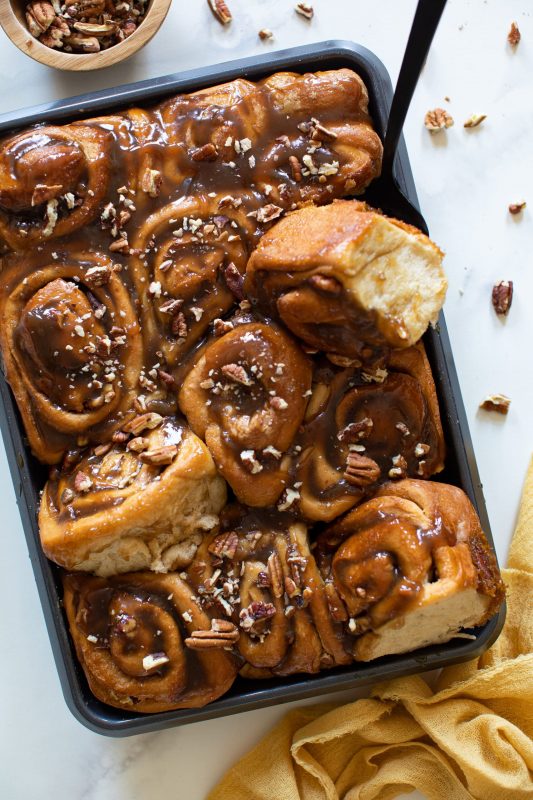 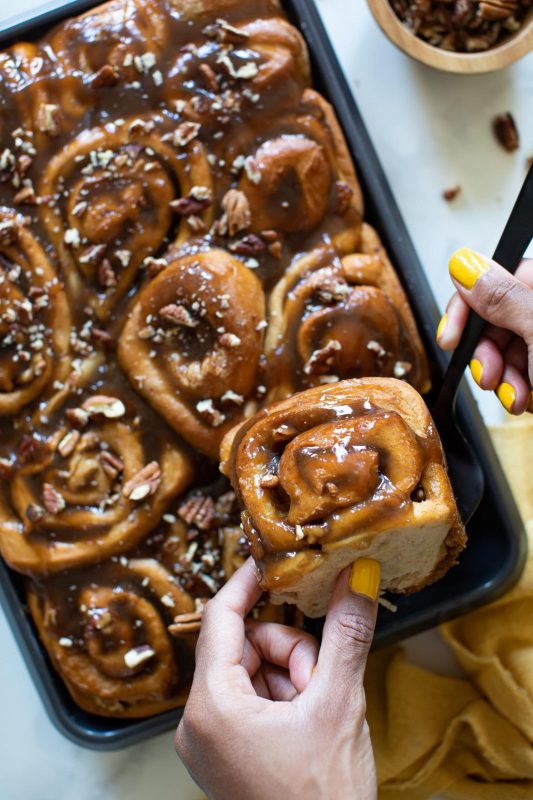 The Ultimate Vegan Pecan Sticky Buns—-comfort food at it’s best. These buns come completely fluffy, soft, thick, sweet, and surely does just melt in your mouth with every bite. Drenched in a delicious double-layer praline caramel sauce (top + bottom) and covered in pecans from top to bottom, these sticky buns offer a great balance between tender + crunchy in texture.

For the Praline Caramel Filling:

For the Brioche Dough:

For the Praline Caramel Filling:

RAPID (INSTANT) RISE YEAST VS. ACTIVE DRY YEAST: If you’re not using the Rapid Rise Yeast for this recipe, please know that the rise time will be twice as long (about 3 hours) since regular Active Yeast doesn’t work as quickly. TOASTED PECANS: Add chopped pecans to a baking sheet and toasting them in the oven (400 degrees Fahrenheit) for 10-15 minutes, tossing them halfway to avoid browning on one side. CANNED COCONUT MILK: You’ll need 1 (14 oz.) can of coconut milk. Simply remove coconut liquid out of can entirely and stir well until it is well combined and looks like actual milk. Use a portion of the recipe and tightly store the rest in the refrigerator for up to 3-5 days.

Food Blogger + Recipe Developer, Shanika, is part kitchen ‘ninja’ and connoisseur of interior decorating (hence her passion for beautifully staged food photos). She is a self-taught cook | baker, who has also partnered with top brands (Navitas Organics, SunButter, So Delicious Dairy-Free, Organic Valley, + more) to be the source for comfort food and sweets, with a healthy twist. She desires to help others turn the ‘little’ that they have into something magical---great food! On her blog, Orchids + Sweet Tea, you will find dairy-free, gluten-free, and vegan versions of your old + new favorites!