By Zuzana Fajkusova and Nikki Lefler 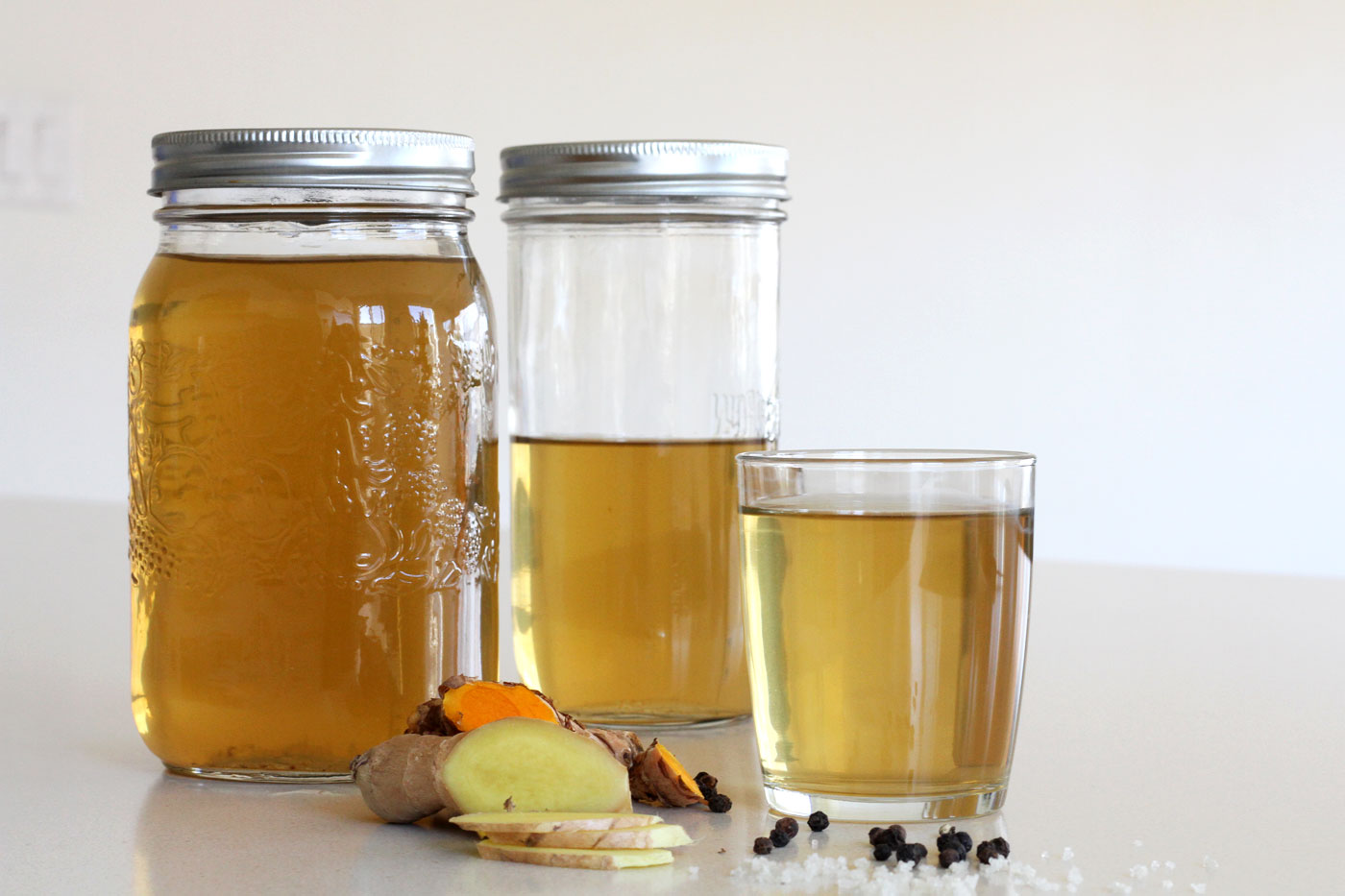 This Microbiome Veggie broth is for those who are looking to rebuild gut function and resolve issues like leaky gut syndrome, candida overgrowth, SIBO, and other health problems. It’s rich in plant-based amino acids, collagen promoting nutrients, trace minerals, and electrolytes. The recipe is fairly simple, though the ingredient list is a bit lengthy. It might be tempting to buy readymade broth from the store, but I encourage you NOT to do that!  The packaged broths are always full of sodium and with not much else. With this recipe, the idea is to pack an immense amount of flavour into the broth, as well as get the maximum number of nutritional benefits

You can save the vegetables you discard from the broth for another use. I will usually discard the ginger and keep the rest for a creamy Vitamix soup. Using less water gives you a more concentrated vegetable stock while using more water makes a lighter-flavoured version. Organic ingredients are ideal but you can also use conventional. Scrub the ingredients well if using conventional.

Zuzana Fajkusova and Nikki Lefler are Personal Wellness Coaches, authors of The Vegan Weightloss Manifesto, and all-around lovers of abundance and nourishment based in Vancouver, Canada. Through their blog Active Vegetarian, they inspire others to live a healthy, active, plant-based lifestyle.