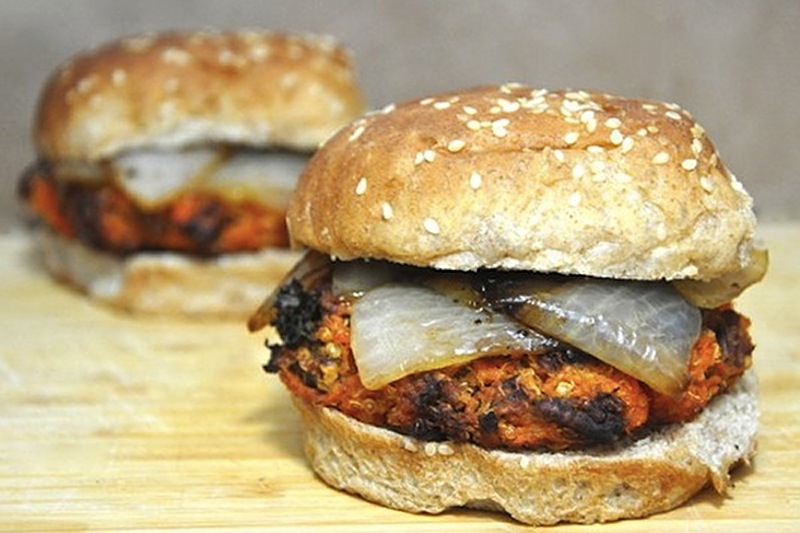 There are 9 billion land animals (down from 10 billion!) killed in the United States’ animal agriculture industry every year. That’s more beings than there are humans on the planet. And that doesn’t even begin to cover fish and the by-catch that comes with fishing. Despite the many reasons to eat plant-based, many of us are not ready to completely swear off chicken wings and mozzarella sticks.

Though One Green Planet advocates for a compassionate, planet-friendly, plant-based diet, we understand that not everyone is eager to clear their cupboards of anything that had a face or a mom. Fortunately, you can still save some lives and the planet even if you’re not ready to eat all-vegan (at least right now). So whether you want to go vegan or you just want to dabble in plant-based cooking, here is a list of ways you can cut down on your meat consumption without taking the full veg plunge:

By now, most of us have heard of Meatless Monday. Every week, you forgo your usual meaty pizzas and creamy pastas in favor of bright, fresh vegetarian flavors. This is for people just beginning to dabble in the world of vegan and vegetarianism. It’s not too threatening as it’s only one day a week, but if everyone partook, 1.3 billion fewer animals would suffer. That’s just a little less than the population of China!

Think about it. Most people eat some sort of animal product at every meal. Cereal with milk for breakfast followed by a turkey sandwich with cheese and mayo for lunch. Dinner might be a burger or chop suey. Try making lunch a vegan meal. That way, you’re cutting out 1/3 of the animal products you usually eat, but you know that you can always satisfy a craving later in the day if you feel you have to.

If everyone ate this way, we’d save 3 billion animals.

Written by Mark Bittman, “VB6 Eat Vegan Before 6:00 to Lose Weight and Restore Your Health . . . for Good” is a book designed to do just that. The good thing is the animals and the planet also benefit from this lifestyle change. Though pretty similar to the previous concept, this one takes it a step further. Instead of cutting meat consumption by a third, you’d cut down by two-thirds. That’s 6 billion animals saved if everyone ate this way!

Recently, I was having a conversation with a young man who said he could never be vegan. When I suggested he try eating vegan before 6, he said, “Yeah, I could see myself doing that the rest of my life.” The reason I like suggesting “Vegan Before 6” is that it makes it easier to stick with the plan during the day because at night you know you’ll be able to indulge in that ice cream sundae.

4. Cut Out One Animal Product at a Time

I find myself encouraging people to take the vegan transition slow and steady. Just like the tortoise, most people find this method to be more sustainable than jumping in all at once.

Start by cutting out chicken, as nearly 95 percent of the animals killed in this country are birds. That will make the biggest impact right away. Once that feels natural, cut out fish, then pig, then cow, then egg and finally dairy. Before you know it, you’ll be vegan and you barely batted an eyelash.

5. Play Around With Your Favorite Recipes

Make it a fun challenge to veganize your favorite meals. Whether you like a savory pad thai or a sweet chocolate chip cookie, there are plenty of ways to make it both familiar and vegan. Bring your family in the kitchen with you and enjoy the process. If you find that your favorite recipe tastes just the same the vegan way, why not continuing cooking it that way?