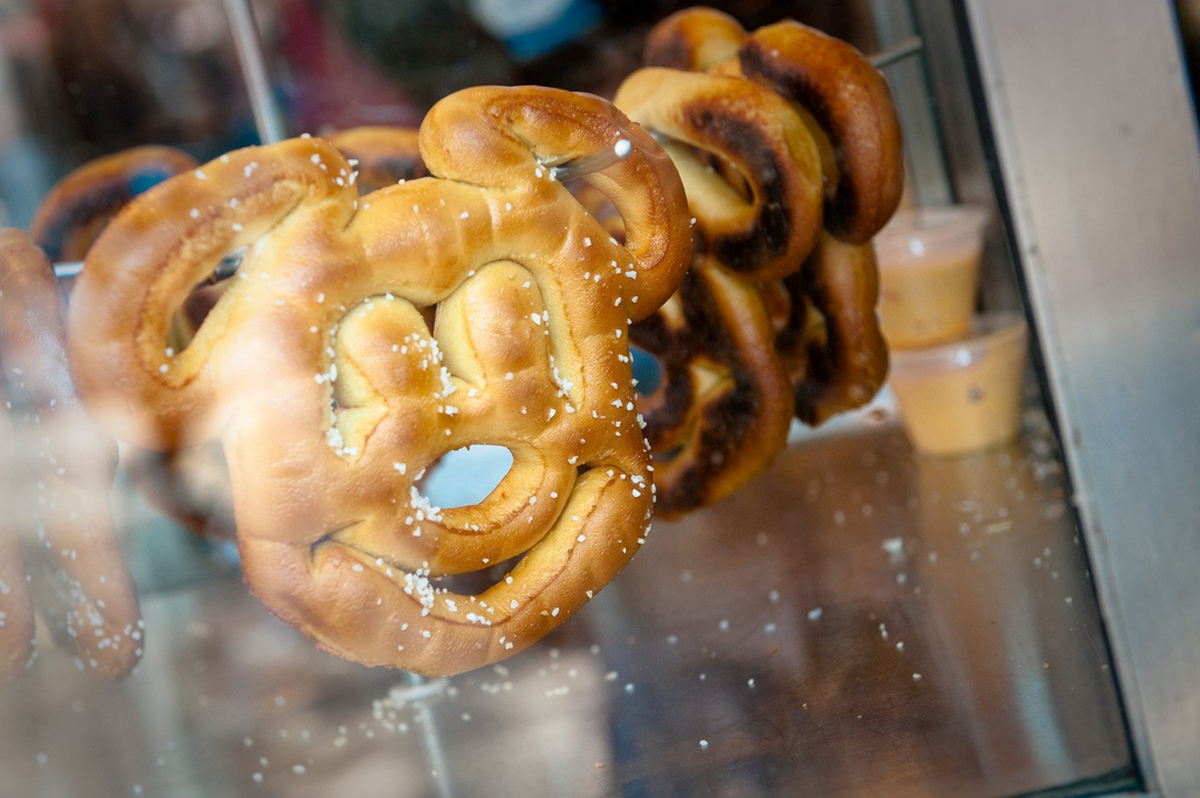 It’s summer time, which means a lot of people will be planning a trip to a Disney Park! To help out those of you who are vegan, we have  a list of eateries where you can get vegan food! At any of the park locations (even those not mentioned below) you can say you have dietary preferences and a chef or manager will be called to your table for you to customize your meal. Good service, right?

If you are still weary of accidentally eating something that is not vegan, the parks allow you to take your own food inside. Or, call up the park you are visiting in advance and tell them about your dietary needs. Each park has its own area where they sell fresh fruit in case you want simple food. Plus, pretzels and the Mickey Waffles at all of the parks are vegan too!

Topping the list is the Chef’s Vegan Burger made with a bean and vegetable patty, tomato, lettuce, pickled red onions, and vegan chipotle mayonnaise on a multigrain roll. Why does it top the list? Because it is explicitly stated to be a vegan burger! Carnation Café also has golden hash browns and mini Mickey waffles.

While a little pricey, the Portobello mushroom and couscous maque choux marinated in a balsamic vinaigrette with roasted corn and bell pepper couscous and sautéed spinach is very much vegan.

Although the name says “Vegetarian Gumbo,” this dish is very much vegan as well. Eat Drink Shrink says it is made Louisiana style with rice, onion, okra, tomatoes, and is served a sourdough bread bowl.

To avoid the high prices Disney parks are infamous for, try the Outback Vegetable Skewer which is essentially grilled vegetables on a stick. Chips, Mickey Mouse Pretzel, or a fruit cup are other vegan options here.

Need to cool off in the heat? Try either the Dole Whip Sorbet, Dole Whip Float, Dole Pineapple Juice, or Fresh Pineapple Spear.

A customizable dish here is the vegan pasta or vegan tower which features seasonal produce.

Although originally a vegetarian option, the Boardwalk field greens can be ordered without pecans or blue cheese and, according to Alt Disney, contains fresh greens, tomatoes, cucumbers, Craisins Dried Cranberries, golden raisins, and basil vinaigrette.

The taco salad with black beans, rice without cilantro sauce, and corn salsa are all vegan. The taco shells can be taken to the bar and stuffed with lettuce, salsa, and jalapenos!

Mix and match the Vegetarian Chili and fries or the chili and salad. This place also carries fruit cups so order one for dessert.

This little ice cream shop is tucked in to the end of Main Street USA, and they have two flavors of non-dairy ice cream – Tofutti (in chocolate or vanilla) and Rice Dream (in vanilla). Don’t order with the cone, it has honey in it.

This vegan, diabetic-friendly, gluten-free bakery was closed down for good on March 19, 2014. But fret not! Their desserts are still available at the following locations: The Beach Club Marketplace at Disney’s Beach Club Resort, The Boardwalk Bakery at Disney’s Boardwalk, Landscape of Flavors at Disney’s Art of Animation Resort, and Everything Pop at Disney’s Pop Century Resort.

This grill has their own greenhouse from which they source their produce. The farmer’s salad, rice pilaf, and garden veggies are all vegan.

The couscous with vegetables is a popular vegan option as is the Jasmina Salad and Assorted Mediterranean Salads for two in Restaurant Marrakesh.

If you want to quickly grab food and not dine in then order a salad, couscous, or any of the other North African dishes they have.

Any of the dishes in the San Angel Inn can be veganified by holding any non-vegan ingredients like meat, cheese, and sour cream. Then just add more of the other toppings like salsa, beans, and vegetables.

In this restaurant, you can make your own tacos with chips, guacamole, salsa, and any other side dishes to use as filling.

Although a little pricey, dining here will take you back to the golden age of Hollywood with classic American cuisine at a restaurant built similar to the original famous Brown Derby restaurant. The Noodle Bowl features wok-fried coconut tofu, soy beans, sugar snap peas, bok choy, and Shiitake Mushrooms in a redy curry broth.