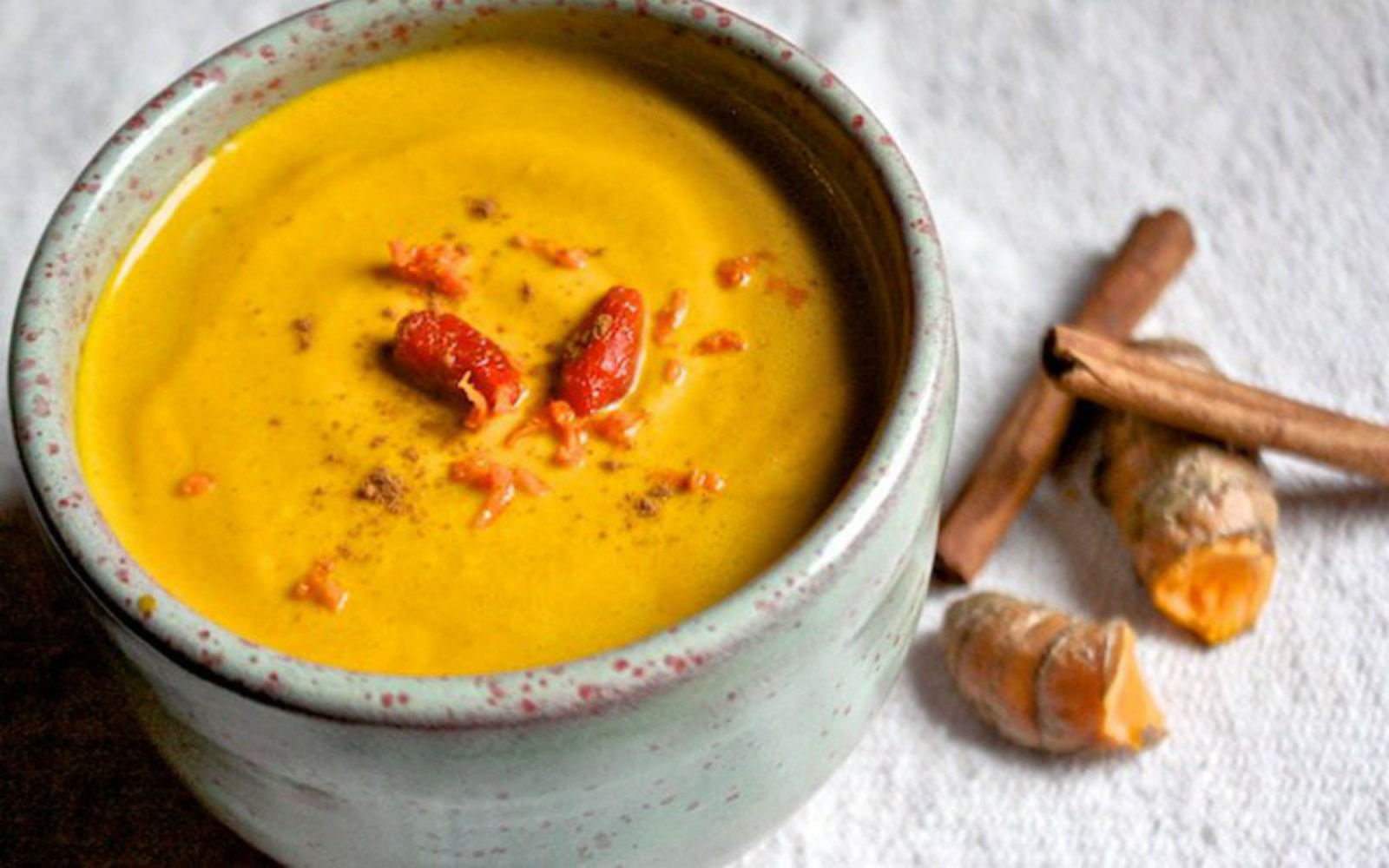 It’s officially September, which means cafes and restaurants officially have the right to launch full-force into promoting their coziest, snuggliest, and most warming of autumn fare. Starbucks didn’t even wait until September to begin promoting its popular seasonal favorite, the Pumpkin Spice Latte, and now it’s rolling out yet another treat — a new Latte With Turmeric, which is available to purchase in Starbucks London stores as of August 28.

Turmeric is an ancient spice that has recently been gaining a lot of popularity over social media (Google even called it a “breakout star” in 2016) for its vibrant, golden hue and mega-healing properties. Turmeric contains curcumin, a highly effective anti-inflammatory agent, as well as a host of other antioxidants, such as manganese, iron, fiber, vitamin B6, vitamin C, and magnesium.

Patrons can order this stunning drink from Starbucks with coconut, almond, or soy milk for a dairy-free treat.

The new Latte With Turmeric will remain available in almost 200 stores across the greater London and will run customers about £2.65 (or $3.41) for their smallest size.

Not in London? Make Your Own Turmeric Latte at Home!

While our fingers are crossed that Starbucks decides to bring this new drink over stateside, we’re totally down to make our own version of this creamy, healing drink while we wait! Luckily, our Food Monster App has all the resources you need.

This Sunshine Turmeric Latte by Buffy-Ellen Gill is silky and rejuvenating.

This luscious latte really takes the cake. If you’ve tried turmeric lattes that have been cropping up at cafes, you are going to absolutely love this homemade version. With its blend of silky smooth sunflower seeds and coconut milk, a spicy intoxicating medley of turmeric, ginger, cinnamon, cardamom, vanilla, and black pepper, and a dash of natural sweetness from dates, you can bring a touch of the local café to your home.

If you’re one of those people who drinks lemonade no matter the season, try out this Turmeric Glow Lemonade by Shannon Leparski.

This turmeric glow lemonade is a game-changer, mostly because it’s so lemony and a little bit spicy with a touch of sweetness. Refreshing and thirst-quenching like no other. You can mix this up in 30 seconds. Drink it any time of day when your body is thirsty.

What’s better than golden milk? Golden milk infused with goji berries! This stuff is pretty magical thanks to fresh turmeric. It’s got such a bounty of health benefits, not the least of which is its amazing anti-inflammatory properties. Turmeric also helps with sleep, and guess what? So do goji berries, so this is really a kicked up golden milk!

If you’re interested in finding some more awesome vegan recipes that use turmeric, then we highly recommend checking out these 10 Must-Try Healing Turmeric-Powered Elixirs and downloading our Food Monster App, which is available for both Android and iPhone, and can also be found on Instagram and Facebook. The app has more than 8,000 plant-based, allergy-friendly recipes, and subscribers gain access to ten new recipes per day. Check it out!