15 Fluffy Dairy-Free Cornbreads For the Perfect Side! 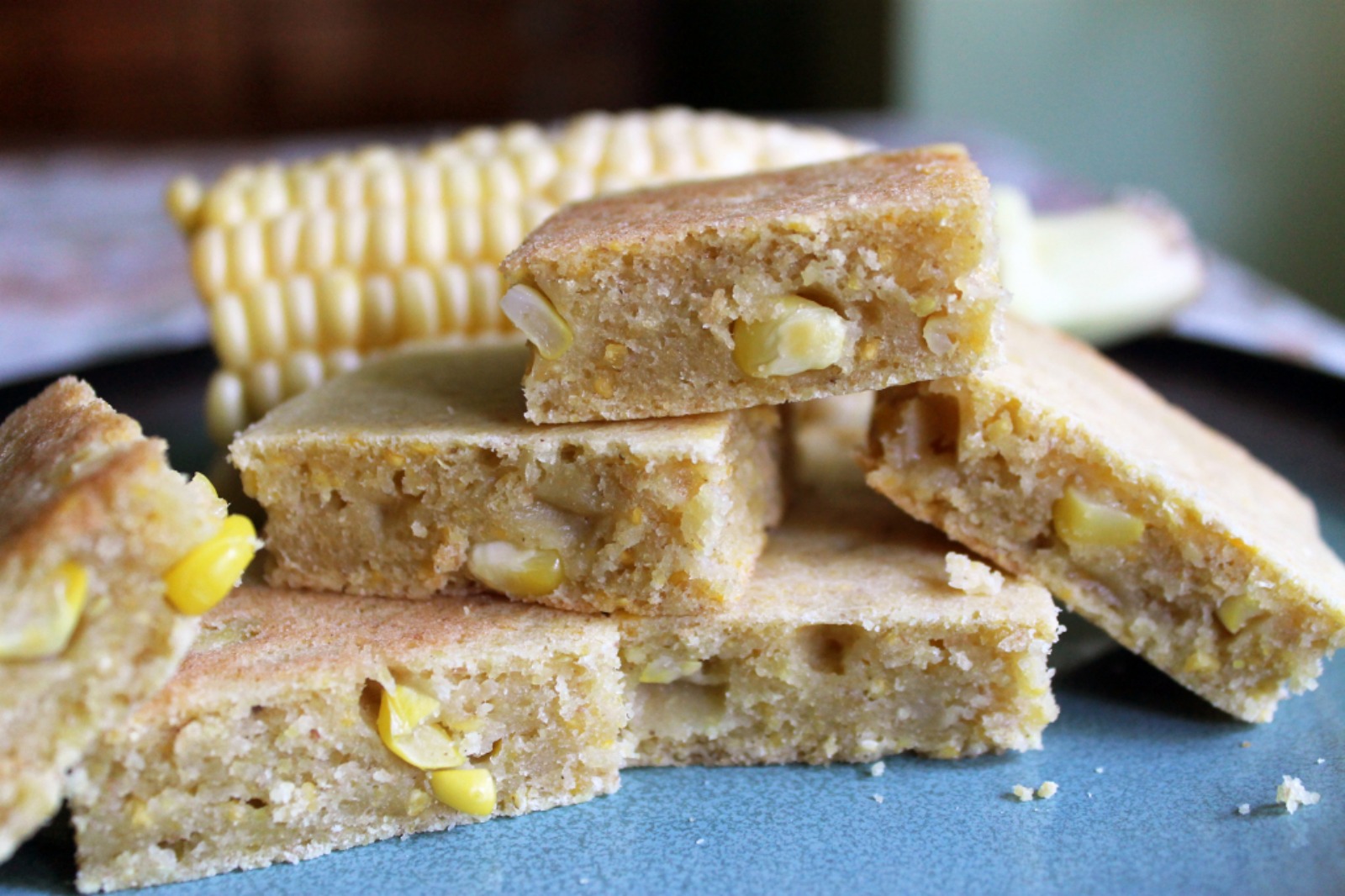 What’s better than a perfectly fluffy cornbread next to one of these 15 Juicy Vegan Stews From Around the World! It will lift the meal to a whole new level, especially with a good layer of vegan butter on top.

Be sure to check out these cornbread recipes from the Food Monster App, and dig into these on your vegan barbecue all summer long!

This will quickly become your new favorite cornbread recipe! And if you or someone in your family is a picky eater, this bread is a great way to sneak in some vegetables.  You gotta try Aaliyah Jenkins‘s Zucchini Basil Skillet Cornbread!

Missing a perfectly made side for your next party? Try Shea Cope’ tender Cranberry and Rosemary Cornbread! Great for any occasion, really – but really perfect for the summer barbecue!

Get ready for the ultimate raw, vegan, gluten-free and nut-free cornbread! Amanda Nicole Smith‘s Raw Bread is crispy on the outside like toast, soft on the inside like real bread.

Now, it’s time for Chrysta Hiser‘s Jalapeño and Blueberry Cornbread! This deliciousness is a true crowd-pleaser, so feel free to triple the recipe if necessary!

The buttery flavor of Renee Press‘s Buttery Cornbread Squares is attained by using a combination of avocado oil and a small amount of vegan mayo. This vegan and gluten-free cornbread is totally southern approved!

This delicious 8-Ingredient Fluffy Cornbread by Charlie Rioux has a touch of sweetness without being overly sweet! It is a vegan, whole-grain, oil-free, and slightly sweet fluffy cornbread!

The perfect marriage of two-holiday classics: cornbread and stuffing. Try Rene Barker‘s Herbed Cornbread Stuffing for the ultimate sweet and savory side dish!

Inspired by a New York restaurant, this macrobiotic cornbread is unlike anything you’ve had. Pats, cornmeal, polenta, rice, and whole corn kernels and sweetened with all-natural apple juice, this Macrobiotic Cornbread With Tahini-Miso Spread from The One Peaceful World Cookbook is everything you need!

A flavorful and hearty take on the cheesy cornbread, Elsa Brobbey‘s Jalapeño Cornbread Muffins With Harissa Butter are tender and savory. The batter is infused with a wealth of hot spices, sun-dried tomatoes, and nutritional yeast for cheesy flavor.

This amazing cornbread doesn’t get its namesake from vegan butter or oil, you actually get it from pecans! Supremely moist, nutty, and luscious cornbread – without any added oils, Brandi Doming‘s ‘Buttery’ Skillet Cornbread is it!

Orange cornbread is a sweet bread that is typically accompanied by coffee or tea. Or at a summer barbecue! Try out Kiki Vagianos‘s Greek Cinnamon Orange Cornbread, a sweeter take on the cornbread!

The only thing more delicious than golden cornbread dipped in chili is a cornbread casserole with chili filling! Get the perfect mix of sweet and savory with Melanie Sorrentino‘s Chili Cornbread Casserole!

This Whole-Grain Cornbread by Cathy Elton is healthier, more nutritious, and with heart-healthy oil! It also has less sugar than regular cornbreads, so you can eat it totally guilt-free!

These Pumpkin Cornbread Squares by Karielyn Tillman are delicious, dense, dessert-style cornbread full of pumpkin spice flavor. They don’t have a crumbly texture like cornbread but more dense and cake-like.

Diggin’ sweet bread? Here are 5 Vegan Monkey Bread Treats For Breakfast or Dessert! We highly recommend downloading the Food Monster App, it’s available for both Android and iPhone and has free and paid versions. The app is loaded with thousands of allergy-friendly & vegan recipes/cooking tips, has hundreds of search filters and features like bookmarking, meal plans and more! Check it out!