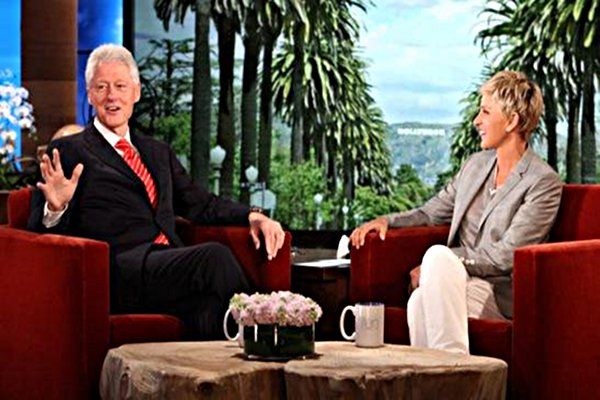 Former U.S. President Bill Clinton spoke with Ellen DeGeneres on her show about his life since adopting a vegan diet.

Clinton went vegan after having an angioplasty in 2010 and decided to make dietary changes to fight his cardiovascular disease. When Ellen, a devoted vegan, asked him how he feels now that he’s eating a plant-based diet, Clinton marveled at the health benefits experienced since changing his lifestyle. “First it’s just a good thing to do, it is healthier for you, you put so much less stress on your cardiovascular system,” Clinton said in response, adding that he now weighs less than he did in high school.

The health impacts of Clinton’s dietary changes have contributed to a growing mainstream view of the vegan diet.

Watch the clip below: