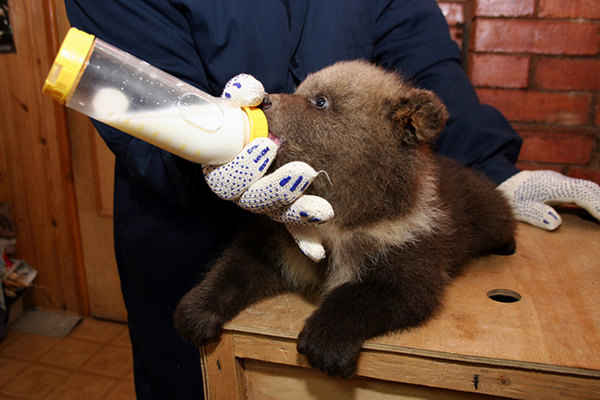 Each year, illegal bear hunting (also known as winter den hunting) leaves many cubs orphaned in Russia. This practice involves using dogs to frighten hibernating bears out of their dens late in winter, then shooting the mothers. The babies are often left to die or claimed as pets.

One Russian scientist and his family set out to help these baby bears, taking them in and learning how to raise them as nature intended. 16 years ago, the International Fund for Animal Welfare (IFAW) began backing Dr. Pazhetnov, turning his practice into a world-renowned rehabilitation center.

An IFAW representative was quoted: “The main thing is to put bears back into the wild. They don’t try and associate with humans, and they don’t cause problems with humans afterwards.”

Unfortunately, these illegal hunting practices still regularly occur in Russia. The country does not have its own animal welfare or anti-cruelty laws. IFAW Russia’s director noted: “It is very difficult to get a federal ban, because a lot of important people and officials are hunters themselves.”

IFAW is currently pushing for new legislation to be passed. Until then, hundreds of bear cubs (and their mothers) remain in danger. Check out the video below for more information.