A University Campus Is No Place for a Tiger! Let’s Send Mike the Tiger to Sanctuary 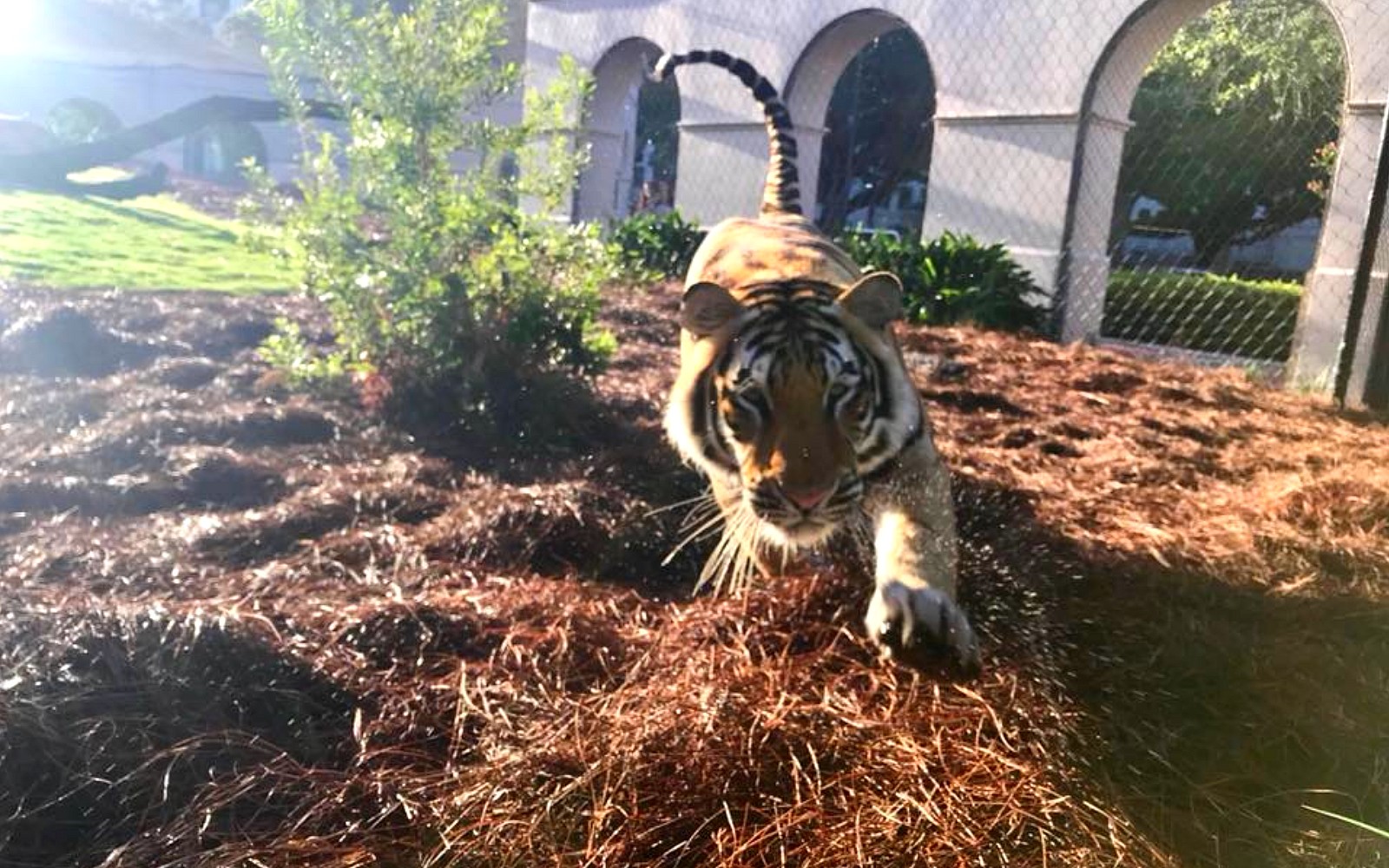 At Louisiana State University (LSU), the start of the new semester marks a year of an untypical resident’s life at the campus. Mike VII, a tiger, is the school’s live mascot, and he is not the first one – just as his name suggests, six other tigers have all been given the role of LSU’s mascot before him. A university campus is probably one of the last places that would come to mind as a potential home for a wild animal, even though, in this case, utmost care has reportedly been taken to make it as accommodating to the animal’s needs as possible. In spite of the good intentions, Mike’s life at the site is not the best option for him – nor is keeping the concept of “live mascots” alive beneficial in general.

According to LSU, Mike is a rescued tiger, and he spends twelve hours every day in his yard, only being brought in his night house after 8 PM While it is comforting that the animal is spending a lot of time outside, it still does not make his living conditions as good as they could be in a specialized sanctuary. A sanctuary would clearly be the best option for Mike, far surpassing the role and living space he has been assigned at the campus. At a suitable facility, he would not only have better living conditions and professional care but also would be able to socialize with other tigers and most likely even be prepared to be released back into his natural habitat, especially since Mike was only 11 months old when he arrived at the university last year.

Mike is made out to be a four-pawed celebrity at the campus and even has his own social media pages. The appeal of the animal is understandable – the tiger appears to be rather friendly and certainly makes a splash among many students. This, however, does not justify the tiger being given the part of a mascot and made to live in a limited space, while his future could have been very different.

LSU has made efforts to improve the tiger’s quality of life, including increasing the size of the enclosure and adding new outdoor activities. The big cat is not held at the campus out of cruelty and is provided with needed care, which matters immensely – but it does not change the fact that the campus life is not the best one that the tiger could have. Click here to sign a petition urging LSU to end the tradition of using live tigers as mascots and give Mike the best possible life he can have.