U.K. Can Cut Carbon Emissions by 26 Percent by Eating Vegan 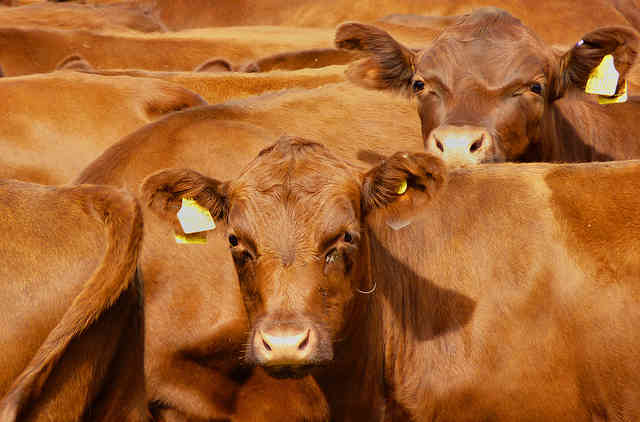 According to a new study published in the Journal of Energy Policy, greenhouse gas emissions from foods eaten in the U.K. are the equivalent of 167 million tons of carbon dioxide, and switching to a vegan diet could cut this by between 22 and 26 per cent. The resulting benefit to the environment would be equivalent to talking half of all cars off the road in the U.K.

Professor Nick Hewitt of Lancaster University, who carried out the research told the Independent that “Our analysis shows that informed dietary choices can make a significant difference to greenhouse gas – reducing food-related emissions by around a quarter – with additional health benefits.”

Professor Hewitt, along with colleagues from Small World Consulting calculated the impact of 61 foods, with fresh meat and cheese topping the carbon footprint league. Meat has a carbon footprint at the checkout of 37.4 lbs of carbon dioxide per kilogram. Cheese has 33 lbs. Cooked meats are also high at 24.2 lbs per kilogram, with bacon at 19.8 lbs.

The researchers speculate that the potential saving of U.K. becoming vegetarian could be as much as 40 million tons of carbon dioxide a year. “This is equivalent to a 50 per cent reduction in current exhaust pipe emissions of CO2 from the entire UK passenger car fleet,” said Professor Hewitt.