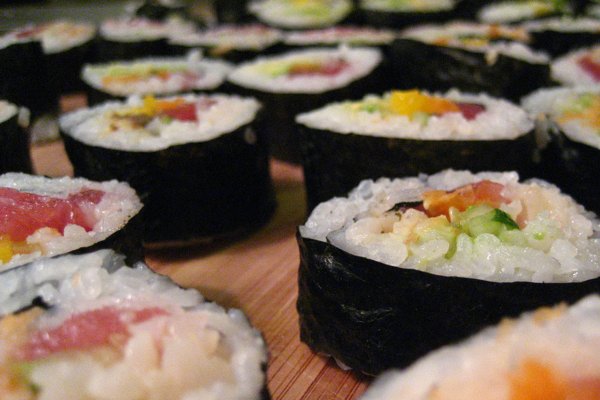 The Centers for Disease Control and Prevention (CDC) implicated Nakaochi Scrape tuna imported from a single processing plant in India for the outbreak. On April 13, the California-based company that imported the affected tuna voluntarily recalled 58,828 pounds of the product.

This outbreak and recall exposed the previously unknown practice of using a product called tuna scrape in commercially sold sushi. Now nicknamed “the pink slime of sushi,” tuna scrape is essentially a waste product scraped off the bones of the fish and ground into a paste. But unlike pink slime, tuna scrape is not treated with ammonia (or anything else) to kill bacteria.

While the new light shed on this gooey pink waste product certainly reduces its appeal, consuming tuna scrape may or may not be more dangerous than regular (raw) fish. However, there is plenty of evidence mounting that consuming fish, especially imported, raw fish, may not be the safest decision.

A whopping 85 percent of U.S. seafood is imported, and only 2 percent of it is tested for contamination. Unsurprisingly, fish is the #1 culprit in disease outbreaks caused by imported food.

But sushi lovers, don’t despair! There are plenty of delicious, healthy and SAFE veggie sushi options. Why not give them a try?