The Touching Story of a Sick Boy and His Rescue Dog 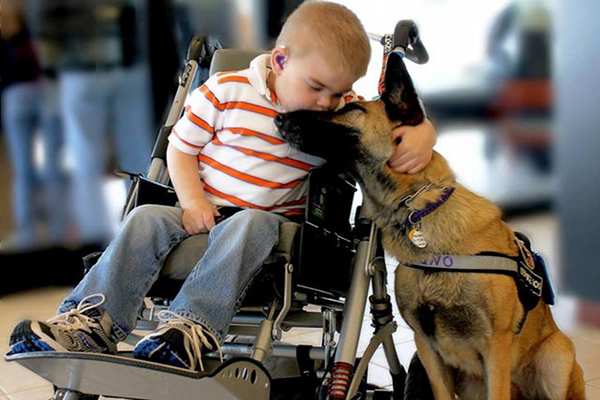 The story of Juno and Lucas is one of the most touching stories to have surfaced recently about the amazing relationship between humans and their companion animals.

Juno is a Belgian Malinois that was only days away from being euthanized; the beautiful dog was well tempered and seemed to have been given up by owners who were not prepared to take on the responsibility of the dog.

Lucas was diagnosed with Sanfilippo syndrome, a condition that impedes the bodies ability to process enzymes.

As his life continues he will lose the ability to speak and function and his physical and mental abilities will degrade till he is left in a vegetative state. The average life expectancy for sufferers is 15 years. The parents were devastated with Chester, Lucas’ father, saying, “The most catastrophic thing parents hear when they learn their child has this disease is that there’s no cure or treatment available.”

Chester wanted his child to enjoy his life on earth as much as humanly possible and looked into getting a service dog for the child. However, Lucas wasn’t a good candidate due to his deteriorating abilities, not to mention the $15,000 cost of the animal.

Undeterred by all of this, Chester looked into adopting a dog for his son. He found Juno on a website and drove two hours to meet her. Chester had worked with the breed in the police force and was familiar with how to train them. He put in the patience and hard work, and trained Juno while allowing her to become acclimated to Lucas.

Now, not only will Juno not leave Lucas’ side, she is also helping with his illness. According to Chester, “She has the ability to pick up on his neurological changes. Now she alerts us when Lucas is about to have a seizure or if his oxygen levels drop really low. She has saved him several times.”

Companion animals are beautiful things and they establish a bond that most can’t describe without feeling it. I know that I held my adopted dog a little closer after hearing this story. There are a lot of dogs out there that need good homes and that won’t be as lucky as Juno. So, if you think you’re prepared, you should look into giving one a nice home.